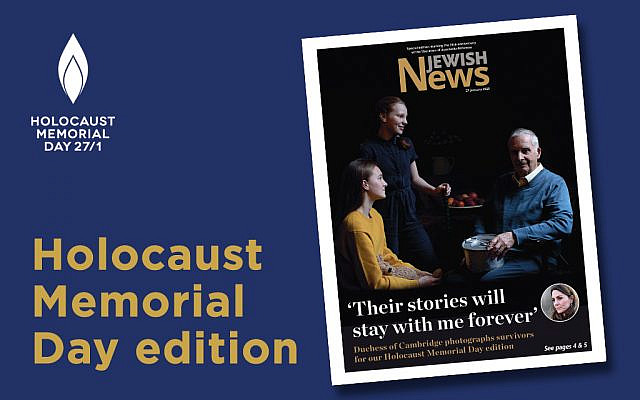 The Duchess of Cambridge’s poignant photographs of Holocaust survivors and their families will help bring this crucial initiative to the attention of millions worldwide – puncturing holes in the narrative of denial that still finds a place in dark corners of the internet.

But it requires further context to fully understand the significance of the future Queen’s involvement, alongside more than 10 professional photographers.

Of course Kensington Palace don’t routinely provide behind-the scenes detail on the machinations that go into such projects but to me, as the grandson of a refugee from the Nazis, it’s important people know this was far from a ‘point and click’ job. I hope that I won’t be sent to the Tower but this time I’ll take the risk.

Having approached the Palace six months ago with the seeds of an idea for a photography project involving the Duchess to mark 75 years since the liberation of Auschwitz, I was delighted (not to mention surprised given the weight of requests the Royals receive) to receive a call asking for more details. Further calls followed and it wasn’t long before Palace aides suggested bringing in the Royal Photographic Society, where she is a patron, to help make my vision of 75 images a reality, and involving the families of survivors to highlight their fortitude in building full lives after the horrors.

But I didn’t dare believe this project would happen until I learnt how much time and thought the Duchess was personally putting into it. The fine art graduate spent several days researching what she could bring to the table in order to best capture these individuals for the future. She was at pains to ensure the survivors were comfortable with the vision and that the spotlight was on the heroes to be pictured and not the Duchess herself. The idea of an exhibition bringing together all 75 images – most of which will be taken over the coming months by fellows of the RPS – followed .

Last month, the Holocaust Memorial Day Trust came on board to support the initiative and spoke in strict confidence to survivors to be photographed both by The Duchess and by RPS. We are also honoured to reveal the first cohort of these images today. Before meeting Steven Frank and Yvonne Bernstein, The Duchess spent significant time preparing for the photography session, and once they had arrived she spent nearly two and a half hours with them, getting to know them and their stories, and taking their photographs. Why give you all this background? It’s crucial because it shows that our Royal Family are determined to follow up oft-repeated words of remembrance with practical steps as, day by day, we bid farewell to more survivors. It shows they are personally ready to take on the message of the survivor generation to challenge all forms of hatred wherever it rears its ugly head. As the Duchess and Prince William wrote in the visitors book at Stutthof concentration camp two years ago: “All of us have an overwhelming responsibility to make sure that we learn the lessons and that the horror of what happened is never forgotten and never repeated.” In other words, the message is about the here and now at least as much as about the past.

It’s a lead the young Royals have no doubt taken from Prince Charles who has gone above and beyond to honour survivors and remember victims; he’s long been a regular at milestone events, has attended several fundraising dinners and, perhaps most notably, came up with the idea for a community centre in Krakow after witnessing first hand the need of survivors for a meeting place. Eleven years on, he still asks for progress reports on the centre’s growth. 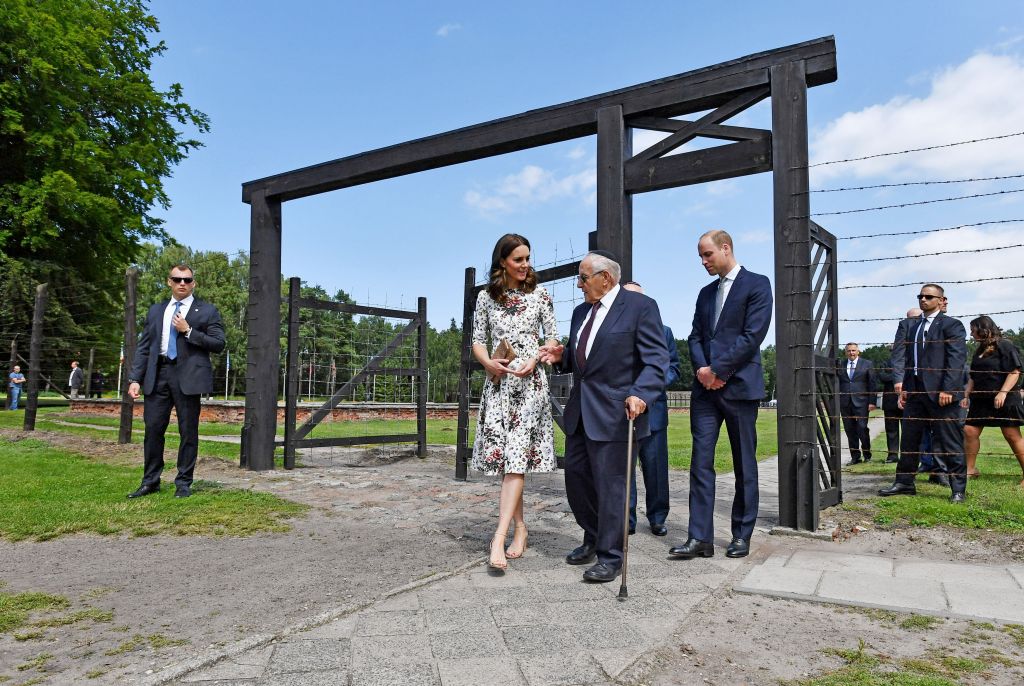 I remember several years ago discussing with my grandma, who came to Britain on the Kindertransport in 1939, an upcoming gathering of her fellow former refugees and being struck by her almost casual approach on the question of whether she would receive that golden ticket to meet Charles.

It was a reaction that I assure you had nothing to do with the heir to the throne’s small talk and everything to do with his stand-out commitment on this issue. This had afforded her the honour of previously attending at least two events with HRH – and she understood that it might be someone else’s turn.

This week, it was wholly fitting that Yad Vashem was the centrepiece of HRH’s first official visit to Israel this week. You didn’t need to be a world leader in Jerusalem to see this visit was deeply personal for him and not just because his great-grandmother is honoured at the museum for saving Jews during the Holocaust.

Just as he’s always worn his appreciation for the survivors and their contribution on his sleeve, so too I was always aware how much his support was appreciated by my grandma and her fellow survivors. She often spoke about how important it was to her that her grandchildren knew what happened in order to relay the memory – and the media spotlight that follows the Royals means they can amplify the survivors’ stories to the world like few others.

When she passed away four years ago, we discovered a copy of a special issue of the Jewish News marking the 70th anniversary among the few papers she had kept. It was guest edited by four survivors – only two of whom are still with us. As we bid farewell to the last survivors at a time of rising antisemitism, Islamophobia and other hate crime, the importance of four of the most senior Royals all using their platforms this week to shine a light on what man is capable of can’t be overestimated.