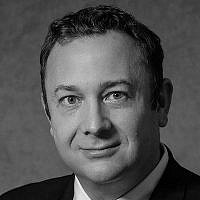 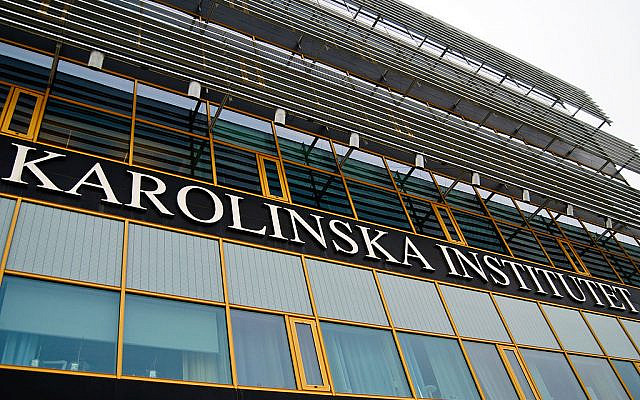 According to recent news reports, Swedish prosecutors are calling for the destruction of a book about the county’s collaboration with the Nazis during World War II. The chilling effect of government intrusion on free speech is always a grave concern, but it is all the more so when the effect of that intrusion is to prevent criticism of government collaboration with one of the worst atrocities in human history.

Particularly appalling is the manner in which the Swedish government set about silencing speech about its Nazi collaboration: misusing copyright law as a weapon. Apparently, the book’s cover contains an image of a tiger with Sweden’s national colors of blue and yellow, wearing a Swastika armband, and performing a Nazi salute. A similar image, but without the Swastika or Nazi salute, was originally used in a 1941 Swedish propaganda campaign, and is currently copyrighted by something called the Military Readiness Museum – which called the police on the book’s author. This is a perfect example of lawfare, which in this case is using copyright law as a weapon to attack and stifle speech the plaintiff (here, the Swedish government) does not agree with or like.

Leaving aside the big problem – the government stifling criticism of historical anti-Semitism – there are many small, nagging questions that should be answered: Who thought it would be a good idea to afford legal protection to shameful wartime propaganda? Who at the Military Readiness Museum was so offended by what is, under most copyright laws with which this author is familiar, fair use, as to contact not the author or a private attorney, but the police in order to pursue a prosecution? In other words, who at the museum wants to stifle valid criticism of Sweden’s past and, more importantly, why are Swedish prosecutors going along with this?

To be fair, Sweden’s history during World War II as a neutral country is, at best, fairly muddled. On the one hand, it supplied the Nazi war machine for years with raw materials, and even provided volunteers for the SS. On the other hand, it eventually did take in a number of Jewish refugees – though by no means all refugees, and not until the tides of war were starting to shift. It is perfectly reasonable to write a book exploring the country’s wartime actions, and it is shocking that the government would involve itself to bar free speech on this subject, especially on such a tenuous legal basis.

Or perhaps it isn’t so shocking after all. For a country that prides itself on a democratically-governed free and open society, there have certainly been a number of incidents recently that question the government’s commitment to the equality of the Jewish community and to combating anti-Semitism, let alone to basic principles of fairness.

Take, for example, the Karolinska Institutet. Generally regarded as one of the top medical universities in Europe, it is the home of the Nobel Assembly, 50 professors who select the Nobel Laurate in Physiology or Medicine each year. Given its prominence, and its reputation for research and innovation (with the notable exception of the Paolo Macchiarini scandal), one would expect the Karolinska to prioritize science over politics. However, although medical science may be indifferent to religion, the Karolinska’s administration seems to be biased against the Jewish community.

Just last year, an investigation laid bare the fact that Inti Peredo, a chief physician and department head at the Karolinska’s neurosurgical clinic, had been targeting Jewish doctors. Apart from clearly anti-Semitic internet posts (which, for example, drew comparisons between Israelis and Nazis), he allegedly prevented Jewish doctors from performing certain types of surgery, gave them lower wages, and prevented them from conducting research. This, of course, was in addition to disparaging comments he routinely made.

After a doctor found the courage to complain against this harassment and abuse, the Karolinska launched an internal investigation, which cleared Peredo of wrongdoing. But not so fast; the government’s  Employment Ombudsman (D.O.) performed its own investigation, and concluded that the hospital’s purported investigation was highly flawed. More than that, the D.O. decided to conduct additional investigations, given the severity of the anti-Semitic conduct involved. These investigations are still ongoing.

Based upon the news reports of the claims and investigations, it seems fairly clear that anti-Semitism has been allowed to flourish at the Karolinska. It speaks volumes that Dr. Peredo has been allowed to return to his position after a brief suspension, while his victims live with the uncertainty of their employment situation and the genuine fear that they will suffer repercussions for reporting anti-Semitism – not to mention the fear of increased Jew-hatred at the hands of a system that, for now, has failed them.

When systemic abuses occur  – such as by an overzealous prosecution of copyright laws, or by a medical institute failing to implement anti-discrimination laws – that allow anti-Semitism to flourish, it is essential to shine a bright light on the abuses in order to effect positive change. The government should not be prosecuting an author for using a cartoon of a tiger on the cover of his book detailing collaboration with the Nazis. It should be pursuing a case against a medical institute that blatantly disregards the rights of the Jewish community to be free of discrimination and hatred. At the end of the day, it should be the museum representative who called the police, and the medical director who espoused anti-Semitism, who find themselves in the dock. Not their victims. Liberal democracies like Sweden must not tolerate abuse of power or anti-Semitism, but rather fight against them.