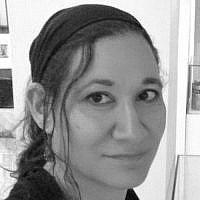 The Blogs
Sarah Ansbacher
Apply for a Blog
Please note that the posts on The Blogs are contributed by third parties. The opinions, facts and any media content in them are presented solely by the authors, and neither The Times of Israel nor its partners assume any responsibility for them. Please contact us in case of abuse. In case of abuse,
Report this post. 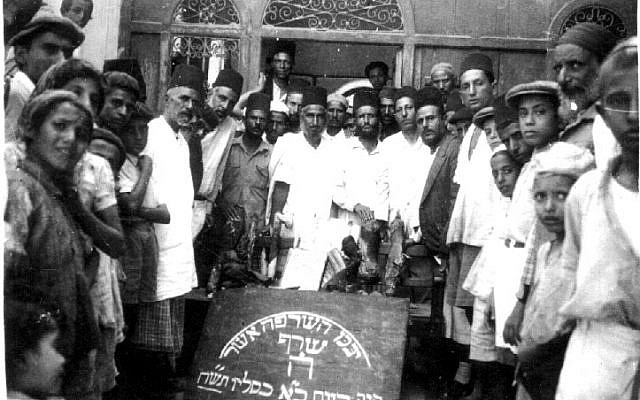 1947 – Jewish community of Aden in the aftermath of the riots. (Image courtesy of Danny Goldsmith and Aden Jewish Heritage Museum)

Is the pen mightier than the sword?

I’m undecided. But the pen can be mighty, a positive force for good, as I learnt this past week. Let me tell you the story.

Last Monday, I received a text from a friend which reminded me it was December 2. On that date, in 1947, violent riots broke out in Aden. It led to the brutal murder of 87 members of the Jewish community. Each year, on the equivalent Hebrew date, the community, together with the Aden Jewish Heritage Museum, holds a special memorial evening. But after my friend’s message, I felt compelled to note the significance of the civil date. So I wrote a short post on our museum Facebook page. And I added a link to an article about the riots I co-wrote for the Times of Israel which explains the background to what happened.

The response we received was poignant; some shared their family’s story, many shared the post. And then, the following day, we received a message from someone who had seen the post. An Arab Muslim, still living in Aden (today part of Yemen, and suffering from the violence of the ongoing civil war). This is some of what he said: “We are all Adanies. What happened in 72 years ago hurt us all. And we still facing a genocide in Aden since then till those days. So sorry and we will never forget…”

Touched by his words, I sent a message in return on behalf of our team and the community, to thank him for his heartfelt message. I told him we hope things will improve so they can live in peace and safety. And I and expressed a wish for peace one day between all of us.
To which he replied: “… Thank you my brothers.”

The memorial evening to remember the 87 Jews of Aden and Yemen murdered in the riots will take place on Wednesday 18 December from 4pm at the Aden Jewish Heritage Museum, 5 Lilienblum Street, Tel Aviv. The event is open to the public. There will also be an opportunity to tour the museum and learn more about the vibrant history of the community.

About the Author
Sarah Ansbacher is a writer and storyteller. She also works part-time at the Aden Jewish Heritage Museum.
Related Topics
Related Posts
Comments