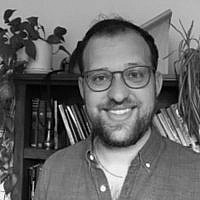 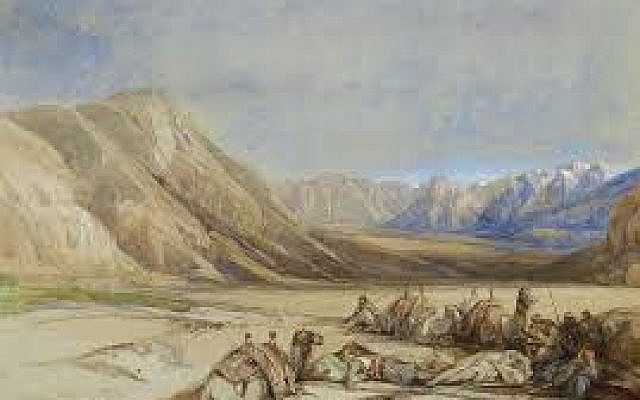 In the Jewish lynch mobs (I shudder to type those words) that roamed Israel’s cities during the recent violence, Hitler won a posthumous victory. There is a new distinctly post-Holocaust understanding of the Jewish theology of chosenness, which reared its head in the episodes of Jewish supremacist violence.

Now, Jewish tradition on the issue of chosenness has never been altogether egalitarian. God chose the Jews; God loves the Jews. The flipside, of course, is that everyone else was passed over.

Yet, at its best, Jewish chosenness has emphasized the special responsibilities incumbent on those whom God has chosen. This responsibility takes the form of the 613 mitzvot—acts to do or refrain from—that Jews are supposed to observe. This is not all, though. There is also a pervasive sense that Jewish conduct is a referendum on God’s decision to elect them. Jews who are serious about having been chosen by God don’t want to make God look foolish. They don’t want to tarnish the reputation of those treasured by the Almighty.

So, the question of election has always been a crucial aspect of how Jews are seen by others—that is, of Jew-Gentile hostilities. But, in the recent acts of Jewish violence in Israel, this theological question has become an even more urgent political question.

The state of Israel—a Jewish state—has its own ambivalent relationship to the idea of chosenness. On the one hand, the original vision of political Zionism entailed giving up on the idea of election in exchange for becoming a people like all others with a state like all others. The sign of Zionism’s success was supposed to be the demise of the political fact—statelessness—and the theological fact—patiently awaiting moshiach—which had made Jews special.

On the other hand, Israel was founded on the very land once promised by God to the Jewish people for the express purpose of living according to the covenantal agreement—that is, scrupulous observance of the Torah’s commandments in exchange for unsurpassed intimacy with God.

But, the state of Israel was not founded in a vacuum. Its establishment in the shadow of the Holocaust re-inscribed the idea of chosenness, but in a very different way. The Holocaust intensified the idea of Jewish exceptionalism even if God’s role was now cloudier and more controversial. Jewish election was no longer all about God. Instead, it was about the exceptional way in which Jews had suffered and been murdered.

After the Holocaust, it could be argued that the Jews were no longer chosen as a conduit for God’s presence in the world, but to reveal the essential barbarity of non-Jews. The link to Israel becomes intuitive: because of Gentile barbarity, Jews can only be safe in a Jewish state with an overwhelming Jewish majority and a no less overwhelming military advantage.

And, indeed, the Jewish mobs that roamed Lod, Ramle, and Bat Yam think they are special in exactly this way. However much they see themselves as the most beloved of God, their special privilege is really tied to the presumed inhumanity of their non-Jewish neighbors. For them, the very existence of Arabs in a mixed city is an affront. They have no doubt that they are scum.

These Jewish supremacists believe that the Nazis taught the world that anyone who broaches conflict with a Jew has succumbed to their Gentile barbarity. Only Gentiles who express unconditional love and loyalty to the Jewish state are spared this fate. This is an outrageous and unrealistic expectation of philo-Semitism, which only Evangelical Christians seem fond of. The question of how Israeli Arabs—who are relentlessly demonized by Israel’s leaders—could possibly adhere to this standard is left unasked.

They are expected to simply declare loyalty to a Jewish state and confess the loathsomeness of their Arab-ness. This, of course, is not to deny instances of Arab antisemitism and violence. Indeed, these all-too-common instances only fortify the diseased conviction that all Gentiles are barbarous with the hard-to-refute cement of lived experience.

Some may believe that Jewish mob violence is strictly a matter of self-defense. They make the old argument that the Arabs seek Israel’s destruction and that Israeli Arabs are just an enemy population within the state. It must be said, in turn, that this argument belies a deep dependency ingrained in the new meaning of chosenness.

If the new meaning of election is the incorrigible barbarity of all those that don’t simply submit to Jews and the Jewish state, then every Arab with any complaint against Israel necessarily possesses genocidal intentions. When you pull him from a car and pummel him within an inch of his life, he is only—so far as you’re concerned—getting what he would do to you if only he could. You’re only neutralizing the barbarian before he can barbarize you.

From the other side, some might say that this talk of theology and election is hopelessly bound up with nationalist violence. This argument is far too uncharitable to those who have struggled to find God in the cataclysms of the 20th and now, lamentably, 21st centuries. The rejection of all talk of theology and chosenness demands that after crusades, pogroms, and the Holocaust, Jews are not only supposed to die but to give up their raison d’être as Jews. The assertion that conflates every idea of chosenness with Jewish supremacy winds up sacrificing among the most potent spiritual resources that Jews have to contest the barbarization of Judaism—that is, the understanding that the reputation of the Jewish people bears directly on God’s reputation in the world.

Jewish supremacy is gaining traction in the Jewish state. It is winked at by its Prime Minister and enthusiastically endorsed by his allies. These supremacists believe their rampages were sanctioned by one of the most important tenets of Jewish tradition. For those repulsed by this violence, no adequate response will come from evading the theological source to which it is connected.

The fate of Israeli Jews and Arabs—and perhaps Judaism itself—hangs in the balance.

About the Author
Judah Isseroff is a PhD candidate in Religion, Ethics, and Politics at Princeton University. His dissertation "Beyond Political Theology: Hannah Arendt's Jewish Theology of Givenness" gives a novel theological interpretation of Arendt's writings on Jewish politics and antisemitism. He lives in New York with his wife and their twins.
Related Topics
Related Posts
Comments