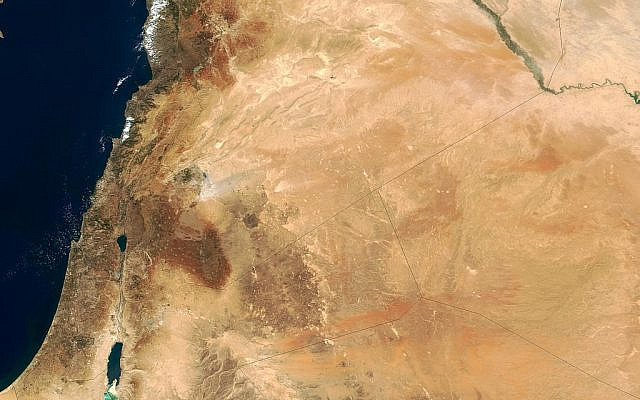 2020 — what a tumultuous year! Pandemic, politics, and pandemonium reigned, and while many of us were working from home, Biblical scholarship and archaeology were continuing where it could, producing some of the most remarkable discoveries that throw the text of the Bible into high relief.

Here are ten of the most important discoveries associated with the Bible made in 2020. With all the good work done in such difficult circumstances, we’re excited to see what 2021 will bring. 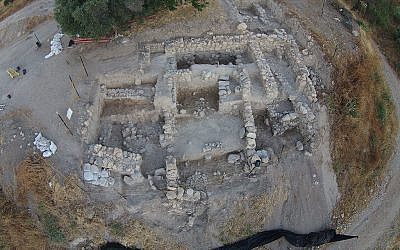 Abel Beth Maacah, a large archaeological site on the northern border of Israel, was thought to be outside of the Hebrew domain during 10th-9th centuries BCE. Now, a Hebrew name-tag on a wine jar is changing that view.

After reviewing the pottery finds from the 2019 season, archaeologists discovered a Hebrew inscription on the top of a wine jar read “leBenayau,” meaning “belonging to Benayau” and dating to the 10th-9th centuries BCE. It was located with other containers in a cellar likely belonging to Benayau. The name is clearly theophoric (meaning it includes the name of a god – in this case Yahweh Himself), showing that people who followed the God of Israel lived in the city during a time when most scholars said it was abandoned.

This leaves the intriguing possibility that Abel Beth Maacah was indeed inhabited by Israelites during the reign of King David – much earlier than before thought. Read more about the discovery here.

2. The Royal Estate of the Israelite Kings 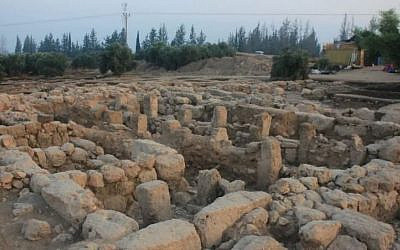 Archaeologists have dug up a huge building at Horvat Tevet in northern Israel dating to the 9th century BCE. Close by the middle area, excavators found a manufacturing district, with big vessels representative of the House of Omri. The academics associated with the unearthing have proposed the enormous zone acted as a country property for the Israelite kings. Read more about the estate here.

3. All the Dead Sea Scrolls Purchased by the Museum of the Bible are Forgeries

Shockingly, all the fragments of the Dead Sea Scrolls currently in the collection of the Museum of the Bible have now been determined forgeries.

How did this happen? For its opening, the founder of the Museum of the Bible Steve Green gave some Dead Sea Scroll pieces to the museum; but, the origin of the pieces was not known. Some scholars even proclaimed them counterfeits and so the museum sent a few off for analysis. In 2018 the museum made public that specialist scrutiny found that five of the sixteen pieces of the Dead Sea Scrolls were copies. Finally, in March 2020, it was established that all sixteen snippets were fake. Read the full saga here.

In a temple located at Tel Arad, just west of the Dead Sea, new analysis of incense residue led to an extraordinary finding: cannabis may have been a part of that incense.

Inside the sanctuary likely dedicated to Yahweh a pair of incense altars were unearthed. Unknown black matter on the altars was analysed and a residue of cannabis and frankincense noticed. As such, it is the first finding of cannabis in a religious context in Judah and may have bearing on what we know about worship in ancient Israel. Read our full article here.

5. Some of the Dead Sea Scrolls Originate from Outside Qumran

The advanced study divulges that the diverse scrolls from which the pieces come were from places far from the Dead Sea. This hypothesis is founded on genetic proof that bits of the Dead Sea Scrolls collection was written on calfskin from beyond the Dead Sea. Before, it had been assumed that the scrolls were produced from goats who lived locally.

This would lend credence to the often-denigrated Jerusalem origin theory, as proposed by Norman Golb and others. This theory suggests that scrolls were produced in various libraries across Jerusalem – a theory that has gained physical as well as linguistic evidence now that we know the geographical range of the fragments. Read the full study here.

6. A New Analysis of Teeth Shows that the Hyksos weren’t Invaders

The Hyksos, a group of Semitic and Levantine origin, ruled over northern Egypt from about 1650-1550 BCE. For the Egyptians, this was a disaster, and throughout the generations, the Hyksos were remembered as foreign invaders who seized control. But modern Egyptologists have questioned this narrative and believe that rather than invasion, a gradual migration is far more likely.

Now, new chemical analysis of Hyksos teeth seems to agree with the latter argument – that the Hyksos were not foreign invaders, but had settled in Egypt for some time. Even more fascinating the analysis showed a variety of isotope values, which might mean the Hyksos came from many places rather than one homeland.

For many years, scholars have drawn parallels between the Hyksos and the Hebrews, both of whom left Egypt for Canaan. The evidence that the Hyksos may have had diverse origins certainly suggests the “mixed multitude” that left Egypt in the Bible. Read the full study here.

A huge hoard of Judahite seal impressions has been exposed at an enormous First Temple-period centre being dug up in Jerusalem. The principal Iron Age building is unusual in dimensions and type. Revealed near the Old City, the area is thought to have acted as a managerial hub throughout the reigns of Judahite kings Hezekiah and Manasseh.

Pot handles stamped with Hebrew lettering were found at the location, demonstrating that the place was used as a storage and levy centre. Widespread among the engravings is “LMLK,” or “Belonging to the King,” a method of showing that the contents had been earmarked for the royal house. Read more about the mammoth discovery here.

An amazing find in the City of David revealed three 2,700-year-old ornamented column capitals from the First Temple period that show a link to King David and his dynasty. The style of the capitals mirrors that used in other official buildings from the same period, suggesting that such a building stood in Jerusalem itself.

Utilising artefacts discovered and the depth of the find, archaeologists dated the capitals to the 7th century BCE. Read more about the column heads and their significance here. 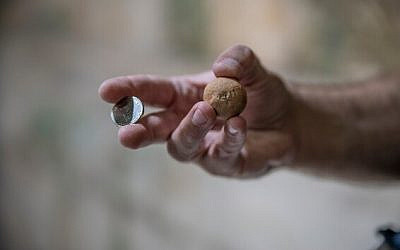 Archaeologists excavating close to the Western Wall in Jerusalem have exposed a weight from the First Temple period. Dating from before the introduction of coins, the small weight bears an Egyptian inscription designating it as a two-shekel amount.

Probably used in a market setting, it was perhaps used to buy animals for sacrifice, or maybe even goods and souvenirs. Read more about this discovery and how the shekel weight may have been used here.

10. The Seal Impression of Jeroboam II’s Servant has been Authenticated 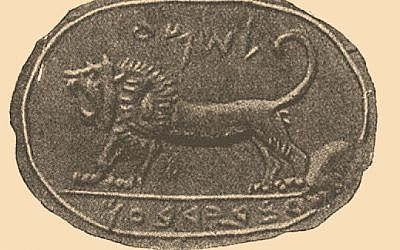 It has been made public that a bulla (clay seal impression) of a servant to King Jeroboam II is genuine. It carries the depiction of a lion and an inscription that reads “Belonging to Shema the Servant of Jeroboam”, with Shema likely being a servant of Jeroboam II, who reigned in the 8th century BCE.

For many years, the seal impression was considered a forgery because of its lack of provenance. But new chemical analysis indeed proves the bulla’s authenticity and with it the historicity of Jeroboam II himself. Read more about the bulla here.

The above was coauthored with Adam R. Hemmings, a graduate of the University of Chicago and the School of Oriental and African Studies, University of London, where he specialized in Egyptian and Near Eastern studies, as well as archaeological and heritage law. He is currently engaged in research for his PhD regarding the repatriation of Egyptian antiquities removed during the colonial period.
About the Author
Roger D. Isaacs is an independent researcher specializing in Hebrew Bible studies and the author of two books, "Talking With God" and "The Golden Ark". Isaacs' primary research site was the archives of the Oriental Institute at the University of Chicago, where he is a member of the Advisory Council. He also conducted research at the Spertus Institute for Jewish Studies, as well as digs, museums, and libraries in many countries, including Syria, Jordan, Turkey, Egypt, Israel, and England.
Related Topics
Related Posts
Comments