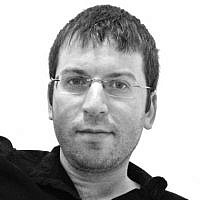 The Blogs
Yigal Walt
Apply for a Blog
Please note that the posts on The Blogs are contributed by third parties. The opinions, facts and any media content in them are presented solely by the authors, and neither The Times of Israel nor its partners assume any responsibility for them. Please contact us in case of abuse. In case of abuse,
Report this post.

The tragedy of the Israeli Left is best expressed in numbers. In 1992, its two flagship parties, Labor and Meretz, won a total of 56 Knesset seats. But in the September 2019 election, they combined for 11. Now running together, they are expected to win even fewer in the upcoming vote.

This stunning decline is usually attributed to the failure of the Oslo process. Repeated rounds of suicide bombings and failed negotiations shattered the Left’s peace vision and electoral prospects, many observers say. But this is only a part of the story.

After all, leftists did not flock en masse to the Right, which is still not much larger than its rivals (as reflected by the ongoing political impasse). Moreover, key tenets of right-wing ideology, such as settlement annexation, remain in dispute.

Most leftist voters did not in fact disappear, but rather, shifted to what we now call the “center.” More accurately, they deserted what can be termed the “new Left” in favor of a more traditional, mainstream Left. Crucially, this momentous shift was less about policy and more about identity.

To put it bluntly, significant elements within the Left’s political apparatus have become less enthusiastic about Israel’s Jewish identity. Instead, they opted for more universalist views that tend to clash with the ideas associated with Jewish nationalism.

Moreover, such sentiments were combined with deep solidarity for actors such as the Palestinians or migrant workers, who actively oppose or have little interest in Israel’s Jewish character.

This shift has turned Meretz into a party where anti-Zionist views are widely tolerated and at times encouraged. While Labor remained more moderate, some of its prominent members also espoused more radical leftist views, thereby discouraging many potential voters.

And so, the mass migration to the center had begun. This process culminated in the last two elections, as many Israelis opted for Blue and White’s explicitly pro-Zionist message. Regardless of how one defines the party, its essence and attitudes are reminiscent of the old Labor Party.

The Left’s tragedy lies in espousing views that alienated a huge number of traditional or potential supporters. Its hope hinges on realizing that many are ready to embrace a vision that aligns with the original spirit of the Left.

Ultimately, the success of left-wing parties will depend on their ability to combine universal concerns for human dignity and equality with a healthy dose of nationalism, and occasionally some hawkishness. Instead of just looking for new faces or slogans, they may wish to revisit the ideas and attitudes of David Ben-Gurion and Levi Eshkol.

About the Author
Yigal Walt is a former OSINT analyst and news editor. He blogs at israelradar.com
Related Topics
Related Posts
Comments