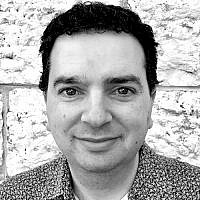 The Blogs
Ittay Flescher
Apply for a Blog
Advertisement
Please note that the posts on The Blogs are contributed by third parties. The opinions, facts and any media content in them are presented solely by the authors, and neither The Times of Israel nor its partners assume any responsibility for them. Please contact us in case of abuse. In case of abuse,
Report this post.

“Arise and walk through the land in its length and breadth, for to you I will give it.” – Genesis 13:17
קום התהלך בארץ לאורכה ולרוחבה 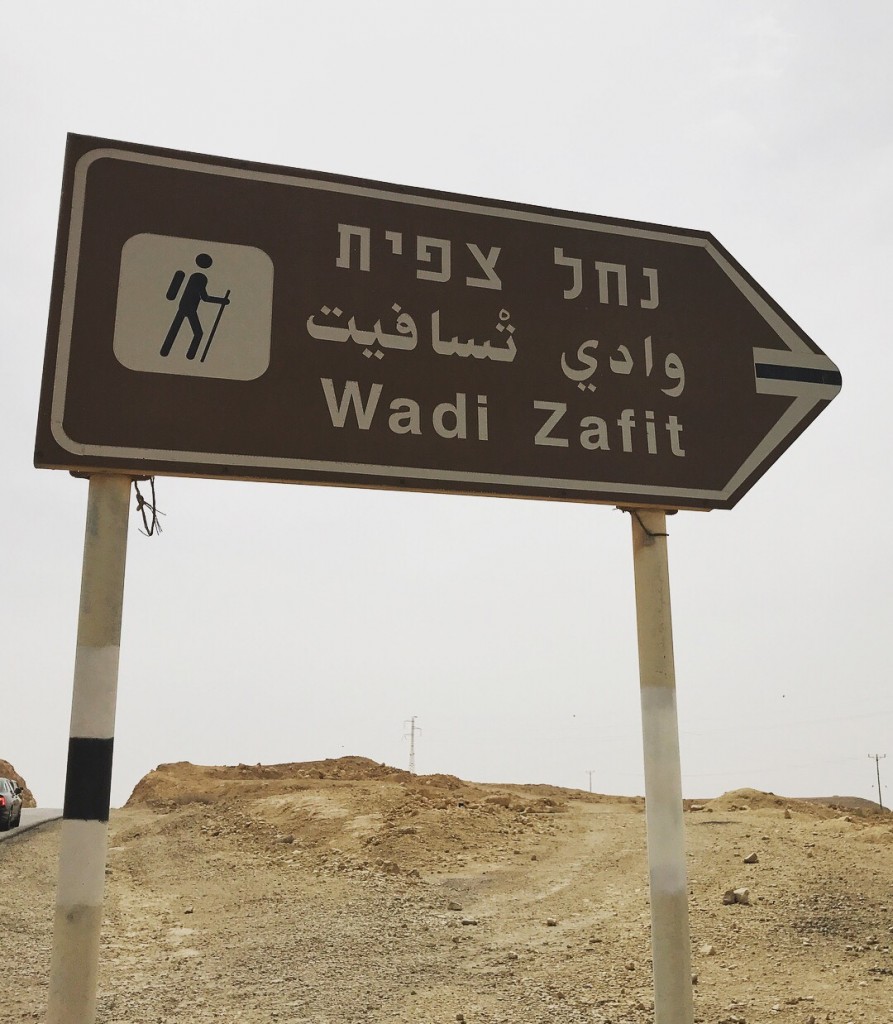 This command from God to Abraham in the Torah is widely held as a core Zionist imperative. The Israeli education system encourages hiking and exploring the land as a means of demonstrating both acquisition and attachment for the soil. Sadly, this expression of love for the Jewish homeland had tragic consequences during an excursion with 12th graders on their orientation hike with the Bnei Zion Mechina (pre army academy). A mechina is a non compulsory gap year program, bridging school to army service. Mechinot informally educate about Judaism, Jewish identity and Zionism, while fostering leadership skills, volunteering and elements of military training.

Last week, a student texted the mechina organisers querying whether a hike in a dry river bed would go ahead despite the heavy rain forecast on April 28. The madrich (instructor) answered:

“A few things to be aware of for Wednesday’s tiyul,” after which he added some wet weather items to the packing list. Later he wrote: “Don’t worry, we are well prepared for the tiyul path which the mechina has verified with the relevant authorities. It will be fun, wet and an experience”

By the end of the hike through the Nahal Tzafit canyon trail that cuts through the northeastern Negev, 10 teenage students were dead after being swept away in a powerful flash flood. The motivation of the mechina instructor (who has now been arrested) has generated much debate in Israel about the duty of care pre-army mechinot should have towards their students.

On the one hand, some are calling this a freak act of nature, saying that the rain forecast for the day came earlier than expected and that the immense suffering and loss suffered by the staff is punishment enough for the tragedy that occurred. On the other hand, there are those who say that the macho culture of the Bnei Zion Mechina staff, that have a history of pushing their students to the limit through extreme outdoor challenges, should be held criminally negligent for manslaughter. These people argue that their poor judgment in not cancelling the hike, despite so many of their students and even the hike guide warning them of the dangers it could entail, should not go unpunished.

Throughout the extensive media coverage in the days following the tragedy, a quote from a speech given by Yitzchak Rabin was repeated many times. “One of our deepest problems has a name: ‘Yihye Besder’ (everything will be alright)”, was how Rabin opened his famous speech to the IDF Command School in 1992.

“The sound of these words, which many of us hear and use in our everyday lives here in Israel, is unbearable. Everything that is not alright usually hides behind them: Arrogance, excessive self-confidence, power and aggression, which have no room in our society. ‘Everything will be alright’ has been with us for years, and it is a symbol of the irresponsibility which accompanies many things in our lives”.

“‘Trust me’, ‘everything will be alright’ — these are words which resemble disorder. This light and easy ambiance is eating us from the inside, as ‘everything is alright’ usually signifies everything that is wrong”.

Having led hundreds of camps, excursions and trips through my years working in education in Melbourne, I am constantly struck by the difference in OHS policies and attitudes towards risk between Israel and Australia. The attitude Rabin was criticizing in his speech is still sadly all too prevalent in many aspect of how this country operates.

In this regard, I was shocked but not surprised, to read a post defending high risk hikes in Israel — less than a week after the tragedy.

This post from Erez Eshel, who teaches Political Philosophy at the Bnei Zion Mechina, quoted an article by Tamir Dortal arguing that the mechinot teach students to “take responsibility for themselves and deal with the consequences of their actions.” He continued by stating that “any change in how the mechinot are regulated will limit the ability of these institutions to grow future leaders.” 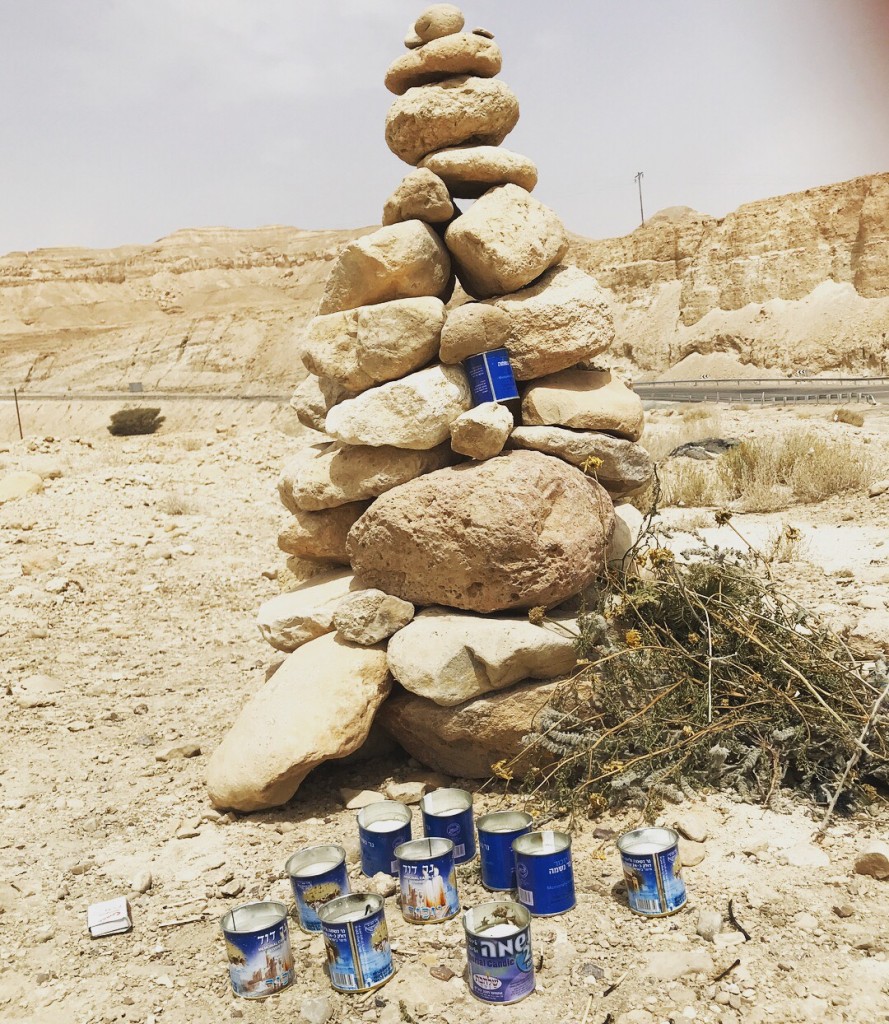 Memorial at the site of the tragedy near Nahal Tzafit

Whilst schools are very well regulated in Israel regarding permits for tiyulim (excursions), it seems as though there is a very different standard for some of the peer led activities of the mechinot (post school age). If such a tragedy happened in Australia to 18 year olds like what happened in Nahal Tzafit, one could assume that schools or even parents would forbid their students from doing such hikes in similar places in the future. In Israel, despite many parents being furious with the Education Ministry for not doing more to prevent this tragedy, it’s unlikely there will be significant change to the risky behavior youth are encouraged to undertake in some mechinot due to the strong hiking culture, love of the land, adventure, danger and adrenaline that are so much part of the Israeli DNA.

At the funeral of student of Tzur Alfi from the central town of Mazkeret Batya, his father wanted to remind all present that life should go on. In his moving eulogy, he said “We have no anger, in us there is only love. We warmly embrace the chevre (peers) from this precious mechina. We send our condolences to the staff, and are not angry with anyone. Please keep hiking and being good.”

In an official email to all school teachers in response to the tragedy, Shmuel Abuav, Director General of the Ministry of Education defended the importance of hiking saying “The nature of this tragedy will lead to a thorough investigation to prevent future tragedies. However, we will do so out of deep recognition that the departure of youth on walking trips is a deep and important Zionist tradition, and we believe that it should not be harmed. The opposite. We intend to strengthen it, by learning the lessons from the disaster that happened.”

As a parent of two children in the Israeli school system, and a teacher on a mechina, I truly hope that for the sake of all Israelis, the balance between the love of hiking and safety of children can find a more appropriate balance, lest tragedies like this happen again. I hope the words of Shmuel Abuhav are headed and that next time I hear the words “yihiye beseder”, everything will actually be alright.

ערב בכיכר ציון לזכר הנספות והנספים באסון הערבהA moving memorial to the teenage students who lost their lives in a flash flood this week. Organised by fellow pre-army mechina students, a number of songs, poems, prayers, hopes and dreams were shared about the incredible students whose lives were cut short. Many reflected on the unity of this event and their hope that this be a more central feature of Israeli society in future.May their memories be a blessing.חברותא Hevrutaהתנועה הירושלמית

Video: Candle lit Memorial in Kikar Tziyon from those who will remain forever young

About the Author
Ittay Flescher is a freelance journalist and educator in Jerusalem.
Related Topics
Related Posts
Comments