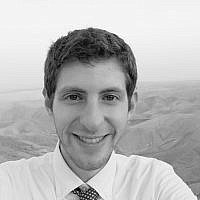 The Blogs
Jordan Cope
Apply for a Blog
Please note that the posts on The Blogs are contributed by third parties. The opinions, facts and any media content in them are presented solely by the authors, and neither The Times of Israel nor its partners assume any responsibility for them. Please contact us in case of abuse. In case of abuse,
Report this post. 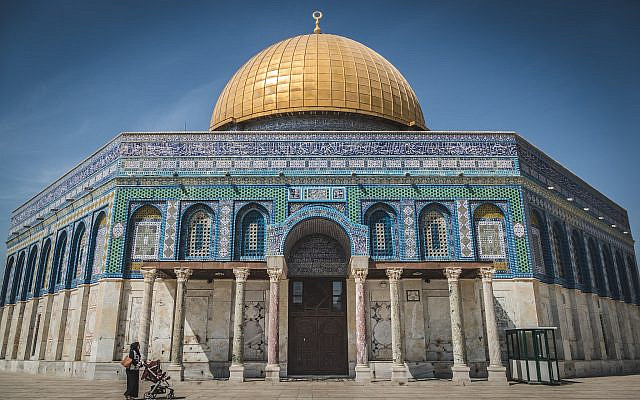 Photo by Mauricio Artieda from Pexels

As far as I’m concerned, when the media advances a false narrative, it becomes a terrorist — inciting unfounded anger and violence. There are a lot of misconceptions and antisemitic double standards regarding media coverage of the recent Israel-Palestine violence. Here are five observations to keep in mind.

1. It is convenient for the media to downplay Israeli suffering, especially in a largely religiously charged conflict. For media, reviews are everything, and when there are only 14.7 million Jews worldwide, it makes far more sense to please subscribers in the Muslim world — whose population exceeds one billion—which also has a vested stake in Jerusalem’s affairs. It’s likely why countries as diverse and arbitrary such as Comoros, Malaysia, and Pakistan (countries not in the Middle East) don’t recognize Israel.

2. The false mischaracterization regarding the alleged source of the inspiration for the recent Palestinian violence — prospective evictions in Sheikh Jarrah. The media has largely portrayed the evictions as arbitrary, unjust land grabs. This couldn’t be further false.

The land has been largely Jewish-owned since 1876, a fact recognized even by the Ottoman Empire. Originally, the land was part of West Jerusalem, and its citizens largely evacuated, when an attack by Arab extremists killed 78 civilians.

During the 1948 War, the land, now depopulated and vulnerable, was conquered by Jordan and re-appropriated with Palestinian refugees, who have since refused to compensate the Jewish trusts which have title to the lands.

A hypocrisy has emerged. Those who argue for the Palestinian’s right to return refuse to recognize that of the Jews when it comes to compensation for stolen land. Whatever standard, consistency is a must.

3. The media’s failure to highlight the 1,000 rockets fired into Israel this week (and the 15,000 fired since 2005), thus disrupting Israeli life and security.

Context is important, and when the media conveniently obscures facts, especially those necessary for understanding Israel’s response, it enables a false narrative. Important to note is that the 15,000 rockets have been fired since Israel’s disengagement in 2005, when Israel forcefully removed its “settlers” (though Jews are indigenous to Israel-Palestine) from Gaza.

Hence, despite media claims, “settlers” (just a politically correct term for demonizing Jews and their right to buy land in their indigenous homeland) are far from the primary obstacle to peace. To no coincidence did Israel’s foes seek its destruction in 1948 (before it even controlled the West Bank and Gaza and built homes therein).

4. The shocking relative absence of media coverage per the Palestinian Authority’s recent suspension of elections.

The Palestinian Authority (PA) suspended elections set for May 22, likely realizing that Hamas (a terrorist organization) was bound to win, as it did in the last election in 2006. This is important for understanding potential prospective motives to the violence. Escalating violence and displacing attention from its political heist serves the PA, allowing Mahmoud Abbas to continue the 17th year of his four-year term.

It also provides the PA and Hamas to continue a cycle of violence, that has in years past inspired inflows of billions of dollars of foreign aid, and reciprocally corruption. To no coincidence did the past two Palestinian Authority presidents Yasser Arafat and Mahmoud Abbas amass net-worths of over 1 billion USD and 100 million USD, respectively. Khaled Meshaal and Mousa Mohammed Abu Marzook of Hamas are to no surprise also billionaires.

In sum, displacing the blame on Israel and inciting war serves the interests of Palestine’s corrupt leaders, allowing them to either fill their coffers or prolong their right to rule.

Media outlets have attempted to spotlight how Israel has disrespected worshippers’ rights by erecting barriers that have prevented people from sitting outside of the Damascus Gate.

The measure is to prevent over-gatherings — a policy that has been implemented previously without much controversy. Opposition to legitimate security measures has been weaponized by Palestinian extremists in years past. In 2017, extremists rioted against metal detectors used to screen worshippers on the Temple Mount, despite metal detectors also being used for those accessing the Western Wall.

Also, in 1969, Israeli firefighters extinguished a fire, after an Australian (non-Jewish) extremist sought to destroy Al-Aqsa Mosque. If Israel wasn’t committed to Muslim worshipping rights, why did it literally save the Al-Aqsa Mosque?

Further, why does Israel implement the anti-semitic policies of the Islamic Waqf, the Jordanian authority which controls the Temple Mount and bans Jews and Christians from praying thereupon?

As is usually the case, the media has failed in its coverage of the Israeli-Palestinian conflict, perpetuating false narratives and conveniently excluding essential facts. Words and omissions have violent consequences. It’s now our obligation to restore reality.

About the Author
A law student at the University of Texas at Austin, Jordan Cope majored in International Relations, speaks Arabic and Hebrew, and has published essays on Palestinian foreign aid and Qatar’s sponsorship of terror. Jordan can be followed on Twitter @JordanCope12.
Related Topics
Related Posts
Comments