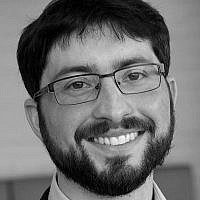 The Blogs
Elad Caplan
Apply for a Blog
Advertisement
Please note that the posts on The Blogs are contributed by third parties. The opinions, facts and any media content in them are presented solely by the authors, and neither The Times of Israel nor its partners assume any responsibility for them. Please contact us in case of abuse. In case of abuse,
Report this post. 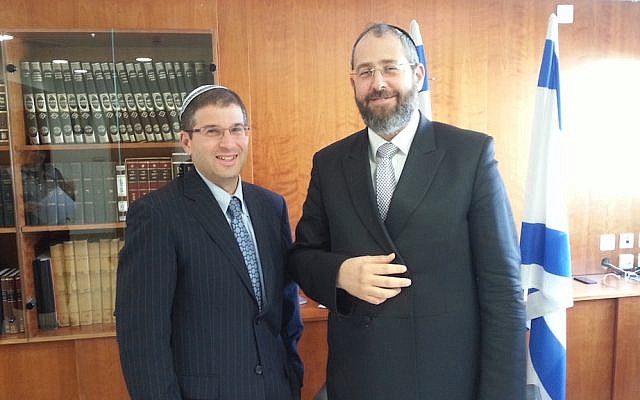 Since the blacklist of more than 160 rabbis deemed unrecognized by the Israeli Rabbinate was reported early this week, the public outcry from around the world has been enormous. Tens of rabbis and community leaders have contacted ITIM with queries about the list. Similarly, following the Rabbinate’s “justification” of the list, which they themselves wrote, they have launched a campaign with “information” about the list in order to deflect the legitimate criticism against them.

We at ITIM felt the need at this hour, to clarify the matter at hand, with the following comments:

Since 2012, ITIM has been inundated with hundreds of requests from olim who needed to prove they were Jewish, and who were told by the Department of Certifications at the Rabbinate that their documents were “unrecognized,” without any explanation or way to appeal. ITIM has submitted hundreds of requests for certification, and never once did we receive a reason why a rabbi was deemed “unrecognized”

Countless times, we saw young couples devastated at the real possibility that their Jewish identities were being erased by the rabbinate. Behind every rejection was a family who was being told, “You’re not Jewish,” and “Your rabbi isn’t a rabbi.”

Following three years of this, ITIM submitted a request for the criteria by which the Rabbinate reached its conclusions. When the Rabbinate refused, we filed a brief in the Jerusalem Municipal Court, in September 2015, in which we asked for lists of rabbis who had been approved and the Rabbinate’s criteria for approving them.

In the Rabbinate’s brief, filed in response to our legal action, dated December 7, 2015, the Rabbinate claimed that they had no list of rabbis.

Regarding criteria, the Rabbinate stated that (clause 18.4): “The responder (Rabbinate) must, among other things, determine the character of the rabbi which the couple uses to write a certification regarding their Jewishness. This, in order to determine whether it can be certified.”

In clause 18.6, the Rabbinate wrote: “The investigations that the responder (Rabbinate) engages in regarding the rabbi whose document was presented, relate to whether in fact that rabbi is actually a practicing Orthodox rabbi. In addition, we check his certification as a rabbi, and his allegiance to halacha, and this in order to verify that, as a rule, we can rely on the certifications that he issues.

In short, the Rabbinate acknowledged — in court — that the central way in which it determined which certifications were acceptable and which were not was through the lens of their profiling the rabbi.

Following a hearing in January 2016, the Rabbinate agreed to:

2. Is it true that this is a blacklist or is that a fabrication?

This is a blacklist. In response to ITIM’s queries in both January 2017 and March 2017, the Rabbinate made it clear that they were delegitimizing documents. But on what basis? The list provided only the names of the rabbis. Were the documents unrecognized because of some fundamental problem? Why couldn’t the Rabbinate explain? Frankly, the “documents” argument is just a smokescreen. As noted above, the criteria employed and acknowledged by the Rabbinate was based on the character of the rabbi, “his allegiance to halacha” (as interpreted by the Rabbinate), and the recommendations the Rabbinate received by people they knew.

The Rabbinate’s claim that some of the documents were forged is outrageous. If it’s true, it is hard for us to understand why the Rabbinate did not pursue the rabbis who wrote the documents to determine why a technical mistake crept its way into a document. After all, people’s lives were at stake.

This all stems from both incompetence and chaos. This is unacceptable in a modern Jewish state.

3. Is it true that the document reached ITIM because a low-level clerk made an error, and that “no one else knew”?

4. Is it true that ITIM is fighting the Rabbinate?

In 2013, just weeks after Rabbi David Lau was elected chief rabbi, Rabbi Dr. Seth (Shaul) Farber asked for a private meeting with the new chief rabbi. In the meeting, the travesty of the “department of certifications” was raised in stark terms. Rabbi Farber told Rabbi Lau how this issue was a burning one for many Jews in the Diaspora. Rabbi Lau acknowledged in the meeting that he was unaware of the significance of the department, but would address the issue.

Beginning then and for more than two years, nothing was done. When ITIM filed its lawsuit in 2015, there had still been no action. 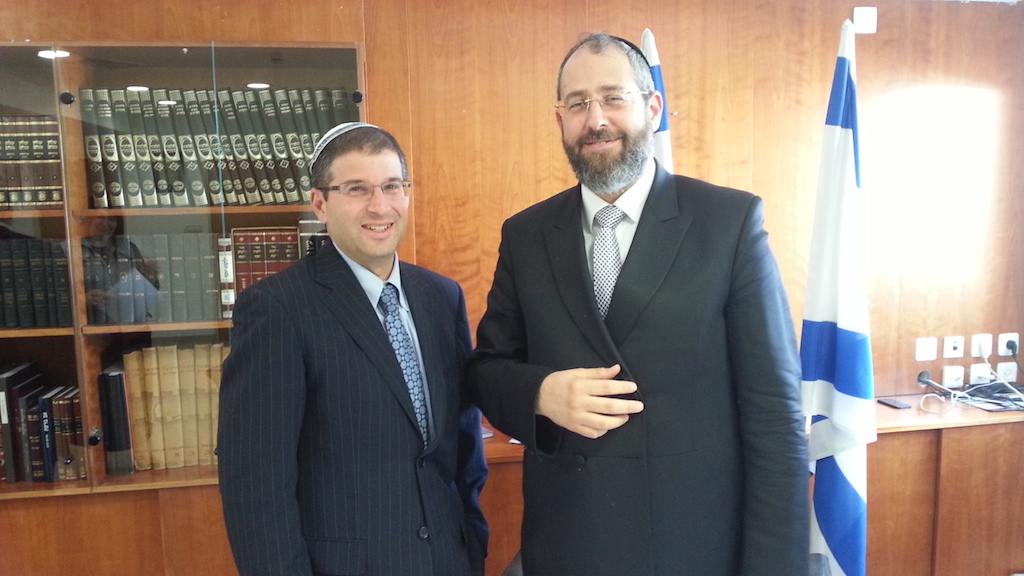 5. What happens next? Is there anything to do to repair the damage done by the Rabbinate to hundreds of families and to the relationship between Israel and Diaspora Jewry?

Fortunately, there is good news. Israel is a flourishing democracy and what has happened thus far will no longer continue. ITIM has already begun its legal due diligence to guarantee the rights of all Jews to be recognized in Israel and to stop the insulting behavior towards communities around the world.

Israel is a work in progress and it is the life force of contemporary Jewry. ITIM loves the State of Israel and hopes that Jews and rabbis around the world continue to love Israel even as they seek to improve it. In the past week, the Rabbinate has begun, perhaps for the first time, to recognize its catastrophic failure. But there is much more work to be done, and as Jews, we continue to seek tikkun olam.