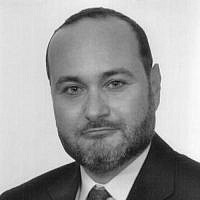 The Blogs
Solon Solomon
Apply for a Blog
Please note that the posts on The Blogs are contributed by third parties. The opinions, facts and any media content in them are presented solely by the authors, and neither The Times of Israel nor its partners assume any responsibility for them. Please contact us in case of abuse. In case of abuse,
Report this post. 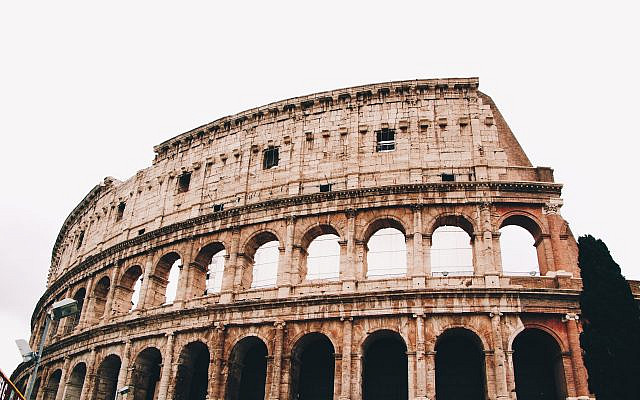 The Colosseum-Photo by Kasturi Roy on Unsplash

In ancient Rome, only Pompey led three Colosseum triumphs: in modern Israel the third time the country strikes a peace deal finds Netanyahu on the chariots

In 61 BC, Pompey returned to Rome victorious from the East, having beaten Rome’s enemies there and conducting his victorious triumph in the Colosseum for the third time. Never in Rome’s history had this happened, a general to conduct 3 times a victorious triumph. The crowds cheered at him, ready to crown him imperator. Yet he refused. He formed a tripartite alliance with Crassus and Julius Caesar. He was ultimately chased by Caesar and killed in Egypt. The Roman democracy became an empire some years later under Octavianus Augustus.

The UAE peace deal marks this Pompey moment for Netanyahu. He is now in the apex of his glory. The UAE peace deal signifies for the first time Israel’s official opening to the Gulf states and the wider Arab world beyond its immediate neighbours like the cases of Egypt and Jordan. With a visit to Oman in the past, Netanyahu appears to be the only one able to guarantee Israel’s ushering to this new era.

The UAE peace deal is Israel’s third one with the Arab world, the third victorious triumph that signifies peace and stability echoing the Roman analogy. Netanyahu’s father was a historian. Netanyahu the son knows how to read history. Despite being drawn to a trial on corruption charges, unlike Pompey, he will make sure that he reaps the benefits of this third triumph also on a personal level, simply because he knows that if he does not become imperator and is erased from the political map, somebody else will become so, in a few years time.

To the eyes of the people only Netanyahu can guarantee their future. The other leaders look irrelevant, weak and even detrimental. Under the current coalition agreement, Netanyahu is to step down after 2 years for Benny Ganz to take his place. Yet, after all the diplomatic and security achievements of Netanyahu, Ganz will look too little to replace the man who can be best friend both with the Russian and the U.S. President at the same time, deliver internal security and guarantee the economy while also signing peace agreements with the Arab world.

The interesting element about Netanyahu is that he plays bluff, but he is not a bluff himself. He wins the game having no aces in his cards, yet persuading others he does. He persuaded the voters that the Israeli Arab parties were the major issue in the last rounds of elections and thus managed to unite the right-wing voters survive the electoral rounds. He persuaded the international community that he can annex the West Bank and he managed to win a peace deal with the UAE.

The Israeli left points out that there was never a state of war with the UAE. Yet, there were equally no normal relations. For the average Israeli, who sees after the deal the ability to travel or to conduct business with UAE citizens, the Israeli left arguments sound too technical, too academic, too theoretical. And this is where the Israeli left loses the game. The same is true also with the fact that Netanyahu promised as part of the UAE peace deal not to annex the West Bank. The Israeli left points out to the fact that such an annexation is illegal in the first place and should not be a consideration. Yet, in the eyes of the average Israeli, the illegality of the annexation seems too hard to believe; after all, the argument goes, if Netanyahu managed to include it as one of the peace conditions accepted by the other party, it must surely have some validity. In that sense, the Israeli left plays with correct but doctrinal arguments. Netanyahu’s approach on the other hand is empirical, based on facts on the ground. Whereas the arguments of the Israeli left appeal to the intellect, Netanyahu appeals to the voter’s heart.

On this account, before the people passionately cheering his name, the judges, even if they sentence him for the corruption charges, will have a hard time to go against the popular feeling. On a personal level, the UAE peace deal keeps Netanyahu inside the political game and ensures that unlike Olmert, even if he steps down for Ganz or convicted, the crowds will bring him again back to power. Like Octavianus Augustus, he will be holding then in his hands the decision of whether Israel will turn from civitas to imperium.