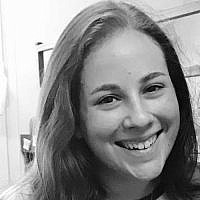 This isn’t really my style.  I generally try to avoid getting involved in politics in public forums.  But when it comes to my people and my homeland, the State of Israel, I will not stay silent.  I know that I have no experience in politics and that there are plenty of things in this world that I do not understand.

But sometimes passion, courage of conviction, and a strong moral compass outweighs that.

And in light of events that have taken place this week, I feel compelled to speak out for my homeland and my people, and tell you this:

It is crucial now, more than ever, for you to move the US Embassy to Jerusalem.

Allow me to explain.  This week, Israel celebrated its 69th year of independence.  On the same day, UNESCO passed a resolution which indicated that Israel has no legal or historical claim to any part of Jerusalem.

Also on the same day, the Hamas Movement announced via Twitter that “We will force the Zionist enemy to pay the price for each day the demands of our prisoners are delayed.”

The day before, Hamas unveiled a new policy document, called the Hamas Document, in which they continue to encourage armed resistance, call for the complete liberation of “occupied Palestine,” and denounce the “Zionist occupation.”

Israel just celebrated its 69th year of independence, but it is still struggling for legitimacy and recognition from many countries around the world.  The Palestinian threats, refusal of recognition, and terrorist agenda are nothing new.  Israel has been combating Hamas, the PLO, ISIS, and other terrorist groups for decades.  The threats via Twitter and the new Hamas doctrine do not change anything in practice, but they are worrying.

It is the refusal of Western countries to support and recognize Israel that makes Israel’s plight so concerning.  It is the 22 countries that voted in favor of UNESCO’s most recent anti-Semitic resolution that is what really compels me to write this.

The United States has claimed to be Israel’s greatest ally. As possibly the most powerful country in today’s world, the United States wields a lot of influence over global politics.  If the US were to move its embassy to Jerusalem, it will send a powerful message.

It will prove the United States’ commitment to the State of Israel, and send a clear message that UNESCO has become little more than a theater of the absurd.  Right now, when 22 countries just voted in favor of a resolution that denies that Israel has the right to any part of Jerusalem, it is time to act.

The move does not come out of nowhere.  Moving the embassy from Tel Aviv to Jerusalem is a promise that was made in 1995 and has yet to be fulfilled.  It is one of the promises that you, Mr. President, made during your campaign to the White House, and honestly, that is the promise that I most hope you keep.

I don’t know much about politics, but I do understand that moving the embassy is a decision that comes with strings attached.

But think about it. President Trump, you have already slammed UNESCO for passing anti-Israel resolutions in the past.  Your contempt for UNESCO and its “enormous anti-Israel bias” has already been made clear. Honestly, you’ve already given UNESCO–and the UN at large–the middle finger.  Making a move that disregards their latest anti-Israel resolution isn’t going to come as much of a shock.

You promised that “In a Trump Administration, Israel will have a true, loyal and lasting friend in the United States of America.”  You promised to be a better friend to Israel than America’s previous administration, which you criticized for not vetoing a UN Security Council resolution which condemned Israel’s settlement building and for treating Israel with “disdain and disrespect.”

You are being handed an opportunity to prove your loyalty and friendship on a silver platter.  You have the chance to keep a campaign promise and send a clear message to Israel and to the world that America stands by Israel and the Jewish people.

But it goes beyond all of that.  For you, Mr. President, the decision to move the US Embassy to Jerusalem relates to more than just politics.  It’s personal.

They will attend Jewish day schools, like Jewish Primary Day School in DC, where your five-year-old granddaughter is already enrolled.   Your Jewish grandchildren will attend schools where the lessons of Jewish identity and Zionism will be imbibed in them from a young age.  They will learn that Jerusalem is an intrinsic component of Jewish identity and that Israel is the Jewish homeland.

And someday, they will be old enough to understand that you, as president, had enormous power when it came to the United States’ support—or lack thereof—of the State of Israel.  And they will ask you about it.

If you move the US embassy to Jerusalem, when your grandchildren are older, they will be incredibly proud to know that their grandfather was the one to fulfill a 22-year-old promise made to the Jewish State.

But if you don’t move the embassy, in ten to fifteen years from now, your grandchildren are going to ask about it.  They are going to ask you why, when you had the chance to support the country and the nation that they care so deeply about, you failed to do so.

And for your sake, President Trump, I hope that you are still alive to provide them with an answer…and I hope you have a better answer for them than “it’s complicated.”

Because reality is that most big decisions are complicated.  We don’t live in a vacuum, and every decision has ramifications.  But we can’t let “complicated” scare us off from doing what’s right.  What kind of world would we live in?

Right now, Jews around the world are waiting and hoping that you will be the president to fulfill the promise the US made 22 years ago.  But in all honesty, we will survive either way.  The State of Israel and the spirit of the Jewish people are strong, and we will continue to be, whether or not the Trump Administration moves the embassy to Jerusalem.  We are used to disappointment, and no one is holding their breath anymore.

But for you, Mr. President, it’s different than it was for the four administrations before you.  Because you will not just be disappointing a nation of anonymous faces—you will be letting your own grandchildren down.  They may not understand it now, but one day they are going to look back on their grandfather’s administration.  It is up to you whether they look back on it with admiration or with shame.

About the Author
Originally from Cleveland, Ohio; a proud product of a Bnei Akiva upbringing; passionate about Israel, Judaism, and humanity at large. Planning to make aliyah in the future.
Related Topics
Related Posts
Comments