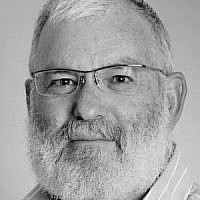 The Blogs
Yaakov Amidror
Apply for a Blog
Please note that the posts on The Blogs are contributed by third parties. The opinions, facts and any media content in them are presented solely by the authors, and neither The Times of Israel nor its partners assume any responsibility for them. Please contact us in case of abuse. In case of abuse,
Report this post.

Last Wednesday, the US and Israel signed a defense aid package totaling $38 billion. Negotiations were complicated, as this represents America’s largest-ever military aid package to Israel – or, indeed, to any country.

Starting in October 2018, $3.8 billion a year will be transferred to Israel over a period of 10 years. That’s nearly $200 million a year more than Israel has received in recent years.

There were those in Israel who thought it wise to ask for even more, given the threats Israel faces, and to give Israel a better jumping off point for negotiations. Those familiar with the state of the US economy, and aware of the discord between the Democratic administration and the Republican Congress over the need to introduce cuts to the US budget, foresaw a huge decrease in aid. The realists, however, understood that the aid package would end up around these figures.

Washington never tried to “extort” anything from Israel, such as making Prime Minister Benjamin Netanyahu renounce his March 2015 speech warning Congress of the dangers of the nuclear deal with Iran.

(As a side note, I would add that had such a condition been imposed, it would have been a grave mistake for the prime minister to have shelved his reservations for a handful of cash, sizable though it might have been. Considering the potential threat the Iran deal poses to Israel, those that opposed it had to do everything in their power to try to prevent it. Blackmail is not an option for a state like Israel).

The value of the defense aid package extends beyond the unprecedented amount of money it guarantees. The entire budget for active defense, which is usually decided after discussions between the White House and Congress (which traditionally gives Israel more than the White House wants to sign off on), is now guaranteed for years.

As a result, there will be no need to renegotiate the aid package every year. Israel will not have to explain its defense requirements and get caught up in the perennial friction between the White House and Congress.

With such recurring clashes in mind, the administration asked Israel to pledge that it would not ask Congress for additional funds beyond the
$3.8 billion. Israel agreed, although the deal leaves room for additional aid in the event that war breaks out.

The concession on Congress’s involvement was not easy for Israel. There are those who claim that Israel must not allow the White House a monopoly on the issue of aid, because this will hurt relations with Congress. They add that, had the deal been negotiated with Congress, more aid would likely have been appropriated every year.

However, any attempt to assess the balance of power in Congress in another five or 10 years is a gamble. The budget for strengthening the IDF is not something to gamble on, even if the chances of winning are fairly good. Those who presume to know not just what Congress will look like, but what the White House will look like and what the balance of power between the two will be, are living in a fantasy world.

Moreover, dependable and regular payments of defense aid are themselves of economic value. They benefit the IDF, even if Israel could theoretically have been able to attain more money at the end of each yearly struggle.

There is also room for innovation in the new status, which no longer requires the solicitation of Congress. Israel can work with its friends in Congress to find other ways of improving and deepening Israeli-US relations. Such innovation should be Israel’s next effort, both within and outside Congress.

The Americans did request a fundamental change in the agreement. Up to now, about 24% of American defense aid was spent in Israel. Now, all the money the US gives Israel will go toward US defense companies. This represents a transfer of a total of about $800 million of the defense budget to the US instead of to Israel. This figure will come at the expense of Israeli defense companies, and will not be an easy transition.

Israel’s acting National Security Council head, Brig. Gen. (res.) Jacob Nagel, was responsible for the majority of negotiations over the past four years, and he succeeded in ensuring that the change will be gradual and will not come into effect immediately. If Israel’s defense industry makes a genuine effort to save money and prioritize, it can make the best of a difficult situation.

The deal is also very important from the perspective of Israel’s standing in the US. It is no secret that Israel and the current administration are deeply divided on two large issues: the nuclear deal with Iran, and settlements.

Both countries wished to show the world, especially those who are not friends of Israel, that there is no dispute between Israel and the current American administration over Israel’s need to guarantee its ability to defend itself. It was therefore vital for the Democratic administration as well as for Israel to pass on the torch of defense aid rather than cut it off.

Disputes over the Iran and settlement issues will likely continue, and even intensify at times. It was thus necessary to delineate a path forward. Despite ongoing disagreements, the US elected to continue to help Israel develop its ability to defend itself, by itself.

The deal displays the US’s true view on its relationship with Israel. This unambiguous message is worth much more than any amount of money.

The deal is also important in that it clarifies for the Israelis that there is no substitute for Israel’s relationship with the US. Israel would not receive this kind of defense aid from any other country.

Nevertheless, Israel is allowed to deny US requests, and even get into serious disputes with the US when it comes to Israel’s vital interests. This must be done in moderation, and in the firm knowledge that friendship with the US is the foundation of Israel’s defensive shield. This deal is further proof of that.

Maj. Gen. (res.) Yaakov Amidror is the Anne and Greg Rosshandler Senior Fellow at the Begin-Sadat Center for Strategic Studies. He is also a distinguished fellow at JINSA’s Gemunder Center for Defense and Strategy.

About the Author
Maj. Gen. (res.) Yaakov Amidror is the Greg and Anne Rosshandler Senior Fellow at the Begin-Sadat Center for Strategic Studies, and former national security advisor to the Prime Minister. He is also a fellow at JINSA's Gemunder Center for Defense and Strategy.
Related Topics
Related Posts
Comments