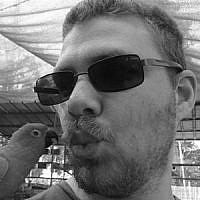 The Blogs
Jacob Erickson
Apply for a Blog
Advertisement
Please note that the posts on The Blogs are contributed by third parties. The opinions, facts and any media content in them are presented solely by the authors, and neither The Times of Israel nor its partners assume any responsibility for them. Please contact us in case of abuse. In case of abuse,
Report this post.

For my first blog post I wanted to discuss military uniforms and how they relate to the current conflict.

A TV show I liked that ended recently, Burn Notice, had a lot of randomly useful information I loved.  One such piece was regarding uniforms:
“There’s a reason armies wear uniforms even though they make them easier to spot. Sometimes that’s what you want. Uniforms suggest organization, power, and numbers. These, in turn, inspire fear. And as any good operative knows, there’s no more effective weapon than fear.” 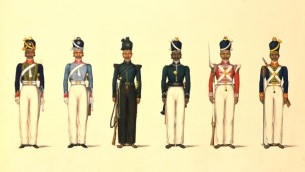 The uniform is designed to show unity, a group of individuals united for a common cause.  Not only to those viewing them but the person inside the uniform.  When you join an army, some evening out has to be done, the same reason soldiers are given haircuts or why makeup is not allowed in some cases.  You build yourself up from the bottom and the uniform helps in starting you there.  Even your superiors wear the same uniform to show that they started in the same place as you, but what they have added to the uniform is the difference.  Rank, special training, battles, wars, and special recognition.  All of this is displayed on the uniform, but the base is the same.

The uniform for soldiers in the field is for a different purpose, it is for identification purposes.  When your fellow soldiers see you in combat they are able to recognize you immediately and distinguish you from the enemy.  The uniform is also adapted to blend in with surroundings and protect the soldier from harm.

The other purpose of a uniform in the field is to distinguish oneself as a combatant and how that relates to the laws of war.  Under the laws of war, there are provisions for those who carry weapons and are in or out of a standardized uniform.  This system also helps to identify non-combatants with relative ease.  In a war, fought between two or more belligerents, the uniform helps to maintain that those involved are the only ones doing the fighting.

The Geneva conventions lay out the definitions between a combatant and a non-combatant along with different types of protected statuses.  It is against the laws of war for one to enter into a conflict as a combatant without meeting certain requirements, such as wearing a uniform. A uniform is simply a distinctive outfit that can be recognized or differentiated at a distance; also, carrying weapons openly or conducting military operations in the open classifies one as a combatant in the laws of war.

Finally, to the point.  In the conflict we have with the militant factions of the Palestinians and other groups, they abide by none of these rules and laws.  A Hamas soldier will wear no uniform and carry no identifying information.  In the case of needing to be identified, most soldiers have dog tags, the IDF even has soldiers put one tag in each boot just in case that needs to be used to identify a soldier.  Hamas does not have this identification for any soldier.  When a civilian is forced into being a human shield it is an illegal action by Hamas, but when a civilian willfully takes place in military operations by acting as a human shield, they lose their protected status.  Regardless the IDF chooses to avoid any potential civilian casualties, but that has to balance with achieving its goals as well.  The biggest issue regarding uniforms arises when there are casualties in our conflicts.  There is no way to differentiate between soldiers and civilians as there is no uniform, no dog tags, and just in general they wouldn’t report it if there were.  This allows them to report large numbers of civilian casualties in the place of their fighters.  No authority checking into the matter can say otherwise.  Their casualties will look 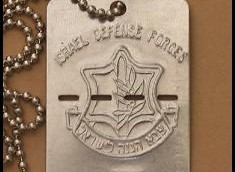 like civilians because they are made to look that way.  This is one of the biggest issues from my perspective in dealing with the enemies of Israel.  If/when we ever take Hamas to the ICC, this specific piece of information should be one of the primary charges brought against them.

About the Author
Jacob is a staunch defender of Israel and the Jewish people. He has always enjoyed an intelligent debate between those who would like to have one on the subject.
Related Topics
Related Posts
Comments