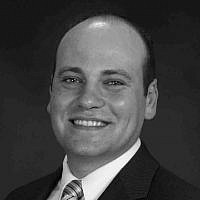 The Blogs
David Baum
Apply for a Blog
Please note that the posts on The Blogs are contributed by third parties. The opinions, facts and any media content in them are presented solely by the authors, and neither The Times of Israel nor its partners assume any responsibility for them. Please contact us in case of abuse. In case of abuse,
Report this post. 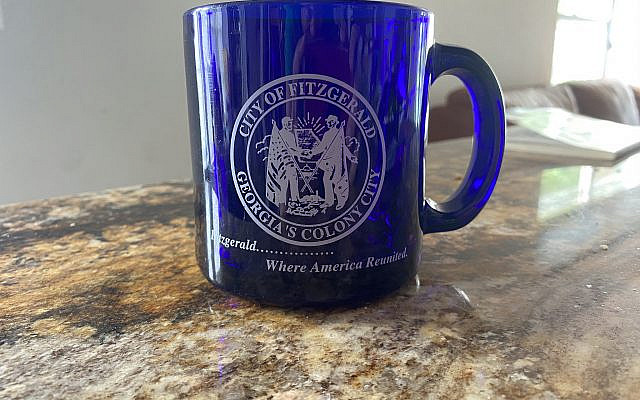 When you think about the great cities of the South, the sites to see, perhaps the last place you would think of is the little town of Fitzgerald, Georgia. I served as a student rabbi at the Fitzgerald Hebrew Congregation, traveling once a month from the city of the Yankees to the Deep South. I flew into Atlanta and then drove 2 1/2 hours to the little town of Fitzgerald. Driving down those off-roads, I quickly realized: You’re not in New York anymore.

I’ll never forget driving through the city of Fitzgerald’s center on my first visit. The GPS in my rental told me: take a left on Lee Street, a right on Grant Street, a left on Sherman Street, a right on (Stonewall) Jackson street, and so on. For those who don’t know these names, they are the most famous names of Civil War Generals, from the South and the North.

The first family I met in this beloved congregation did not fit the mold of what I thought that South was. They were staunch Democrats, and even though in the minority, they held their heads high. Of course, there were many congregants who were Republicans and proud, but they lived together in one community.

The first gift I received from the congregation was a blue coffee mug with a Confederate and a Union soldier shaking hands with their respective flags and the citiy’s moniker: Where America Reunited.

Fitzgerald is a unique city in Georgia; founded in 1896 as a colony for Civil War veterans of both sides by Philander Fitzgerald, a newspaper editor from Indianapolis. Thousands of northerners, especially war veterans, left the cold north for new opportunities in the place where they marched, fought, and killed their fellow Americans. As the city developed, the residents built the Corn and Cotton Palace in its center (corn were the agricultural staples of the North and the South). In September of 1896, when the palace opened, the city had two separate parades: one for Confederate veterans in gray uniforms, another for Union veterans in blue. But when the band began to play the National Anthem, the veterans began to march together behind the Stars and Stripes. A veteran who marched in that first parade waxed a poem: “We both shook hands in friendship, as hearty as could be, though he had marched with Sherman and I had marched with Lee, and we talked the whole thing over, where the flag was flying free!” (Found in Fitzgerald: Where the North and South Reunited, by author Joey Robitzsch)

From then on, they only held one parade.

If you haven’t figured it out yet, I am fascinated by the history of the Civil War in this country. It is this conflict where we truly become the United States of America, but only after the loss of over 620,000 American lives, roughly 2% of the country at the time.

Here we are today. What a week it has been, what a four years it has been!

Congregations all over the country are in conflict. Rabbis who have helped congregants through their most difficult moments in life have been shunned by these very same congregants because of the political views they hear from them (or read into in their words).

Families are being torn apart, invites to meals rescinded, and not just because of Covid.

I shared a story this week where a son said to his mother, “You are no longer my mother because you are voting for Trump,” and parents who stopped talking to their children because they voted for Biden.

I posted this article and boy was there a lively discussion – some people said it was ridiculous to cut people out of your life, and it makes you a horrible person. One friend, a gay married father commented that voting for Trump would endanger their family’s future.  Honestly, there are no easy answers; it is complicated.

But I wanted to share something from last week’s Torah portion, Vayera, that might give us some guidance.

This Torah portion offers two extremes – we begin with Abraham and Sarah welcoming guests into their tent, even when he was recovering from an adult circumcision!

Then we have the story of Sodom and Gemorrah, the two cities destroyed by God.

What was the sin of Sodom? The rabbis gave many, but there was one main sin: inhospitality. There’s a famous Mishnah in the Ethics of our Fathers (5:12):

He who says, “What is mine is mine and what is yours is yours”–this is the common type , though some say that this is the type of Sodom.

He who says, “What is mine is yours and what is yours is mine”–he is an ignorant person.

He who says, “What is mine is yours and what is yours is your own”–he is a saintly person.

And he who says, “What is yours is mine, and what is mine is mine”–he is a wicked person.

The first behavior does not seem wicked at all, and the text rightly says that it is a common way of thinking, in Hebrew,  בינונית, means in the middle, not hot or cold – parve.   בינונית is easy.  There’s no sharing, you stay in your box, I’ll stay in mine.  We are very much used to this behavior, that’s why it is called normal.  But the text points out that some say it is the quality of Sodom.

Abraham was the opposite, but it took time to get there.

Nachum Sarna, a 20th-century Biblical commentator wrote, “Until now Abraham has spoken with God three times. On each occasion, his personal welfare has been the sole subject of discourse. Now a change takes place. The next dialogue with God involves a concern for the welfare of others, total strangers. Abraham displays an awareness of suffering and an ability to respond beyond his immediate personal interests. He shows himself to be a moral man, a compassionate person. His behavior at this moment makes him the paradigm of “the just and the right,” qualities that are to characterize his descendants. As the Talmud (Betzah 32b) observes: “Whoever is merciful to his fellow beings is without a doubt of the children of our father Abraham; whoever is unmerciful to his fellow beings certainly cannot be of the children of Abraham our father.” Abraham now stands before God to plead for the lives of depraved pagans. He senses a kinship with the people of Sodom and feels himself involved in their fate.” (JPS Torah Commentary: Genesis, page 132).

What inspires me about Abraham is that he never gives up on people, no matter who they were.

This moment is hard – forgiveness and understanding are hard. Letting go is not easy.

But, we have been here before. Another famous Abraham (Lincoln), who knew that he had to bring a country together who massacred each other on battlefields in their own country, said the following at his second inaugural address on March 4, 1865, where he stood victorious as both President and Commander in Chief:

“With malice toward none, with charity for all, with firmness in the right as God gives us to see the right, let us strive on to finish the work we are in, to bind up the nation’s wounds, to care for him who shall have borne the battle and for his widow and his orphan, to do all which may achieve and cherish a just and lasting peace among ourselves and with all nations.”

There was an initiative that was started months ago called with ‘Malice Toward None’ to heal America in the aftermath of a clear 2020 election outcome. They asked people to sign on to this statement:

This work is not easy. People will criticize you for reaching out to the other side; they will call you a traitor. Reconciliation should not be easy; it doesn’t come naturally to us.

But if soldiers who murdered each other on the battlefield could learn to live together in Fitzgerald, Georgia, and march together under one flag, I suppose we can as well.

Do not give up on each other, as good as it may feel to separate and say, what’s mine is mine, and what’s yours is yours. It is time to find our morality, our compassion, and our love for one another. May our leaders take the lead from us, and from the soldiers that they send unto the battlefields; with malice toward none, with charity for all.