“Never Again” loses power when whispered or said in a trembling voice. I have almost become inured to the deliberate twisting of the truth from Lithuanian government officials.

Silvia Foti’s release of “The Nazi’s Granddaughter” has been met with an explosive response. The educated and aware (in countries outside of Lithuania) have reacted with respect and acknowledgement. The rough, the nasty, the murderous and the hateful have responded with “liar, liar, liar”. If only the fervent nationalistic Lithuanians kept within their cocoon, but they feel the need to share their venom with the world in order to advance their denial and revision of history.

Lithuania has a civilian army of keyboard warriors. They call themselves “elves”. Their task is to silence those that speak the truth or expose inconvenient facts. And Foti has spoken out. She has exposed their national shame (or, for many Lithuanians, their national pride); the murder of their Jewish population. Foti, for them, is not a woman of dignity, grace or strength; for many Lithuanians, she is a “race traitor”. A rational person cannot comprehend the term “race traitor”, it is Hitlerian in design, and was commonly used during the Apartheid period in South Africa for those whites who opposed militant, annihilationist racism.

Lithuania has two primary strategies to counter accurate information; from their government it is a complete absence of acknowledgement of the exposure of correct data. If they have no option but to address facts, their statement is that they have to “examine it” (they quite simply refuse the facts, and deny and revise until they feel the situation is safe and manageable). The other strategy, is to employ their “elves”, and so they have. One merely needs to make enough noise, object vociferously enough, or distract enough, and the person presenting the facts often tires and resigns from exhaustion or frustration. These are well worn tactics, described in Machiavelli’s Prince, Orwell’s Ministry of Truth, Hitler’s “Mein Kampf”, and now, in Foti’s Nazi’s Granddaughter.

Below are two of the Lithuanian reviews left on Amazon about Foti’s book. 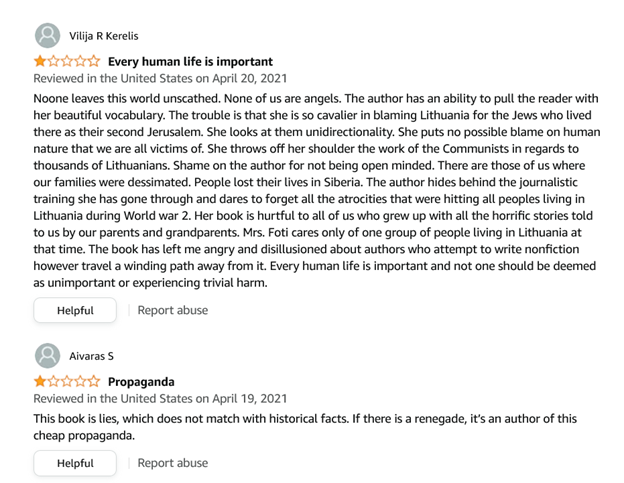 Vilija Kerelis, a known Lithuanian begins “Every human life is important”, but, obviously to her, not the Jewish ones. She switches the subject from the book to the suffering of Lithuanians en masse, and negates the suffering of the Jews at the hands of her own people. Clearly, she only cares about the lives she has been taught to care about. She sees the murders through tunnel vision. She appears to claim that murdering Jews is inherent in human nature. She is wrong. No baby is born hating Jews; hate is taught to ordinary Lithuanians by people they today identify as their national heroes.

The second reviewer, Aivaras avoids identifying himself. His statement is typical of a Lithuanian elf, grammatically incoherent and the content is abhorrent. His cognitive functionality requires very little substantive thought. A true elf, among other nomenclature.

The strategy of a war of reviews is designed to decrease sales of Foti’s book, and attempt to sully her reputation. DON’T LET THEM.

Read the book for yourself. 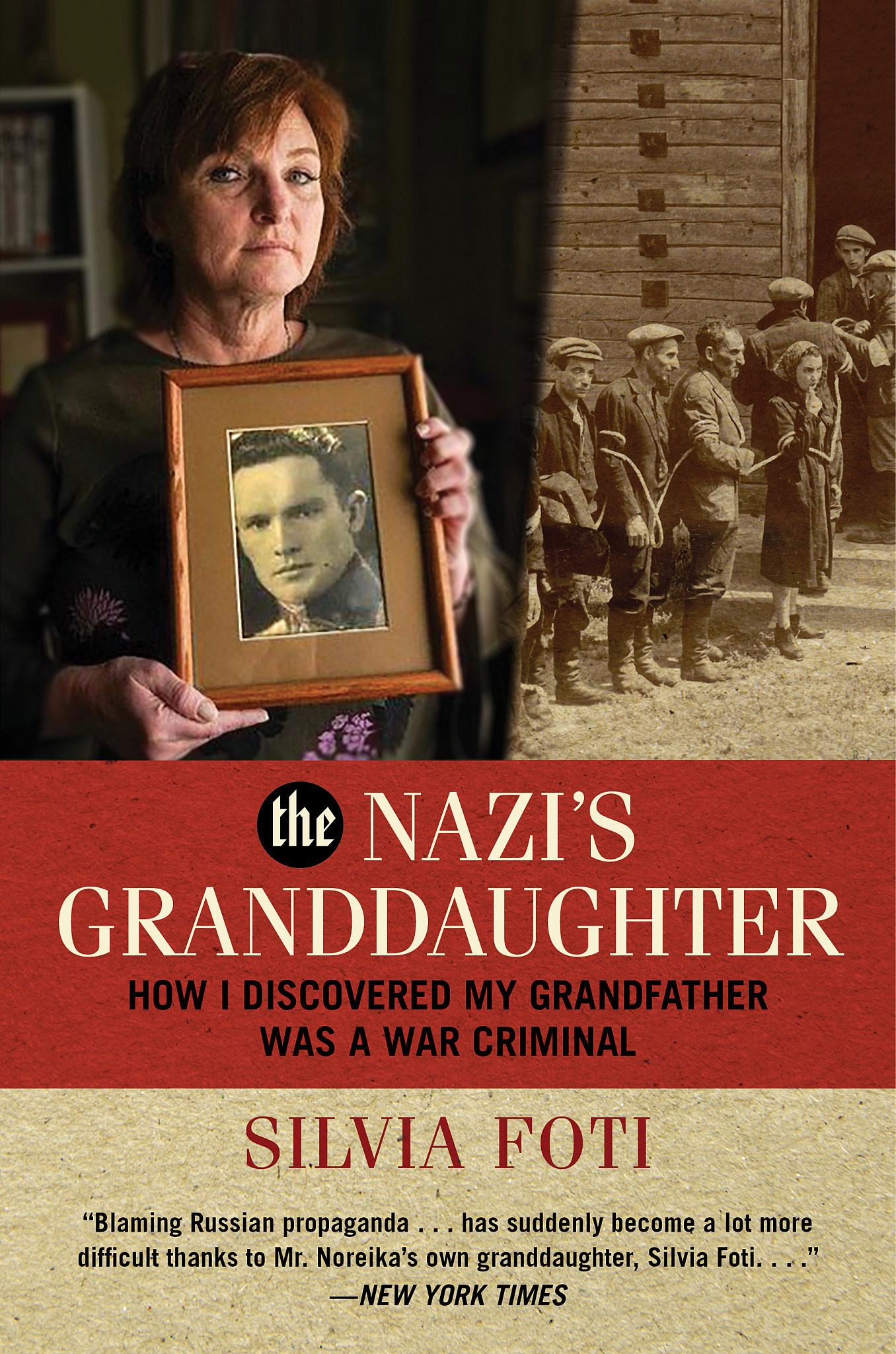