Now that the world went through the dark days of 2022 and its on the verge of entering 2023, It is crucial that public has bigger attention for political and social events of 2022;  As now the world community plays a very important part in the international politics than ever. 2022 events can be a turning point in the 21th century: Russia’s invasion of Ukraine, the uprising of the Iranian people against the dictatorial government, the continued suffering and damage of the Afghan people from the oppression of the Taliban government, and the continued the death and turmoil of the Syrian people under the flag of the Dictator Regime. 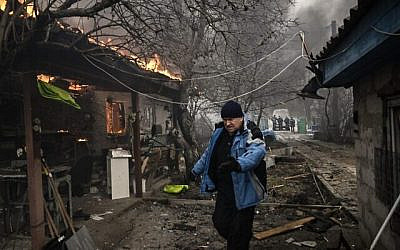 A man walks next to a house burning after being shelled in the city of Irpin, outside Kyiv, on March 4, 2022. More than 1.2 million people have fled Ukraine into neighboring countries since Russia launched its full-scale invasion on February 24, United Nations figures showed on March 4, 2022. (Aris Messinis / AFP) 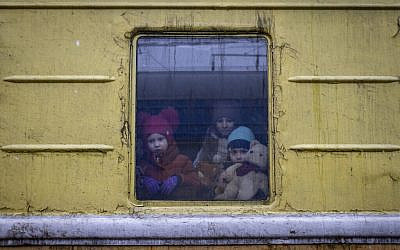 Children Vlada, left, Katrin and Danilo look out from a window of an unheated train carriage of an emergency evacuation train which is travelling from Kharkov to Lviv, as it stopped in the Kyiv railway station in Kyiv, Ukraine, Thursday, March 3, 2022.

Russia’s attack on Ukraine and civilians was an unfortunate event that shook the world in 2022. The Russians led by Putin launched a war of attrition in Ukrain that forced millions of Ukrainians to move and took the life of thousands of innocent people.

At the beginning of this wickedness, the Russians starred the war alone, hoping to finish it in couple of days, but now after ten months, the dictatorial regime of the mullahs of the Islamic Republic is helping them by supplying suicide drones. According to Ukrainian officials, these iron chariots led to the death of hundreds of Ukrainians and the destruction of the infrastructure.

The continued suffering of the Afghan people 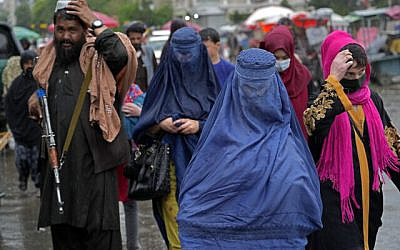 Afghan women walk through the old market as a Taliban fighter stands guard, in downtown Kabul, Afghanistan, Tuesday, May 3, 2022. Afghanistan’s Taliban rulers on Saturday, May 7, ordered all Afghan women to wear head-to-toe clothing in public, a sharp hard-line pivot that confirmed the worst fears of rights activists and was bound to further complicate Taliban dealings with an already distrustful international community.(AP Photo/Ebrahim Noroozi)

Afghanistan in 2022 continued to suffer under the dark shadow of Taliban rule. The women and youth of this country have suffered a lot from the callousness and terror of Taliban. In this country, girls’ schools are still partially closed and young people are forced to learn Islamic and religious principles instead of going to school. At the end of 2022, Afghan women and girls were banned from going to university. Also, the economic situation in this country is getting worse, the risk of starvation is going high in a way that the lives of millions of innocent Afghans are at stake.

The dark days of Syria 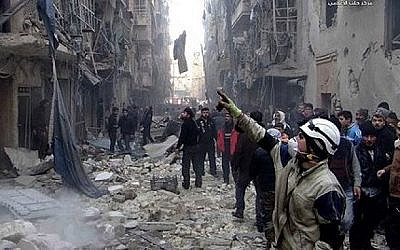 Syria was one of the other parts of the world where people did not taste the freedom and prosperity in 2022. Syrian people spent hard times, under the rule of Bashar al-Assad with support and the financial aid of the Islamic Republic and Russia. By entrusting the fate of the Syrian people to the terrorist forces of the Islamic Revolutionary Guard Corps, Bashar Assad turned the country into a poor and war-torn land. In 2022, opposition activists and freedom fighters in Syria were exposed to murder and kidnapping.

The nationwide uprising of the Iranian people against the Islamic Regime 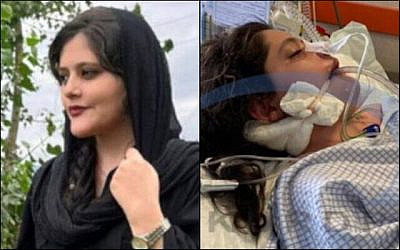 Mahsa Amini, 22, who died after being arrested by Iranian modesty police. (Social media.Used in accordance with Clause 27a of the Copyright Law )

The most important event of 2022 that shook the world was the uprising of the Iranian people against the dictatorial rule of the mullahs. This year, the regime of the Islamic Republic, in addition to its inability to provide the welfare and livelihood of the people, had focused all its attention on donating free oil to Syria, Hezbollah, Venezuela and supplying weapons to the terrorists, and at the same time, it had put them under double pressure by depriving the people of their freedoms. This regime resorted to violence against women and girls by the Hijab religious police in the summer of 2022. 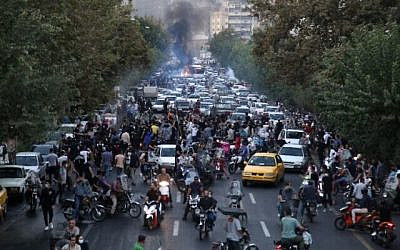 A picture obtained by AFP outside Iran on September 21, 2022, shows Iranian demonstrators taking to the streets of the capital Tehran during a protest for Mahsa Amini, days after she died in police custody. – Protests spread to 15 cities across Iran overnight over the death of the young woman Mahsa Amini after her arrest by the country’s morality police, state media reported today.In the fifth night of street rallies, police used tear gas and made arrests to disperse crowds of up to 1,000 people, the official IRNA news agency said. 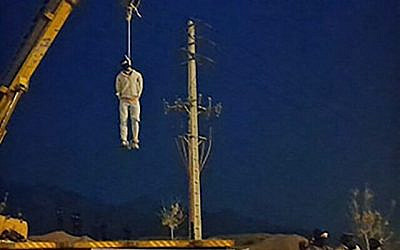 EDITORS NOTE: Graphic content / A picture obtained from the Iranian Mizan News Agency on December 12, 2022, shows the public execution of MajidReza Rahnavard, in Iran’s Mashhad city, the second capital punishment linked to nearly three months of protests. – Iran’s judicial news agency Mizan Online reported that “Majidreza Rahnavard, who was sentenced to death on November 29 for killing two security guards with a knife and wounding four other people”, was executed in public in Mashhad. He was arrested on November 19 while trying to flee the country, according to Mizan. (Photo by MIZAN NEWS / AFP)

The brutal arrest of women and girls because of hijab can be interpreted as a fire under the ashes. This is while a group of sociologists warned about its consequences, but it was not heeded. Finally, with the murder of Mahsa Amini, a young Iranian girl in the Hijab Security Police Department, a great fire of uprising was ignited in Iran. Now, four months have passed and during this period, the government killed nearly 500 people including  children and teenagers by different methods and through the terrorist group affiliated with the Islamic Revolutionary Guard Corps. With this method, the government was trying to prevent the continuation of widespread uprising in the country, But not only it did not succeed, it formed a desire in the Iranian people to changing the regime and overthrowing the mullahs.

Our expectation from the world community