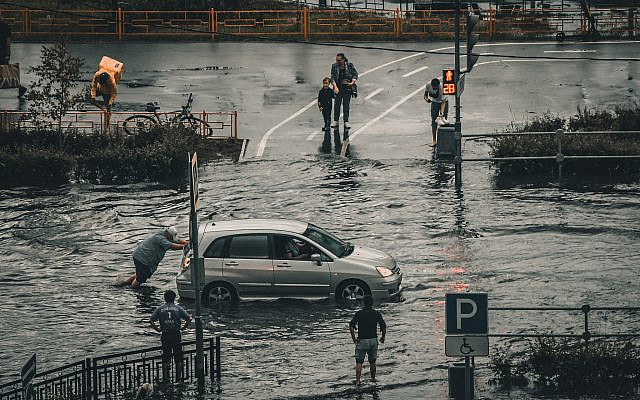 No Climate Change — I hope that got your attention.

Of course, there is Climate Change, but let’s take a closer look.

London, a long time ago, It was hot. It was very hot. As I walked home from school, I decided to treat myself to an ice cream, not Ben & Jerry’s but Walls.

There was, of course, no Ben & Jerry’s. This was 1963 and neither their ice cream nor Climate Change had been invented.

A year later, I found myself walking home from college. The busses had stopped running, London Transport was not doing much transporting for London that day, one of their innumerable strikes. I was holding hands with a girl friend; not a girlfriend, there was no romantic connection, we were just helping each other negotiate the ice-covered streets.

There have always been changes in the climate, long before we humans tried to take responsibility. More than a century ago, Captain Robert Falcon Scott, returning from his unsuccessful attempt to be the first to reach the South Pole, (he reached the Pole, but Amundsen had got there before him) ran into unexpectedly high temperatures which slowed his progress and, ultimately, led to his death.

Floods are nothing new. We read about the first known flood in Genesis, when Noah built his Ark to escape the rising waters. A glance at the Internet shows many hundreds of floods, many with death tolls in the hundreds of thousands, in just the last few years.

But we, the people, must be given something to worry about, something to distract us from the many real problems facing the world. We must be kept in, as Michael Crichton wrote in his novel, a State of Fear.

The New Climate Economy is a project of the Global Commission on the Economy and Climate. This international program is designed to determine how countries can both achieve economic growth and deal with the risks created by climate change. Their recent report suggests that the world could unlock benefits worth $26 trillion by 2030, create 65 million new low-carbon jobs, and avoid over 700,000 premature deaths from air pollution. They do not explain where the odd $26 trillion would come from nor what a low-carbon job is. They seem to ignore the fact that there is no connection between carbon dioxide and air pollution. But, as Flanders and Swann told us many years ago – It all makes work for the working man to do.

But, no matter, the Global Warming and Man-made Climate Change bandwagon has room for everybody so let’s all jump on board.