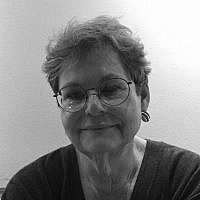 The Blogs
Toni L. Kamins
Independent journalist
Apply for a Blog
Advertisement
Please note that the posts on The Blogs are contributed by third parties. The opinions, facts and any media content in them are presented solely by the authors, and neither The Times of Israel nor its partners assume any responsibility for them. Please contact us in case of abuse. In case of abuse,
Report this post. 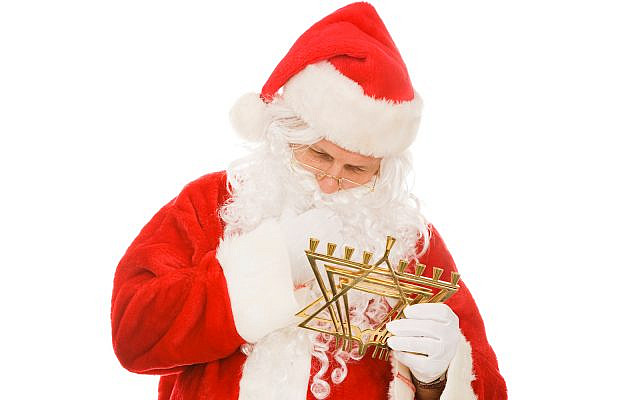 I’m glad that Hanukkah is over.

It’s not that I don’t like Hanukkah, I do. What I don’t like is the sturm und drang that accompanies it year after year. That torrent of articles and opinion pieces about the so-called December dilemma wherein legions of Jewish writers drone on about how Jews should handle, as it were, the Yuletide season and what they expect of non-Jews.

What should a Jew do during this season? Nothing.

I get it. Christmas has pretty decorations that go well with cold weather and snow and logs burning in a fireplace. Christmas markets and all that yummy treyf food, kitschy music, and other gewgaws are fun.

But that’s beside the point.

One is either a Jew or not. And if you are, you shouldn’t be celebrating Christmas or that other Christian holiday eight days later; the two are mutually exclusive.

I don’t care that Hanukkah isn’t celebrated with the same dubious public piety and consumer excess as Christmas. I don’t begrudge anyone their holiday and I don’t need a consolation prize. I don’t feel left out or marginalized or dismissed or not treated with respect because a lot of people celebrate something different. It’s a minor holiday on the Jewish calendar and we celebrate it according to our traditions, not anyone else’s. And that’s a good thing.

I long ago accepted that we’re a minority wherever we live, and I’m fine with that. If you wish me a merry Christmas, I’m not going to get insulted. And I’m not going to accuse you of committing a microaggression and report you to the Twitter police.

If you are one of those people that has a dilemma in December, keep it to yourself or within your support group or whatever. PLEASE!

But don’t kid yourself. By engaging in this annual navel-gazing pageant you’re telling everyone that you want Hanukkah to be recognized as a Christmas equivalent. Why else would you be making such a big deal out of it?

And what of that other celebration eight days later on January 1?

I wonder how many people realize why New Year’s Day comes eight days after Christmas. As I wrote some years ago, the celebration of the new year is all about one particular foreskin. There are many Christian denominations, the Church of England, the Anglican Church of Canada, the Lutherans, and the Eastern Orthodox for example, that all ring in the New Year with the Feast of the Circumcision.

The name of this feast has changed many times over the centuries. Today, in Roman Catholicism, it’s called the Solemnity of Mary, Mother of God. But whatever Christians call it, the holiday celebrates the day Jesus was named, which in Jewish tradition occurs at the brit milah.

If you have a dilemma in December, surely you have one in the spring too.

Easter and Passover. And I’ll bet that one never occurred to you. For Christians, Easter is a much bigger deal; without it, there is no Christianity. It’s as fundamental to Christianity as Passover is to Judaism.

Mull that one over. You still have a few months.

About the Author
Toni Kamins is an American writer who lives in Paris, France. Her work has appeared in such publications as the New York Times, the NY Daily News, City Limits, the Los Angeles Times, the Forward, the Jerusalem Post, and Haaretz. She is the author of the Complete Jewish Guide to France and the Complete Jewish Guide to Britain and Ireland. She is also the creator and publisher of the Medicare Reporter, which she launched in June 2021. https://themedicarereporter.substack.com/
Related Topics
Related Posts
Comments