II. The First Thing I Missed 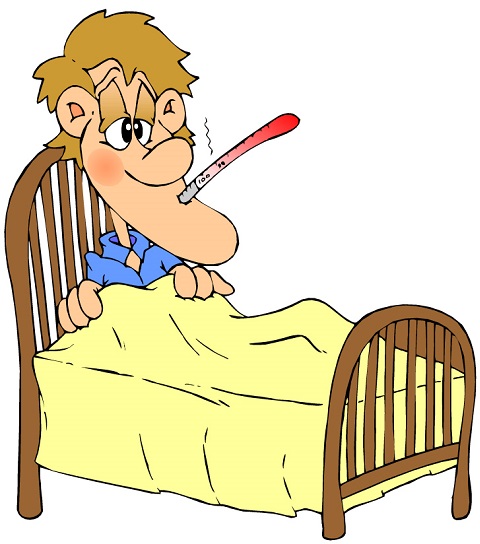 This text only states that Rabbi Yochanan was “ill”. This seemed strange to me, since the Talmud has terms for different degrees of illness including “seriously ill” and “close to death”. For some reason, I always pictured the situation that these rabbis were dealing with at least a serious, if not, critical sickness. The fact that the words transmitted here have recorded only “ill” apparently meant that, as far as the Mitzvah of Bikkur Cholim is concerned, it applies even to mild fever, indisposition, or even “feeling out of sorts”. That should resonate with many of us, because — with too many of us involved in busy lives, all too often we make adjustments in our schedules only when we hear words like “chemotherapy” or “biopsy” from a relative, friend, acquaintance, and, in a few situations, a stranger. This is particularly relevant in our Days of the Plague.

Though we have had widespread viruses in the past (SARS, AIDS, etc.), we are untutored in quarantines and lockdowns, haywire stock markets, cancelled sports events, cruises, flights, concerts, and museum closings (in Washington, viewing the Hope diamond, the original Declaration of Independence, or gazing at Henry, the 11-ton elephant in the Smithsonian), surgical gloves, 20-second multiple daily handwashings, reports and charts of the ratio of deaths to people testing positive. Six months ago, none of us would have thought that a severe interruption in our day-to-day would apply to us. As people call, send e-mails, text, Zoom, Facetime and Facebook with us, we do the same for them. Our “normal schedule” has been set aside while we receive and send words of “just checking up on how you are doing.”

The Mitzvah of Bikkur Cholim discussed above, calls to mind another example of “missing” something. Near universally quoted is the Halachah that says that the laws of Shabbat and holidays are suspended — if it is a case of pikuach nefesh — lifethreatening. The actual Halachah states safek pikuach nefesh, i.e., even if there is doubt as to whether it is possibly life-threatening. The meaning in our day is obvious.

III. The Second Thing I Missed: The Two Rabbis
To more completely understand this story, I believe it is crucial to know who these two specific Rabbis were. Determining that detail, we have to consider many factors:

1) For centuries, there were only handwritten manuscripts of the Talmud, which contained, quite naturally, many mistakes;

2) Even the best scribe copying 5,000+ pages has to occasionally cause errors to happen, particularly if he or she sensed that there was something that didn’t make sense. So the scribe made a change;

3) Then, post-Gutenberg, there were printed books of Talmud, though the transcriber could have added more misreadings or mistakes due to, among other reasons, the poor handwriting of the manuscript being transcribed;

5) Then came the CD-Roms, amazingly simple objects that weighed maybe a few grams, that contained unbelievable quantities of Jewish text, plus scanning and copying capabilities that were dazzlingly revolutionary only 10 years before;

6) Inevitably, the Internet expanded the number and accessibility of more material, such as can be found on Sefaria’s website;

Again, I almost missed a critical element in this chain of accuracy of the text: Those blessed select few Great Ones who had all the material — and the ability for instant recall — in their own minds. I have formally studied with one of them, my Rebbi, Rabbi David Weiss-Halivni, and for years I have had an annual Kiddush lunch in Jerusalem with another: Rabbi Daniel Sperber.

Long ago, having surrendered the naïve sense that the Talmudic rabbis were monoliths of genius — (a) were equals in superb intellectual gifts, i.e., experts in all areas of memory and teaching Torah, (b) had a thorough knowledge of the relevant material, (c) had identical personality traits, (d) and, ultimately, every one of them, a Mensch — I wanted to make certain that I didn’t miss anything again. I needed at least some of the facts of the biographies of these two unique individuals.

I did already know some of the bare facts about the two Talmudic Rabbis. Rabbi Yochanan (not Rabbi Yochanan ben Zakkai) in the late 3rd century and well into the next, was the true giant; he is quoted thousands of times in both the Babylonian Talmud and Yerushalmi (great scholars have substantiated that “thousands” is an accurate figure), and one of his students was Rabbi Chanina. Once you determine which of the Rabbi Chanina’s in the Talmud is the right one, you have the key to my “missed” insight.

Rabbi Chanina was certainly a prominent and undoubtedly well-respected sage in his day. Yet, in relation to Rabbi Yochanan, I’m thinking that comparing the two rabbis resembles somewhat comparing Leonard Bernstein or George Gershwin to Mozart.

Having recognized this relationship between the two, I am absolutely astonished that Rabbi Chanina had the power to heal Rabbi Yochanan. And even more, that completely unexpectedly to Rabbi Chanina, he did, in fact, heal him. Rabbi Chanina only knew that he had to perform the Mitzvah of Bikkur Cholim and he did what he did he had to do.

The Torah we might learn from this: First of all, we should not shy away from a Mitzvah-opportunity even if there exists an enormous gap of status, ethical reputation (Menschlichkeit), fame, wealth, talent (e.g., “talented” vs. “genius”), or any other factor that would keep us from performing the Mitzvah. And second, let us keep in mind that — so many of the great Mitzvah programs developed enormously, healing thousands, sometimes millions of people — began with a bar or bat Mitzvah kid who was undaunted or, as some have put it, “too dumb to know” that you can’t do it. For the select courageous few who can do as Rabbi Chanina did, let us hope they appear on the horizon and in the media, bimhayrah biyamaynu, soon, very soon.

About the Author
Danny Siegel is a well-known author, lecturer, and poet who has spoken in more than 500 North American Jewish communities on Tzedakah and Jewish values, besides reading from his own poetry. He is the author of 29 1/2 books on such topics as Mitzvah heroism practical and personalized Tzedakah, and Talmudic quotes about living the Jewish life well. Siegel has been referred to as "The World's Greatest Expert on Microphilanthropy", "The Pied Piper of Tzedakah", "A Pioneer Of Tzedakah", and "The Most Famous Unknown Jewish Poet in America."
Related Topics
Related Posts
Danny Siegel
Comments