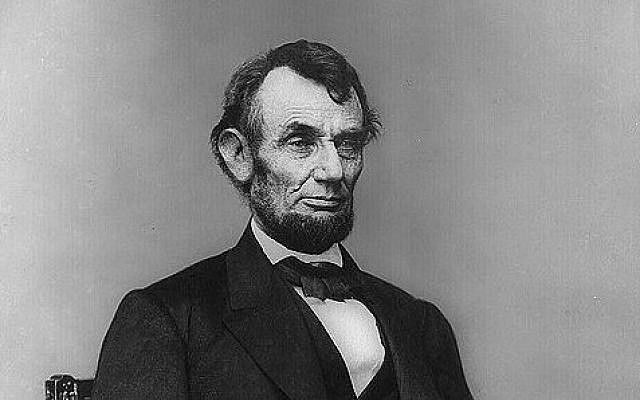 The Gettysburg Address is perfect.

It’s short, it’s direct, and it’s profound. It wastes no words but combines the ones it uses with balance, clarity, and art. There are no weasel words, no bland corporate speak, no jargon, no euphemisms.

The Gettysburg Address is true, although it also is more aspirational and inspirational than it is historic. The United States was not quite conceived in liberty, and it was not really dedicated to the proposition that all men are created equal (even if you ascribe to the convention that “men” includes women) because it was created with the original sin of slavery, the cause of the war whose bloody effects were underfoot at the Pennsylvania cemetery where Lincoln spoke.

But of course Abraham Lincoln knew that.

The Address ends with a demand that we, his listeners — and by implication their children and their children’s children, and our children and our children’s children, down through history, because it is that important, and because Lincoln’s understanding of time’s passing is clear — “resolve that these dead shall not have died in vain — that this nation, under God, shall have a new birth of freedom — and that government of the people, by the people, for the people, shall not perish from the earth.”

Lincoln’s speech was firmly in the prophetic tradition.

Rabbi Joseph Prouser, who is a student of history and the leader of Temple Emanuel of North Jersey in Franklin Lakes, has translated the Gettysburg Address into Hebrew and set it to a haftarah trope. He chants it once a year, on the Monday of Presidents’ Day, at Shacharit, after the Torah service. That is the time on Shabbat and chaggim when the haftarah is read, and the haftarah is a selection from the books of the Prophets.

So how entirely logical it is that the words of our great national prophet, Abraham Lincoln, be read in that way, at that time.

It perhaps surpasses logic that the reading is as emotional as it is. The emotion does not come from Rabbi Prouser, who chants straightforwardly, letting the short syllables and insistent rhythm move the strong words forward. It comes from the listeners.

The first time I heard it, to my astonishment, I cried. The second time, to my surprise, I cried again. By now, I know what to expect. I bring tissues.

But I cry — and I think I am not alone in crying — not out of sentimentality, but because of the power and the beauty and the hope and the rigorous demands of that extraordinary speech.

And as it turns out there’s more.

According to an astonishing story in the Atlantic, in the 1930s, the Federal Writers’ Project, a New Deal program, interviewed former slaves, who were quite old by then. Nearly 40 of those thousands of oral histories said that a man had visited them before the war — most of the time the man was a peddler or a beggar — had talked to them, and had told them not to worry. Slavery would end, and soon, he said.

And then, after he’d left, the slaves would find his initials, or even his name — ABRAHAM LINCOLN — carved or written somewhere.

There is no reason to think that Abraham Lincoln actually made these visits, and many logistical reasons to assume that he did not.

But it makes sense to think that Abraham Lincoln, that tall, brooding, melancholic figure who sits high in his seat in his monument in Washington, that complicated, sad man who was surrounded by early death — his mother, his fiancée, his son, all those soldiers, both the Union forces and those young, mistaken, but still dead Confederates — and whose own death, at the hands of the mad young actor who soon was dead himself, was early and unspeakably tragic, because who knows what horrors he might have been able to spare the country — was the kind of mythic hero who could be incorporated into folk stories.

The echoes of prophecy are unmistakable as well. The Atlantic story doesn’t mention this — although it does touch on the African folk figure of the trickster — but to the Jewish reader it evokes images of Elijah the prophet, appearing in disguise to do good or to make right things that had been wrong.

There is something that feels deeply Jewish about Lincoln.

So Abraham Lincoln, the writer and orator, the politician and poet, also was a prophet, and Rabbi Prouser is not only forging a new, powerful tradition, but also expanding on an old one.