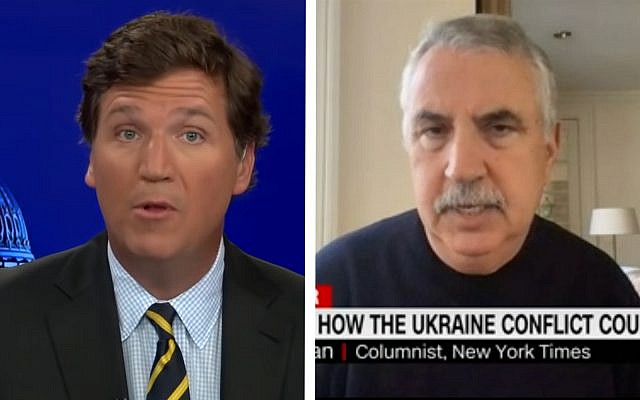 This was most apparent between the two world wars, when American isolationism, beginning with the Senate vote not to join the League of Nations, helped to create a vacuum that was filled by Adolf Hitler. While many factors played into the outbreak of World War II, which was inevitable considering Hitler’s aim to dominate Europe and beyond, American isolationism helped undermine the ability of the democracies to stand up to Hitler.

And for the Jewish people it led to the ultimate disaster. By the time America truly went on the offensive during the war, in June 1944, four million Jews had already been slaughtered.

Contrast all this with the decades after the war. Because of the threat to the West from the communists, former right-wing isolationists joined in with other Americans to support American leadership in the world in a bipartisan fashion. This leadership, even with the failures in Vietnam and Iraq, has produced a largely peaceful world that has been good for the world, good for America and good for the Jewish people.

As Vladimir Putin is trying to turn the peaceful world upside down in Ukraine, the question of the role of the United States is coming to the fore in a way that it hasn’t for a very long time. And while there is an understandable tiredness among the American people, who are facing many domestic challenges, evidence of isolationist sentiments coming from all over is disturbing and suggests a much more dangerous world.

Carlson fits into the theme of classic right-wing isolationism. With the fall of the Berlin Wall, we started to hear rumblings of that old isolationism, embodied by the America First movement, from right-wingers like Pat Buchanan who saw no reason for American military or financial investment now that the communist threat seemed dead.

Characteristic of this renewed isolationism was a rationalization of the behavior of those who were most threatening peace. Carlson’s insipid defense of Russia is consistent with this mode of thinking. While it may have several origins, one purpose is clearly to justify non-involvement by America on the grounds that there are no principles or interests involved in this conflict.

Carlson has been roundly denounced in many circles, but we shouldn’t forget that he has one of the most popular cable news shows and may well reflect and influence such thinking in broad parts of the country.

And then there’s Friedman, whom no one would suggest is an isolationist.

It was therefore shocking to read his piece on the eve of Putin’s invasion of Ukraine where he wrote that while this would be Putin’s war, Western democracies, including the United States, share blame for these developments. As proof, he pointed to the push led by the Clinton Administration in the 1990s to bring NATO up to Russia’s doorstep, despite warnings from Russia and others that this could be seen as jeopardizing Russian security.

Analytically, this is not particularly wrong. What is astounding, however, is the idea that just as Putin was about to strike in the most significant European violation of peace since World War II, one of the most prominent writers on international affairs was providing fodder for the Putin propaganda machine to justify his murderous intentions.

While it is important to generally avoid analogies to the Nazi period – and there’s no evidence in Putin of the racial and antisemitic ideologies that characterized Nazism – Friedman’s focus on Putin’s propaganda and not his megalomania has historical parallels. Imagine if a prominent, well-read columnist like Friedman had written a piece before the invasion of Poland, suggesting that the West was at fault for Hitler’s aggression because of its punitive reparations against Germany at the end of World War I.

In fact, those punitive measures were counterproductive, but they had literally nothing to do with Hitler’s intentions and would have been seen as fueling the Nazi propaganda machine.

Similarly, Putin’s invasion has nothing to do with alleged Russian insecurity and rather reflects the well-known statement by the president of Russia, a former KGB agent, that the greatest disaster of the 20th century was the dissolution of the Soviet empire.

And so we have on one side of the political spectrum mindless isolationism, and on the other, “objective analysis,” both serving the interests of the most dangerous aggressor the world has seen in decades.