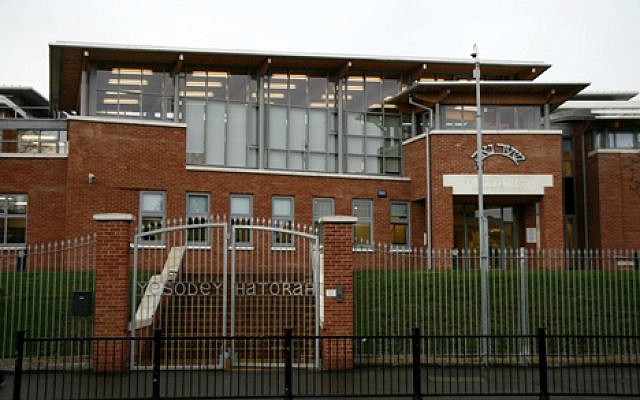 Our Orthodox community is embroiled in a highly unpleasant dispute with the education authorities. The result could monumentally affect the future freedom of Jewish life in Britain.

Owing to a newly-formulated interpretation of laws supposedly introduced to promote equalities and community cohesion, schools across the board stand to be mandated to teach pupils a wide variety of cultures and lifestyles, including those that may be forbidden within their own faith ethos. This policy is being rolled out under the mantra of “British values”.

In documents issued by the Department for Education (DfE), it has been proposed that all educational establishments, specifically including faith schools, must have lessons regarding sexual relationships. In order, supposedly, to combat discrimination and extremism, they must teach explicitly and in a positive fashion all the statutorily defined “protected characteristics”. This includes lesbian, gay, bisexual and transgen relationships and gender reassignment.

These proposals, backed up by draconian  methods of enforcement for non-compliance, including summary school closure orders, fly in the face of this country’s free, democratic way of life. Their implementation against faith schools would be an outright assault by secularism and humanism on traditional religious values.

Orthodox Jewish schools have never had a tradition of teaching pupils about the intimacy of personal relationships in anything but the most subtle and spiritual way that the study of Biblical and Talmudic texts may afford. As for other cultures and lifestyles, whereas it is totally unacceptable in Jewish teaching to negatively discriminate and preach intolerance, those protected characteristics that are scripturally forbidden cannot possibly be discussed and promoted in the classroom.

I am sure such a taboo would apply equally within Christianity, Islam, and any other faiths to which the Bible and traditional family values are sacred.

Equally alarming is a proposal to forbid the teaching of “creationism” as an absolute truth, above other scientific theories, concerning how the world and human beings originated. There is also a demand for pupils at any school not to be taught in a manner that discourages them from interacting in the fullest sense with those of the opposite sex. It is one thing to apply these directions to mainstream non-denominational schools if that is perceived to be politically correct and parents approve. To impose such liberalist values on the schools of established faiths that fundamentally reject them is state interference at its most arrogant.

It is curious that, until now, virtually all public protest has come from the Charedi community. Schools, synagogues and organisations within the modern Orthodox sector should be urged to vocalise their concerns alongside, since they likewise stand to be affected by the scourge against faith schools. And if the crisis ultimately requires the Jewish community to make common cause with other faiths, then, subject to rabbinical guidance, we should do so.

The question to be asked is how a Conservative government committed to parental choice and educational diversity could wish to adopt such destructive anti-libertarian measures.

In the case of the DfE, it has left an opening for left-leaning civil servants and Ofsted bureaucrats to dictate policy to suit their own ideological agenda, ahead of their elected superiors.

A robust, unified campaign to preserve faith school freedom targeted at politicians at all levels is urgently needed. The new Chinuch UK umbrella body has been established precisely for this purpose. Its representatives must campaign relentlessly for the sake of future generations. They must not allow themselves to be appeased into the slightest compromise on concepts that strictly-Orthodox schools cannot and will never teach under any circumstances.

It must not be forgotten that religion is itself a “protected characteristic”.

If that protection is destroyed, the term “British values” will be rendered bankrupt.