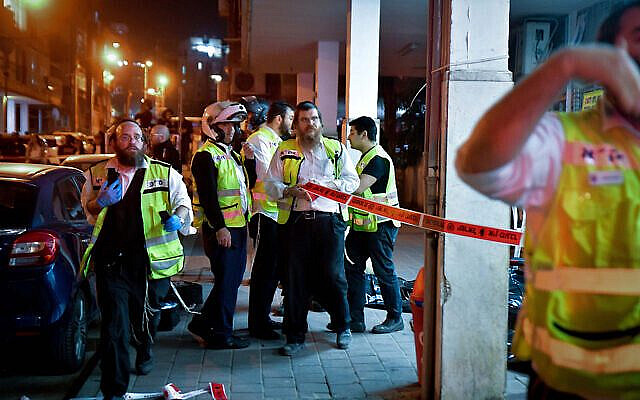 This is the bloodiest week in Israel since 2006, and it’s happening in the quiet places – the coffee shop near the mall with the old guys in front. The modest little bus stop not far from the beach. A neighborhood outside Tel Aviv where men in black hats eat cholent on Thursdays while their wives prepare for Shabbat. 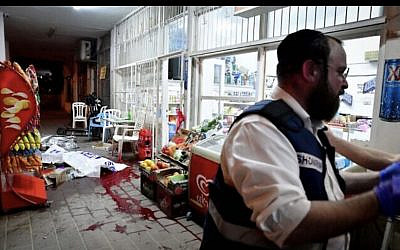 Israeli police officers and medics are seen at the scene of a terrorist shooting attack in Bnei Brak, on March 29, 2022. (Avshalom Sassoni/Flash90)

These are the quiet places that have been part of Israel since we won our independence in 1948 , that aren’t called “obstacles toward peace,” that are emphatically not contested religious sites or part of “The Territories” — not that it should matter because terror is terror , and a Green Line doesn’t change that.

These are the quiet places – loud only with the sound of living… of honking horns, a construction drill, kids shrieking on a seesaw at the park, a woman calling to her friend across the street “Shoshi, where have you been? When are you coming for Shabbat?” 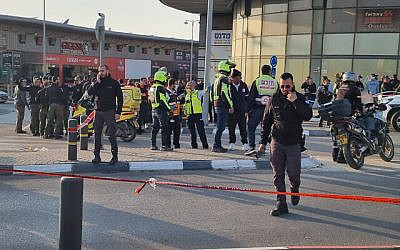 4 killed, 2 wounded in stabbing attack at Beersheba mall; terrorist shot dead
The scene of a car ramming and stabbing attack outside the ‘BIG’ shopping center in Beer Sheva, southern Israel, on March 22, 2022. (Flash90)

These are the quiet places — but listen: a hail-storm of bullets, the sound of a young father  screaming as he dies protecting his two year old son, a single mom’s death rattle as she bleeds out, the ambulance sirens one after another. 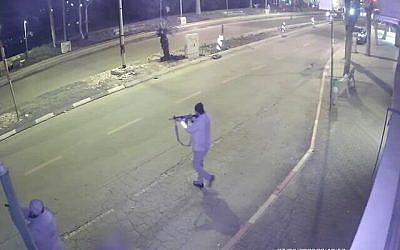 2 police officers killed in terror shooting in Hadera; both gunmen shot dead
The suspects in a terrorist attack in Hadera, March 27, 2022. (Screenshot: Twitter; used in accordance with Clause 27a of the copyright law)

And then… only silence.

So please: Don’t be silent. Speak up clearly and unequivocally that you see us and you are with us.