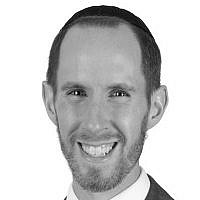 The Blogs
Philip Moskowitz
Apply for a Blog
Please note that the posts on The Blogs are contributed by third parties. The opinions, facts and any media content in them are presented solely by the authors, and neither The Times of Israel nor its partners assume any responsibility for them. Please contact us in case of abuse. In case of abuse,
Report this post.

Whether celebratory or tragic, we all have our own list of “where were you when” moments, where we remember with ease where we were and what we were doing as truly landmark world events unfolded around us.

Growing up, my mother always told us where she was and what she was doing when she heard that President John F. Kennedy was shot. (The milkman had just made his delivery as the news broke; he sat together with my grandmother at her kitchen table, and they cried together).

For my generation, undoubtedly, 9/11 is that moment.  For me, it was my second day at Yeshiva University.  I had just sat down in the Beis Medrash when news started flowing in about a plane hitting the World Trade Center.  To be honest, having been from Boston, I didn’t have a great appreciation yet of what those towers represented and just how significant they were, and so I continued with my learning.  It was only when the second airplane hit that we realized the magnitude of what was taking place.  Rabbi Yosef Blau, the longtime Mashgiach of YU, banged on the Bima, stopped everyone’s learning, and proceeded to lead hundreds of students in saying Tehillim.  It was a very powerful and unforgettable moment.

Beyond 9/11, one of the most consequential “where were you when…” moments in my lifetime was April 20, 1999.  Dressed in dark trench coats, carrying an arsenal of guns and a duffel bag with 30 homemade bombs, two 12th-graders walked into Columbine High School and murdered 12 students and 1 teacher, wounding another 20.  Few events, if any, have more profoundly shaped the next twenty-two years of world history.

At the time, it was the worst school shooting in U.S. history.  It robbed students and schools of their innocence, creating a new sense of fear and anxiety every time a parent would kiss their child goodbye in the morning.  Since the Columbine massacre, there have been a staggering number of school shootings in the United States.  To list only a few, in 2007, a 23-year-old student at Virginia Tech shot up the campus, killing 32 people. In 2012, a 20-year old entered Sandy Hook Elementary School in Newtown, Connecticut, where he killed 20 children and six adults.  And of course, so close to home, in 2018, seventeen local teens were murdered at Marjory Stoneman Douglas High School.

All of this, of course, doesn’t even take into account the dozens of non–school-related mass shootings each year and the thousands of people who are shot regularly on street corners across the United States.  These happen so regularly they sadly barely even register in our minds, if they even make it to the news. Just this last weekend alone, 24 people were shot in Chicago (3 fatally), 8 people were killed at a FedEx facility in Indianapolis, 3 people were killed at a shooting in Austin, Texas, 3 people were killed and 3 others severely wounded at a tavern in Wisconsin, and the list goes on and on…Omaha, Nebraska, Columbus, Ohio, LaPlace, Louisiana, and on and on and on.

Why am I sharing these statistics and numbers with you?  Because tragically, and at this point predictably, one or two things happen with each new shooting.  First, each of these incidents quickly becomes politicized as both sides filter it through their narrative of the ailments facing our country and what corrections need to take place.  Second, we become desensitize and stop noticing.  Shootings have become so ubiquitous to our way of life that when we hear of one, oftentimes we simply give a shrug and move on to the next news cycle.

Increasingly lost in these statistics is our remembering just how tragic each loss of life is.  Since Columbine, shootings and mass casualties have become such a part of our everyday news cycle that we don’t stop to reflect upon just how tragic all of this is.  The numbers referenced above should make us all feel sad, regardless of political leanings.

In marketing, they call it habituation.  If you see something over and over again, you start to ignore it.  Marketing habituation occurs when consumers quickly tune out a company’s — or even a whole category’s — way of marketing, provided that it is repeated often enough. A cheetah may have once immediately elicited a sense of speed and power, but after 30 or 40 companies chose the same symbol to signify speed, it ceased to interest anyone.

Which is why marketers work very hard to pique your interest by making quirky little adjustments to their campaigns.  They will change a speed limit sign to 57 or hang that sign upside down.  In one study, they found that a scientist dressed as a panhandler raised more money when he asked for 37 cents instead of a quarter. And so, marketers will put “urgent” in the subject line of an email, even though the contents couldn’t be less urgent.

In Sefer Devarim, the Torah instructs us about the Mitzvah of Eglah Arufah, the broken-necked heifer. It is to be performed when the corpse of a murder victim is discovered and the murderer is unknown.  The ritual includes the elders of the nearest village breaking a heifer’s neck and declaring: “Our hands did not shed this blood nor did our eyes see it done” (Devarim 21:1–9).   The rabbis wondered, “Would it ever have occurred to us that the city elders are murderers?!” (Mishnah Sotah, 9:6) What then is the purpose of this declaration?

The answer is that Eglah Arufah is meant to challenge our sense of habituation and the apathy that comes from it.  When no perpetrator has been found and no trial has been held, it is all too easy to turn away and move on to the next news story.  The Eglah Arufah ceremony forces us to confront and acknowledge the tragedy that is the loss of every human life.

Just this week, someone that I know locally in Florida lost a friend and his girlfriend to a murder/suicide.  The person couldn’t understand how anyone could commit such a senseless act.  The person wondered how anyone God-fearing could so irrationally take a life.  Watching this person’s grief and heartache, I was reminded of the pain that exists beyond the murder statistics.

On April 12, 1999, just eight days before the Columbine massacre, Elie Wiesel spoke in the East Room of the White House and said the following:

“Of course, indifference can be tempting — more than that, seductive. It is so much easier to look away from victims. It is so much easier to avoid such rude interruptions to our work, our dreams, our hopes. It is, after all, awkward, troublesome, to be involved in another person’s pain and despair. Yet, for the person who is indifferent, his or her neighbors are of no consequence. And, therefore, their lives are meaningless. Their hidden or even visible anguish is of no interest. Indifference reduces the other to an abstraction.”

Our country faces many challenges.  Each is complex and none has any easy or quick fixes.  But, while politicians and activists debate the best approaches to keeping us safe and secure, it is important for us to never forget, at the most basic level, that each case of murder was a life extinguished.  It was someone with a family, a wife, husband, child, or best friend.  It was someone with a future and limitless possibilities.  Each example isn’t just a statistic. It was a human life.  And each is a tragedy.  Plain and Simple.  Let’s never forget how sad that truly is.

About the Author
Rabbi Philip Moskowitz is the associate rabbi of the Boca Raton Synagogue.
Related Topics
Related Posts
Comments