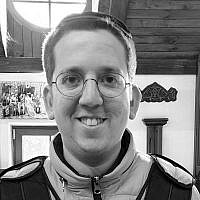 The Blogs
Yossi Kletzki
Apply for a Blog
Advertisement
Please note that the posts on The Blogs are contributed by third parties. The opinions, facts and any media content in them are presented solely by the authors, and neither The Times of Israel nor its partners assume any responsibility for them. Please contact us in case of abuse. In case of abuse,
Report this post. 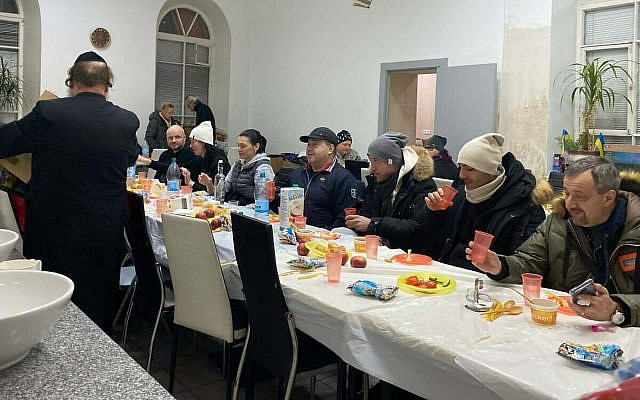 The place: Chisinau, Moldova. My name is Yossi Kletzky and I was one of the first United Hatzalah team members to be sent to the Ukrainian border in Moldova, together with United Hatzalah’s humanitarian aid and medical aid mission.

When the call went out a couple of weeks ago, on a Thursday, that we would be sending a mission, we had very little time to prepare and arrange all of the logistics. As the director of the Maintenance Department for United Hatzalah, a lot of those responsibilities fell to me and my team in the Logistics department. It was a near miracle that we got as much done as we did for the initial flight, which took off that Saturday night.

During the first week and a half that I spent in Chisinau, we worked around the clock, hardly sleeping, all to aid the refugees and local community. Some of the things that were necessary to help the refugees were things that I had never done in my life and never thought I would ever do.

I should explain that I am ultra-Orthodox in my observance of Judaism. That means there is a long list of things that I refrain from doing on Shabbat — things like driving, cooking, using electricity (unless it is set up beforehand), as well as a variety of other things that are considered to be prohibited labors on Shabbat.

On the first day, when our delegation arrived at the community’s synagogue, the rabbi there, Rabbi Pinchas Saltzman, allowed us to turn the place into our informal headquarters. We found a kitchen the size of a regular home kitchen, and people trying to cater for hundreds of refugees. They did the best they could and made a lot of food, but it was not enough to supply the ever-increasing demand of the number of refugees who were coming into the city from Ukraine. The food they were making was very basic food.

We members of United Hatzalah’s logistics department are used to emergency situations and can provide professional responses and solutions in such situations for every aspect and in every kind of place. It is what we are trained for and what we excel at.

As the only logistics representative of the organization who was a part of the initial delegation, I was sent to coordinate the logistics apparatus of the organization in Moldova. Thank G-d, after great efforts, and with the cooperation of the local community, I succeeded in establishing a much larger kitchen — big enough to provide between 1,500 and 2,000 meals per day, every day, including on Shabbat. Normally, cooking isn’t allowed on Shabbat; however, due to the refugee crisis, the rabbis of both the community and the organization ruled that this was a life-threatening emergency, and we therefore were allowed to cook. And when we ran out of food, we were even allowed to go shopping for more food, so that the new refugees, who continued to arrive, could have something to eat. Both cooking and shopping on Shabbat were completely new experiences for me. But we did what was needed.

When the second flight bringing in volunteers and supplies landed the following Thursday, we had an influx of manpower, equipment, and food, and we were told it would now be arriving daily from Israel. United Hatzalah began in earnest its full operation of creating daily airlifts of food and supplies into Moldova, as well as daily airlifts of Ukrainian refugees — taking them out of Moldova and bringing them to Israel. Thanks to this, we upped our capacity and were then able to provide approximately 2,500 meals per day. If the war continues and the number of refugees rises, there is a detailed plan for a kitchen that could produce 10,000 meals a day and more, including the new group of chefs who arrived to assist in the cooking of meals.

The food is being sent to refugees in tents on the borders, in hotels hired for them by the local community, synagogues and community centers where refugees are sleeping, and anywhere else that they are located. Some of the refugees came across the border having not eaten for days. These refugees include children, infants, pregnant women, and exhausted elderly people. Many of them came by foot and walked dozens if not hundreds of kilometers in rain, mud, and snow. Many were carrying bags and suitcases. Some carried nothing at all. Some of them have not slept for days, and some are sick. One thing that will help them all is a healthy, hot meal, cooked with love.

We saw the delight and excitement in their eyes the moment they saw us entering the various dining rooms and presenting them with hot meals. There was a feeling of unity, of a people united. In some places, there was even a sense of family helping one another in times of need.

I returned last week to Israel and I was replaced by Doron Daniel, director of the Logistics Department, as well as a team of volunteers from the department who will come with fresh new strength to continue the work that I had the merit to begin.

My job is not flashy. I wasn’t on the border handing out food or providing medical treatment. But it is of vital importance all the same. I am thankful that I had the opportunity of participating in the delegation and contributing from my experience in organizational logistics to help improve the emergency situation for the refugees. If even one refugee was made more comfortable and their trauma was alleviated a little bit because of the work I did, then for me it was all worth it.

Translated from the original Hebrew via United Hatzalah.

About the Author
Yossi Kletzki lives in Jerusalem and serves as the director of the Maintenance Department for United Hatzalah. Never before has he gone shopping for food, nor cooked, on Shabbat, and in spite of it all, he is happy that he did so because this too was saving lives.
Related Topics
Related Posts
Comments