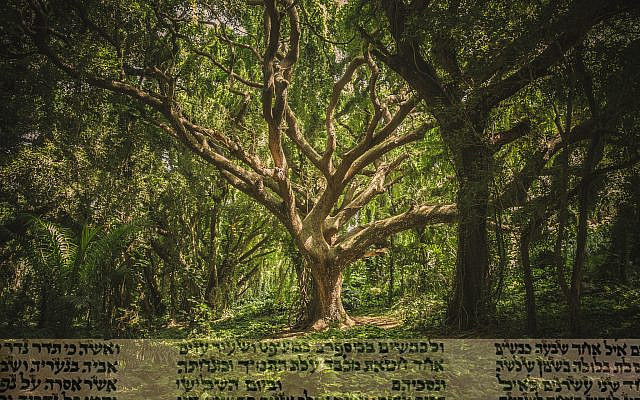 “Once there was a tree…” are the opening words of Shel Silverstein’s classic poem, The Giving Tree. The tree loves a little boy and gives him its shade, its apples, its branches, its trunk, until it is merely a stump. Even then, its giving nature remains: “An old stump is good for sitting and resting. Come, Boy, sit down and rest.”

An old stump is good for sitting and resting. Come, Boy, sit down and rest.

Our Torah is referred to as a tree of life. It is giving, by nature. It gives us history, heritage, religion, laws, identity, knowledge, and among other things, a moral compass. It gives and it gives – and it gives.

Consider the Jewish calendar from the winter through the spring. Hanukkah, Purim, Pesach, Yom HaShoah, and Yom Ha’atzmaut all recount a tale of survival in the face of destruction. Each is ultimately a story of redemption, a testament to the indomitable spirit of our people. The season ends with Shavuot, which celebrates the giving of the covenant at Sinai. It is a reminder of who we are and what lies at the heart of our identity: we are the people of the Covenant, the people of the Book, the Torah.

American Jewry fights for others before fighting for itself.

Giving is indeed a noble value. Nevertheless, as Eve Barlow, a Scottish music journalist, feminist, and Jewish activist, wrote on Twitter: “American Jewry fights for others before fighting for itself.” She wrote this the day after hundreds of pro-Palestinians marched in New York demanding the removal of “Zionist” professors and students, the killing of Jews in America, and calling for the genocide of the Jews in the Jewish state. The march took place after almost two weeks of terrorist attacks by Palestinians. It wasn’t American Jews who took to the streets in protest, it was pro-Palestinians who marched in the streets – not to shout “not in our name”, but to call for more violence, to target Jews, and, ideologically, to stand shoulder-to-shoulder with the terrorists.

We must not forget our own community.

In giving to others, in seeking a just society, we must not forget our own community. Wherever we are on the political spectrum, we must teach our children to stand up against antisemitism, to identify and reject direct and indirect calls of genocide, and to love our religion, our people, and our homeland.

As American Jewry continues to live under the shade of our Tree of Life and continues to be inspired to do good and to seek justice, it would do well to be reminded that we mustn’t become like the Giving Tree, who gave until there was nothing left of itself.

The opening of Silverstein’s poem reveals a bleak end: “ONCE there was a tree.” Our beloved tree should never be spoken of in the past but be spoken of today and always – for ours is not merely a GIVING tree but also a LIVING tree.

About the Author
Eyal Bitton is the cantor of Congregation Neveh Shalom in Portland, Oregon where he incorporates Sephardi/Moroccan music, Ashkenazi music, popular adaptations, and original compositions into the service. As a composer and writer, his theatrical works have been produced in the US, Canada, Kenya, and China.
Related Topics
Related Posts