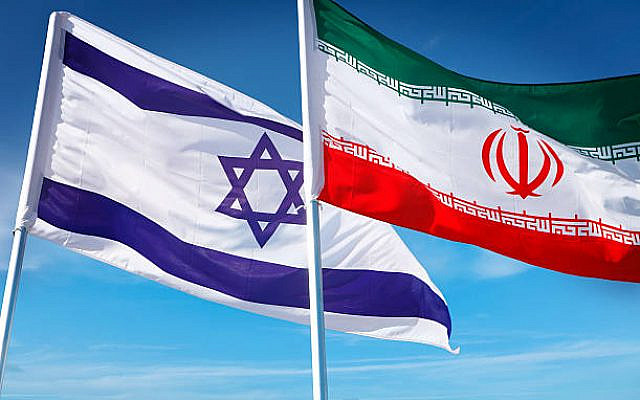 Almost immediately after President Biden returned from his Israel and Middle East trip, Iran issued a statement declaring its capability to develop a nuclear weapon. The growing threat that enhanced Iranian nuclear capabilities pose to the region – and the entire world – continues to accelerate the need for regional unity to counterbalance the rogue nation. Fortunately, strong US leadership and a sustained US-Israel relationship have already helped build a more integrated and stable Middle East region.

Legislators put forth this bill in the wake of a drone attack on the US consulate in Iraq believed to be committed by Iranian proxy forces in retaliation against Israel – another stark reminder of the lengths that Iran will go to attack the United States and seek to remove the “Israeli cancer” from the global map. Iran remains the leading state sponsor of terrorism and agent of instability in the region, and its unrepentant, aggressive efforts to develop nuclear weapons and ballistic missiles, to support destabilization in the region, to fund terror groups targeting Americans, Israelis, and others, all continue to threaten peace, stability, and security across the entire world. As Lt. Gen. Michael Kurilla, the head of the US Central Command with jurisdiction in the Middle East, stated in his confirmation hearing: Iran is “the number one destabilizing factor in the Middle East with their malign behavior” and expressed praise for the increasing security cooperation among Israel and its new Arab allies.

The DEFEND Act provides another opportunity to demonstrate the positive power of strong American global leadership and a robust US-Israel relationship. The Act builds off the Abraham Accords – which have already resulted in innumerable diplomatic, economic, and cultural exchanges between Israel and neighboring Arab nations that would have seemed impossible just a few years ago – by providing a transformative vision for a new security architecture in the Middle East that benefits our national security priorities, safeguards Israel, and secures the entire region by combating an increasingly aggressive Iran and its terror proxies.

As the DEFEND Act makes clear, Congress has a critical role to play in ensuring that the Abraham Accords reach their full potential to support a new future for the Middle East. That’s also why it remains so critical to maintain and expand the overwhelmingly bipartisan pro-Israel consensus on the Hill. The House has already passed its version of the NDAA that includes the DEFEND Act; it is now incumbent upon the Senate to do the same, without removing the DEFEND Act provision as its version of the NDAA undergoes modifications.

The DEFEND Act, which enjoys broad support in the Jewish and pro-Israel communities, would be another positive step forward. As the Abraham Accords have proven, a strong US-Israel relationship is a force for good in this world, reducing the likelihood of war and enhancing the prospects of peace for all.