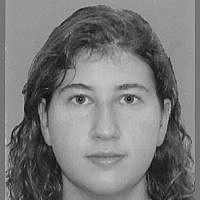 The Blogs
Tamara Crespin
Apply for a Blog
Please note that the posts on The Blogs are contributed by third parties. The opinions, facts and any media content in them are presented solely by the authors, and neither The Times of Israel nor its partners assume any responsibility for them. Please contact us in case of abuse. In case of abuse,
Report this post. 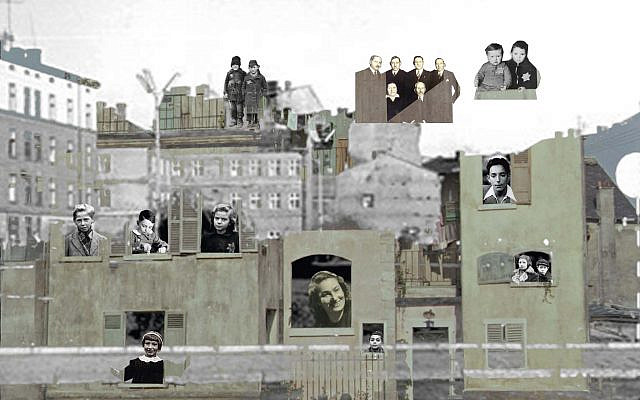 This piece is part of the series ‘How to philosophize as a Brazilian Jew’, a collection of essays that aim to approximate the multiple cultural identities and Jewish traditions that exist, in a body of knowledge that seeks to distance itself from the spotlight of North America, Europe and Israel — in search of meanings of Jewish roots stemming from new ethnic markings and cultural or regional contexts. Hence, this essay adopts as a focal point experiences of a global peripheral country, which in my case is Brazil.

Firstly, I understand that we recognize ourselves as something or someone from the perspective and acknowledgment that we see in others. And, it is before others that we become aware of our own existence in the world. As the Greek philosopher, Aristotle would say, man is a social being, that by nature needs to be part of a collective. This community not only inserts this individual into the world itself, but also legitimizes his or her as belonging. As such, this other being, in whatever instance, which is formative to its own existence. In philosophy, the concept of person surpasses the idea of being human and can be understood not only by physical and biological aspects but by an ethnic-moral construction, making it so that man does not become just a product of the present but rather a historical being.

In this way, to recognize oneself as Jewish is therefore to understand that from the perspective of others you are identifiable as a member of this culture. On that account, as an overview, I believe there are two different and constructive ways of being Jewish; the first would be to understand yourself as being Jewish through the eyes of other Jews, thus the Jewish community; yet the second would be to recognize yourself as Jewish based on the perspective of outsiders, the goy. These configurations aren’t mere constituents of Judaism, they are important thoughts regarding Judaism as a part of each individuals search for identity.

To understand oneself as Jewish, as a part of the Jewish community, is to, firstly, comprehend the linearity of the historical and cultural trajectory you belong to. It is in these spaces that the question of Judaism is fervently planted. Thus, it is the Jewish community that asserts and individual as Jewish, yet it is the understanding of outsiders that recognizes one as such.

Therefore, the perspective of outsiders becomes significant when understanding that your culture, tradition, religion or however you want to call it, is not part of the collective status quo. A large part of this lead Sartre to consider that the Jewish condition is brought from the outside upon un individual ‘and if we are Jewish, we are so before the perspective of another’, like Flusser says.

In my rich Jewish experience, I’ve had the chance to experience both. I understood my Jewish self through my studies at Jewish schools, where I would be exposed to daily teachings on culture, tradition and religion. Among my peers, it wasn’t strange to believe that only Jewish people inhabited the world. Yet, at the same time, I suppose that this restricted upbringing within members of my community created a Judaism that was contrasting to social transitions, and despite the Judaism seed having been planted at this time it was only later and in a different context that it blossomed.

As I distanced myself from community matters, I felt the need to search for a new identity. As I tried to attribute meaning to all the previous teachings I learned years prior about my social condition, but in turn, I looked to a context that hadn’t been introduced to me inside the Jewish community.

This journey in which I recognize myself as Jewish, from the perspective of non-members of the community, is more difficult than understanding my Jewish identity in the eyes of the member of the community. However, it is in this space, outside of the boundaries of the tight Jewish community, that its teachings begin to flourish. It is from the eyes of the outsiders that one can begin to establish a solid perception of oneself. This necessity to continue affirming my identity lead me to understand myself better as a Jewish person through my own eyes, before the Jewish community and any others to – in order to not limit myself to the borders of the Brazilian Jewish community and recognize aspects of Judaism as transcendental.

This perception does not follow a linear path. It is very complicated to be different amongst others that are all alike, to live with no references to historical Catholicism, or to live in a country where the collective belief revolves around Christianity. At the same time, it becomes gratifying when you are recognized and accepted as Jewish through the eyes of the non-jew.

This acceptance is what I am constantly searching for. It is stemming from the perspective of the non-Jewish that I choose to reaffirm myself as Jewish. Consequently, even though I recognize myself as Jewish once among the community, it was from recognition, curiosity, the happiness of looking into the eyes of others, and retelling Jewish traditions that I felt thoroughly Jewish.

In an effort to affirm and recognize my identity beyond the borders of the community, I comprehended, in subtle actions, that I was observed, seen and recognized as Jewish, which only asserted my being. I believe this wasn’t only important to me, but relevant from the eyes of this person and my Jewish heritage touched her in some way. Also, my existence as the carrier of an identity, tradition and culture was relevant not only to those that shared my beliefs but of greater recognition from this external entity.

I would like to use this brief essay to thank this person indirectly. The truth is I don’t know if she will ever read this body of work, or recognizes herself within my descriptions, but I would like to say that because of you, a non-Jewish person, that I came to recognize myself as Jewish.

Vilém Flusser (1920-1991), Jewish philosopher and thinker, says that ‘Judaism is the spectrum of a multifaceted experience and nothing can be disassociated from it’, which, as a Jew that follows Judaism, even when considering external influences, Jewish teachings can never be detached from it. I believe this, and apparently, so do non-Jewish indirectly.

About the Author
Tamara Crespin is Jewish and Zionist. Resident in São Paulo, Brazil, where she is pursuing a B.A in Architecture and Urbanism Studies. She has productions linked to the fields of design and fine arts and her own research in architecture, culture and Jewish tradition and its manifestations in the current scenario.
Related Topics
Related Posts
Comments