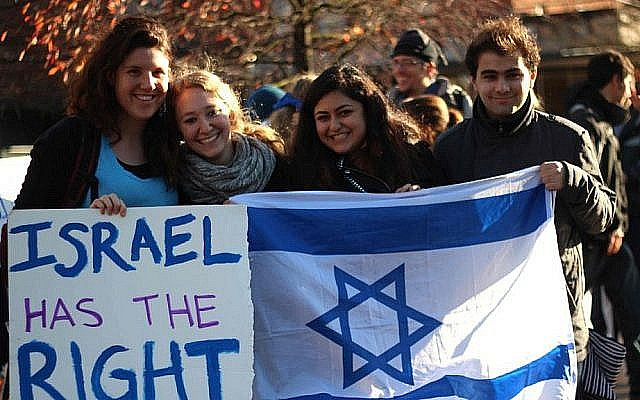 If you are a student concerned about the appearance on your campus of the two- or three-week “Week” devoted to factually bizarre comparisons of Israel to South African apartheid, know that the Week is aimed at silencing you. And since others will simply ignore the Week or assume it has a valid point to make, it appears that the Week is actually put on especially for you.

It is not aimed at any policy of Israel and it certainly does not advocate for a State of Palestine next to the State of Israel, any more than does its counterpart the Boycott movement. It is performance art whose goal is delegitimizing Israel and, in that process, you.

What has happened is that Israel has been framed. The perspectives through which Israel is viewed block out the reality of life there. And you are on a front line dealing with this framing that shows up dramatically during the Week, but also exists in much of what you’ll experience on campus whenever Israel is mentioned, and in much of what you’ll find in the media.

You don’t have to know all the facts to counter the framing of Israel because the charges the Week makes are not based on facts in the first place. Of course, knowing about Israel’s historical and current situations will be useful to you, but mostly because you’ll be reassured that in spite of the cognitive dissonance you may experience at hearing warriors for social justice single out one (and only one) small, liberal nation to boycott and label as an evil entity, Israel is actually the place you think it is: beautiful and unique; intense and relaxed; full of craziness and problems; and yet, multicultural and progressive and free.

Take heart. Your concern and your visible opposition to the laughable portrayal of Israel offered by the Week makes you one of the bravest students on campus.

For one thing, you are voicing your objections pretty much on your own, with just your group of Zionist students, in a setting where even the word Zionist has been cancelled. Professor Judea Pearl wisely explains that it is “Zionophobia” you are fighting against, “the irrational fear of a homeland for the Jewish people,” a prejudice that even some Jews may hold.

You’re brave because there are many campus events with which some students quietly disagree; yet the anti-Israel events are those that do result in counter-response. You are standing up in the face of what you know to be slander against the Jewish state.

Since each campus is its own small ecosystem, you are likely to know best which responses to the untruths heard during the Week will suit your school. Whether you put up your own informational display, or stand silently with signs supporting Israel, or go ahead and engage in a shouting match, or post quotes from political leaders, or hand out pictures of regular life in Israel, or perform Israeli rock or rap, all those less brave than you are depending on you and thanking you.