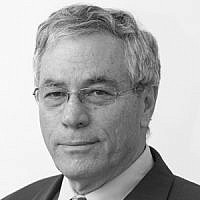 Among Puccini’s Verismo operas, Tosca is arguably my favorite, and I was lucky enough to see many Toscas which always made me wish to see more. However, the one I saw in November at the Metropolitan Opera in New York (the Met), left me with the unusual feeling: This was by far the best Tosca I have ever seen.

First of all, the grandiose production of Sir David McVicar, with the sets and costumes designed by John Macfarlane, are awesome. And when blended with the bold music of Puccini, it becomes a miracle on stage. I’m saying bold music, because Giuseppe Giacosa and Luigi Illica, the librettists, thought that this was not a good material for opera. “The drama is too overwhelming,”, complained Illica.

It is overwhelming indeed, but Puccini wasn’t deterred. He dared to write a music which perfectly matched the storm of emotions. At the end of Act I, when the ruthless and lustful Chief of the Police, Baron Scarpia, sings in the church about his desire to subdue the reluctant Tosca, while destroying her lover, Cavaradossi, he has to overcome with his baritone the ringing bells of the church and the choir of priests and worshipers singing Latin hymns.  “Tosca, you make me forget God!” cries Scarpia, in one of the opera’s climaxes. Base instincts in a holy place. No one but Puccini can wrap it up with music so beautifully.

It goes without saying that you need great singers who can stand up to the musical challenge presented by Pucinni, and here the Met is second to none. Geraldine Farrar, Renata Tebaldi and Birgit Nilsson were just few of the great sopranos who sang Tosca at the Met, not to mention the greatest, Maria Callas, who sang the role six times. Richard Tucker, Franco Corelli (my number one tenor ever!), Luciano Pavarotti and Placido Domingo were just few of the notable Cavaradossis. The first Scarpia in the Met premiere in 1901, just one year after the world premiere at the Teatro dell’Opera di Roma, was the great baritone Antonio Scotti, who sang the role 217 times, thus securing a house record for a singer in a lead role.

I know I’m digressing here, but I can’t help remarking about the miserable end of that great Italian singer. “Scotti, Baritone King of Opera, Dies in Poverty,” reported the Chicago Tribune on 29 February, 1936. “Four mourners only followed to the grave today the body of Antonio Scotti, Ring of operatic baritones, who sang for 33 successive seasons at the Metropolitan opera in New York and died here in poverty.”

Back to the Met of November, 2018. Sondra Radvanovsky sang Tosca, and what a Tosca she was. Since discovered in 1995, at the Metropolitan Opera National Council Auditions, this American-born soprano has established herself a name, and today she is regarded as one of the greatest Verdi performers (Leonora in Il Trovatore is her signature role).

Radvanovsky has a great voice, although I thought there was some roughness in her high notes (one critic wrote that she was so good, that it was pre-calculated by her, but I tend to doubt it). Her Vissi d’arte, one of the greatest soprano arias in opera (“I lived for art, I lived for love, I never harmed a living soul!”), was mesmerizing indeed.

However, to perform Puccini well, one has not only to sing, but also to play well. This is particularly true at the end of Act II, when Tosca is caught between her hate, fear and revulsion of Scarpia, and her religious, Catholic devotion, which inhibited her from taking action.

Borrowing a page from the Met history book, then one of the Met’s historical heroines, Maria Jeritza (1887-1982), nicknamed “The Moravian Thunderbolt” for her quick rise to fame, was the first singer to perform Vissi d’arte while lying down. The reason for this was that she, as Tosca, was avoiding the grasp of Scarpia. In the process, she fell to the floor and sang her aria while in the prone position. This was so successful that she did it at every performance.

Sondra Radvanovsky did nothing of the sort. She grasped Scarpia (sung and played persuasively by Italian Baritone Claudio Sgura), struggled and fought with him physically and finally stabbed him to death. Unlike other Pucinni heroines, who live helplessly and then die, this Tosca could take her revenge, and Radvanovsky seemed to have appreciated it. Before departing, she duly put two candles next to Scarpia’s body, but to me it looked like she did it somewhat mechanically, without the remorse that should grasped the devout Catholic, Tosca (watch on YouTube the Maria Callas-Tito Gobbi scene from Covent Garden, to see the difference).

I have been praising Radvanovsky, but Joseph Calleja, the Maltese tenor, as her lover, the painter Mario Cavaradossi, was marvelous as well. He has one of the warmest voices I heard recently, and with his prime aria, E lucevan le stelle (The stars were gleaming), he brought down the house.

Carlo Rizzi led the Met Orchestra with able hand, and even allowed some nuances which Puccini buffs would have certainly dreaded, but which I eventually liked. Puccini, unlike Verdi, doesn’t always end his arias with a bang, which is the signal for the audience to burst into applause (or boos, occasionally).  E lucevan le stele is a case in point. When Cavaradossi finishes with E non ho amato mai tanto la vita! (But never have I loved life so much!), the orchestra goes on with few more gentle notes, and then the aria ends. In the Arena di Verona, twenty years ago, the audience consisted of many German and Austrian tourists who had by then consumed gallons of beer. Upon hearing tanto la vita! a volcano erupted from these opera-goers, as if Bayern München has just scored a goal. This cause no other than a local fire-fighter to shout at them Silencio ignoranti! (silence, you ignorant).  I was surprised, then, to hear Rizzi stop after tanto la vita!, skipping the remaining soft notes, thus letting the refined Met audience cheer. But then I realized: To keep opera viable, and to maintain and even increase the cycle of opera-goers, you have to listen to your audience.

I’m ready now, more than ever, for more Toscas. Except that it would be quite difficult to top the one I saw at the Met.

We, Jerusalemites, including those of us who don’t go to the Met frequently, are lucky to have our Cinematheque air the Metropolitan Opera HD Broadcasts. While it is never the same as actually sitting at the Met, it nevertheless gives you a taste of what this great opera house, with its awesome history, can create.

About the Author
Uri Dromi is the Director of the Jerusalem Press Club. Between 1992-1996 he was the spokesman of the Rabin and Peres governments.
Related Topics
Related Posts
Comments