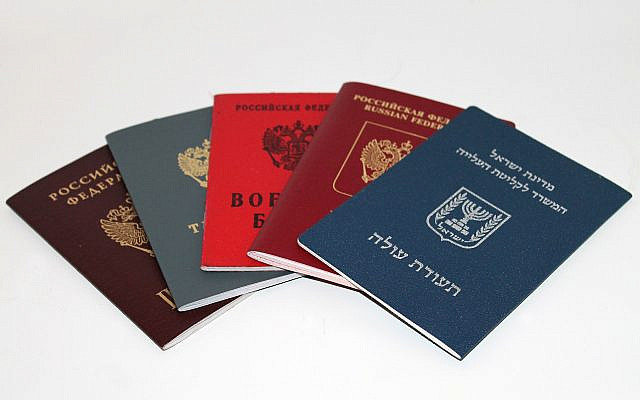 I am reading an excellent book by the former Refusenik, Natan Sharansky called Fear No Evil.

Sharansky is a Jew and a human rights activist who finally made it out of Russia and to Israel in 1986 after spending 9 years in Russian prisons and labor camps. His book tells of how he outwitted his KGB captors over and over again and he didn’t break even when confronting head-on this cruel and repressive regime.

In the book, Sharansky was arrested and threatened with a charge of espionage and treason punishable by the death penalty for his activities to get an exit visa for himself and other refuseniks to go to Israel and escape the state-sponsored anti-Semitism and their not being allowed to practice their religion freely in the Soviet Union.

During one of the hundreds of interrogations he underwent, Sharansky manages to tell a humiliating joke to his KGB interrogators thereby gaining some control in a place where every move and moment was controlled by his captors. Sharansky tells them the story of when the American astronauts landed on the moon first. To which, the Soviet Politburo says to the Soviet Space Program: “The Americans have reached the moon, so you must arrange a flight to the sun.” However, the scientists protest saying: “What?  Our astronauts will burn to death.” To which the Chairman of the Politburo responds: “Do you take us for fools? Everything has been taken into account. We’ve decided to send them at night!”

Yes, Sharansky showed tremendous personal strength and integrity to respond with humor and wit while suffering under the Soviets in prison, separated from his wife, deprived of all outside contacts, placed in “punishment cells” cold, hungry, and sleep-deprived, and regularly interrogated to try to get him to incriminate himself and his fellow refuseniks and human rights activists. Sharansky is truly a hero who stood up as a Jew persecuted in the Soviet Union and as a human rights activist leading the way to help other refuseniks to get released, with eventually millions escaping through the “Iron Door” to emigrate to freedom in Israel and the United States.

Yesterday, we celebrated Israel’s 72nd Independence Day, so I will add that for too many years since the founding of the State of Israel that the Soviets armed and supported the Arab League nations in warring against Israel and in seeking its destruction. However now, Israel and Russia not only have an anchoring of social idealism in common, but also Israel has 15% of it citizens from there. Further, as Israel has made peace with Egypt and Jordan decades ago, and has a warming of relations with the Gulf States, perhaps Russia will also continue to come around to growing a mutually beneficial friendship with Israel.

Finally, while unfortunately for the Soviet Union, they never did make it to the sun, and their people are still living in the darkness of Communism’s repression and dictatorship even today, there is hope, with G-d’s help, that the sun will soon shine brighter for all to worship freely and to live together in peace.