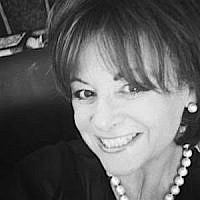 Selling arms to the Saudis is lucrative business. However, by doing so, the Trump administration is determined to make the Saudis the supreme power in the Middle East, which started May 2017 when President Trump visited Saudi Arabia. This is dangerous because empowering the Saudis to lead Arabs and Muslims can result in using them against anyone the Saudis want to settle scores with, in and beyond the Middle East,” states, Dr. Ali H. Alyami, Executive Director for The Center for Democracy & Human Rights (CDHR) in Saudi Arabia, a Washington, D.C. based organization.” 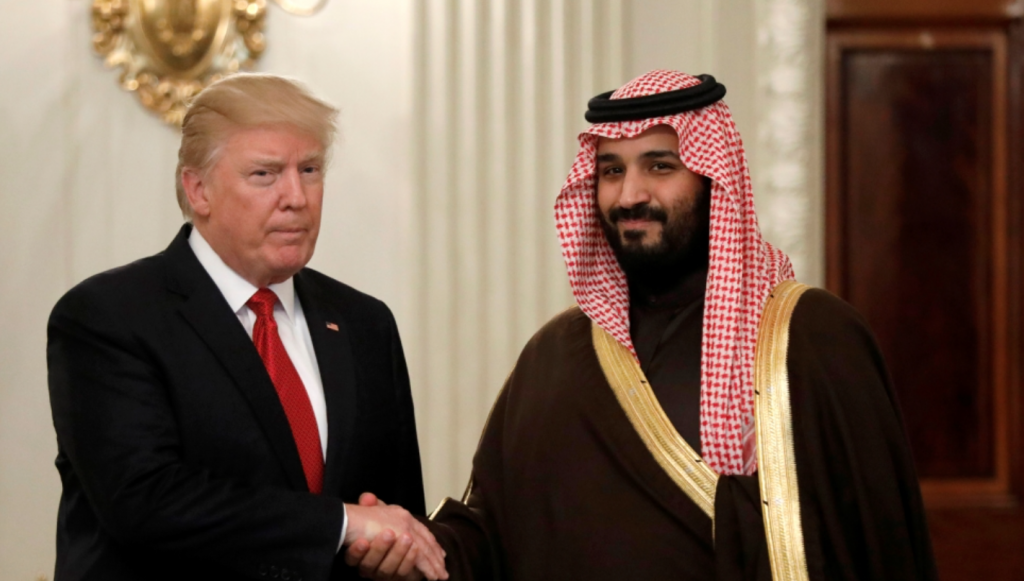 The meeting took place amid a bi-partisan debate, and resolution, aimed at ending U.S. support for the Saudi-led war in Yemen. The resolution was defeated, albeit with the support of 44 senators.

During the press briefing with MBS Tuesday, President Trump said:

“Saudi Arabia is a very wealthy nation and they are going to give the United States some of that wealth hopefully, in the form of jobs, in the form of the purchase of the finest military equipment in the world.”

The President went on to say:

“As I said before, when it comes to the missiles and the planes and all of the military equipment, there’s nobody that even comes close to us in terms of technology and the quality of the equipment.”

President Trump’s statement will likely be perceived by the Israelis with some vexation. Israel has one of the most advanced military on earth with 4.5 percent GDP spent on research and development, 30 percent of which is spent on military. Business Insider ranks Israel second to Turkey, with Saudi Arabia number 5 based on equipment and active personnel for the Middle East.

In addition, Saudi’s relationship with Russia’s Vladimir Putin deepens with an agreement to cut back on oil production, thereby boosting oil prices which has created a broader relationship.  Speculation among analysts is that Saudi believes Russia can help it with Iran, which it fears will develop nuclear weapons and who is on the opposite side of the proxy war in Yemen. However, that is not likely as the Sunni vs Shi’ite regional conflict has been a 1,400 year clash.

“THE KINGDOM ON THE BRINK”

Published March 17, 2018 by Zero Hedge, this is an interview with Dr. Ali Alyami, Executive Director of the Center for Democracy & Human Rights (CDHR) this interview deserves your attention. Dr. Alyami is an esteemed expert on Saudi affairs based in Washington, D.C. The article entitled “The Kingdom On The Brink” is linked hereto.

Among the many salient points made by Dr. Alyami regarding the U.S.-Saudi relationship, ten are highlighted  below:

Over the past year, the Trump administration secured Saudi arms sales of more than $17.9 billion. New regulations on arms sales will allow Riyadh to purchase drones from the U.S. with fewer restrictions. Saudi Arabia has pledged to spend $400 billion for U.S. equipment and other items. Hence, the Senate debate on the above mentioned Saudi arms sales.

In my June 1, 2017 The Times of Israel report, “Trump’s Middle East: Saudi Arabia Will Be Prominent Military Force, Not Israel,”  the case was made why “deals” that will grow to $350 billion in defense cooperation were made. Among the speculation are the mutual interests of both the Saudi royal family and the Trump family in a post Trump presidency.

The Saudi arms deal is 7 times greater than any U.S. arms agreement with Israel. To think that Saudi Wahhabi Orthodox Islam can be convinced to be a “moderate” arm of Islam and fight the very terrorism that they have been funding is not only absurd, it’s dangerous. Saudi Arabia is the head of the snake with the potential to be more dangerous than Iran.

The disenfranchised youth of Saudi Arabia, if not provided education, jobs, or the public subsidies they have long depended on, will likely be the future Jihadists that terrorize Western Civilization.

It’s time to look under the covers on this U.S.-Saudi relationship for the real motives behind this “deal” making.

About the Author
Lisa Benson is at the helm of The Queen Esther Project (QEP)(www.TheQueenEstherProject.org) a charitable humanitarian endeavor with a mission to educate on tyranny and genocide worldwide. Particular emphasis on Anti Semitism. QEP also has a local mission to aid refugees in our local communities are in urgent need of care and comfort as a result of fleeing persecution in home countries. Lisa Benson is a 25-year veteran of humanitarian, foreign policy, national security and nonprofit sectors. Lisa has been the voice of accurate, measured foreign policy information on Salem Radio KKNT, Phoenix, and the architect of Lisa Benson TV (streaming) and countless video and published reporting on geo-political issues. She is a compelling public speaker, broadcaster, non-profit development consultant, writer, humanitarian, and national security analyst. Lisa Benson is the author of a soon to be published book, “A Daughter’s Journey Into Ohrdruf Concentration Camp.” As a child, Lisa was introduced to the horrors of genocide by her father, Vincent, a concentration camp liberator. She remembers being only ten-years old when her dad sat her down at the kitchen table and tossed 12 packs of photos to her. His words resonate, “I want you to know where I was and what I saw.” Lisa recalls this story with tears in eyes as she will never forget that moment. The photos of piled up dead bodies were taken by Vincent when he marched into Ohrdruf concentration camp liberating it on April 4, 1945. The Ohrdruf camp was a sub camp of the Buchenwald concentration camp, and the first Nazi camp liberated by U.S. troops. From a 10-year old little girl with indelible memories, to a grown woman traveling the world speaking out on atrocities of unfathomable proportion, Lisa Benson holds nothing back as a speaker, broadcaster, activist or human rights educator. She is a riveting, compelling and transformational public speaker. The Queen Esther Project imbues the spirit of its namesake: Queen Esther. Knowing that “We Are All Born For Such A Time As This,” The Queen Esther Project has an ambitious agenda to educate, and eradicate, tyranny and genocide. Using the tools of broadcasting, publishing, online education, public speaking and fostering communication to world leaders, donors can be assured that with Lisa’s guidance projects will provide impact — the men, women and children in harm’s way will now have more Queen Esther’s to walk with them to safety. Lisa Benson invites you to join in the campaign to rid the world of genocide by 2022. The #EndGenocide2022 campaign seeks to obliterate the forces of genocide by the year 2020. We won’t stop until all ethnic and religious minorities are out of harm’s way. Lisa Benson has a B.A. from the State University of New York at Albany and attended graduate studies at the Rockefeller College of Public Policy at the State University of New York at Albany. Lisa is also an avid hiker and artist.
Related Topics
Related Posts
Lisa Benson
Comments