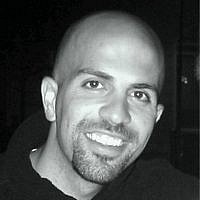 The Blogs
Elliot Totah
Apply for a Blog
Advertisement
Please note that the posts on The Blogs are contributed by third parties. The opinions, facts and any media content in them are presented solely by the authors, and neither The Times of Israel nor its partners assume any responsibility for them. Please contact us in case of abuse. In case of abuse,
Report this post.

Several developments have occurred over the past few years that have defied all polling and expectations. In 2013/2014, ISIS swept through portions of Iraq and Syria with speed and success that left observers aghast. They established the first Islamic Caliphate the world had seen in centuries. Fast forward to mid-2016 and the world found itself astonished again, this time in Europe. Contrary to all polling that had suggested support for the status quo, the Brexit referendum passed and Europe found itself reeling at the prospect of an English departure from the EU. Now, just months later, the U.S.A. went to elect a new president. Poll after poll showed that America was about to embrace its first female leader. But yet again, the world stands stunned as it comes to terms with using the words ‘President’ and ‘Trump’ in the same sentence.

All of these developments have several factors in common: they all represent a very dramatic shift from the status quo; they were all advanced by the ‘hidden’ or less prominent portions of their respective societies which existed well under the media’s radar; and, they all support a more insular approach to an increasingly globalized world. But there is one particular commonality that is pivotal in understanding how these events came to pass: they all represent an effort to turn the clock back to a past that no longer exists. Understanding this point is key to understanding where we are collectively headed. And to do so, we must go back in time.

Looking at human history from a macro perspective, we have gone through three major technological revolutions. The first, the agricultural revolution of 10,000 years ago, radically changed us from a hunter-gatherer society to a community-based, domesticated society. The second, the industrial revolution of 300 years ago, injected machines into our daily lives and changed our societal structure again. And now, over the past 20-30 years, we have experienced the digital/information revolution that has made technology central in virtually every aspect of our lives.

Each one of these revolutions has a very important element in common: each one marginalizes various established professions while elevating the value of new professions. For example, prior to the agricultural revolution, you needed to be able to hunt or gather. After it, however, the most important skills became domesticating and raising animals and crops. As people began to build communities, those who functioned well in the resulting hierarchical and political structure excelled while those who couldn’t transition from the old, nomadic lifestyle fell behind.

The same applies to the industrial revolution. Before the revolution, craft workers such as tailors, weavers and pottery makers were in consistent demand. After the revolution, all of these professions largely disappeared as machines were invented that could do the same tasks quicker, cheaper and more reliably. Nobility that had long been at the peak of society’s pyramid structure found themselves overwhelmed by industrialists who were at the forefront of the railroads and factories that reshaped the economic landscape.

And finally, we have seen the same effects happening during our time as a result of the digital/information revolution. We have watched success become redefined by those who have embraced the internet and globalization. A new group of millionaires and billionaires have risen on the shoulders of e-commerce and cloud computing. Globalization has granted companies access to every corner of the world and made goods cheap enough to be accessible by all. But not all have embraced this change. And just as with each prior revolution, entire swaths of our society have been left behind. Factory workers have been automated out of relevance. Blue collar labor has lost its place as a cornerstone of our society. Those who previously could get by with a high school diploma have found their options dry up and they’re not very happy about it.

ISIS has been the most aggressive, establishing a caliphate similar to those seen centuries ago. They have sought to turn back social and economic progress to return to the (twisted version of) purity that they hold on high. Brexiteers have sought to return to the pre-EU era when England was perceived to be a more powerful, sovereign country. The rural, less-educated communities that overwhelmingly voted for Brexit resent their inability to ‘keep up’ and want change. And lastly, Trump rode a wave of disaffected, non-college educated voters to ‘Make America Great Again‘ [emphasis added]. During his campaign speeches, he would speak of how great life used to be. He conjured up images of times when his blue-collar base still had steady jobs and globalization had not yet impacted their homogeneous communities. He promised to return to the glory of those days and his message resonated.

The problem with this dynamic is that it is self-defeating. Every individual who subscribes to a movement, referendum or candidate which promises to return to the past is pinning their hopes on an impossibility. No candidate can undo technological progress. No referendum can reverse globalization. No movement has a magical ‘rewind’ button that will take us back to the way things used to be. The longer people rely on a return to the past, the longer they refuse to adjust to the present. This only makes their situations worse. We need governments that empower their populations with the skills and knowledge bases that will allow them to excel in today’s world. We need governments that motivate their constituents towards accessible advanced education. We need governments that encourage local job creation in fields that are growing and relevant. We do not need governments that encourage people to rationalize their increasing disenfranchisement by blaming immigrants, the wealthy, or the ‘rigged system’. We do not need governments that propose becoming isolationist or insular because the global landscape is increasingly complex to navigate.

If we don’t constructively and actively deal with the discontent of the blue-collar masses, it will continue to fester until it bubbles over in one form or another. And time is of the essence. Almost 10,000 years elapsed between the agricultural and industrial revolutions. Just 300 years elapsed between the industrial and digital/information revolutions. Technologists are saying the next revolution, the artificial intelligence revolution, could be just decades away. If large swaths of our population can’t keep up with today, what will they do when tomorrow comes?

Time only moves in one direction. The only choice we have is whether we move with it.

About the Author
Elliot is a Real Estate Developer based out of Washington, DC. He also serves as Vice President of Magen David Sephardic Congregation, the Sephardic synagogue of the Nation's Capital.
Related Topics
Related Posts
Comments