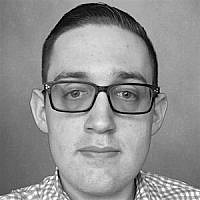 The Blogs
Andrew Block
Apply for a Blog
Advertisement
Please note that the posts on The Blogs are contributed by third parties. The opinions, facts and any media content in them are presented solely by the authors, and neither The Times of Israel nor its partners assume any responsibility for them. Please contact us in case of abuse. In case of abuse,
Report this post.

My most favorite book in the Tanach (Bible) is Megillat (the book of) Esther. Unlike many of the books that precede, Megillat Esther reads as a tale of happenings and events, actions and consequences. There are no miraculous events, sea splits, hail and fire raining down, or visions of G-d. Rather, the story reads almost as a history book, chronicling the political events at the time, which is unlike the other books of the Tanach. The story features a unique theme of leaders that is foreshadowing of the many leaders that followed.

I always found it quite amazing that Megillat Esther departs so dramatically from the others. Within the other books, there is a running theme of communication with G-d, prophets that deliver direct messages, and Jewish Kings that communicate with G-d. In the story of Esther, there is no direct communication with G-d, at least not 2-way conversation, much like prayer is today. That is what I find so fascinating about Esther – the story could take place at any time throughout this current period of exile. I posit to you that is precisely what occurred these past few months.

Barak Obama became the 44th president of the United States amid a unique outpouring of support by many. Much like Achashveros, Obama had a particularly expensive taste when it came to parties. Costing many millions of dollars, Obama attended 10 inaugural balls, celebrating the momentous occasion. Eerily similar to how Megillat Esther describes the many lengthy banquets for Achashverosh:

“he made a feast unto all his princes and his servants; the army of Persia and Media, the nobles and princes of the provinces, being before him; when he showed the riches of his glorious kingdom and the honour of his excellent majesty…”

Commentary notes that there was a major disagreement between the Jews of that day on whether or not to attend the party. Mordechai forbid the Jews at that time to attend the party – he warned that it would be difficult to keep kosher, both in food, wine, and actions. Some Jews felt that in order to show support, they should attend, and that they knew better and would be able to follow the laws. I find it fascinating that many Jews voted for Obama and attended the Inauguration banquet – similar to what happened in the days of Achashveros. Those Jews knew who Obama was even during those days – his affiliation with Jeremiah Wright who repeatedly said “G-d **** America” and “G-d **** Israel” in his church during services with the Obamas in attendance – for over 20 years.

At the beginning of his Presidency, Barak Obama made a specific policy declaration – daylight between Israel and the United States. Having a different upbringing and set of values, he distanced himself from past administrations and presidents – continued U.S. policy of support for the small State of Israel. Obama began to capitulate to other evil nations – like Iran and Syria. Mirroring last week’s Parsha, it says “There was a new Pharoh who did not know of Joseph.” Which commentaries note is the foreshadowing of the slavery in Egypt. This Pharoh did not know of the good work that Joseph had done for Egypt. Policy was about to change regarding Joseph’s people.

Throughout his administration, Obama sought to at best create daylight, and at worse, hurt, Israel. The Iran deal, which by almost all accounts will not prevent but speed up Iran’s path to the nuclear bomb while giving almost $150 billion to a state sponsor of terrorism, is astonishing. Getting back to the Purim theme, one can view Obama as a modern-day Haman and Achashvaros in regards to the Iran Deal. He could be viewed as Achashvaros in the way he allowed Iran – who chants “Death to Israel” and threatens to “Wipe Israel off the Map” – to get an almost guaranteed path to Nuclear weapons, with the purpose of destroying Israel. He could be viewed as Haman, in the way he gave $150 billion to Iran, the largest state sponsor of terror, like Haman, who gave 10,000 talents of silver to the state treasury for the purchase of the Jews. The parallels are striking.

I can hear those who disagree on the left screaming at the paper or computer monitor right now. “But Obama aided Israel more than any President! What about the MOU and $38 billion in defense?” You are correct – credit where credit is due. Obama did support Israel with those actions. But over the 8 years as President, he had perhaps damaged Israel more than any other President. The Iran deal, the UN abstention that virtually destroyed the Bais Hamikdash (Temple) a third time by declaring the Jews had no attachment to the Temple Mount, Kerry’s ridiculous speech equating terror to building, and just released information that during his last hours Obama gave $221 million to the Palestinians, AFTER multiple terror attacks on that week alone. Israel is left to pick up the pieces and fight on its own.

In the middle of 2015, the beginning of what would prove to be the most vitriolic and divisive campaigns were announced. As we slowly and agonizingly made it to the conventions, we could see that this was going to be one crazy show – Hillary Clinton versus Donald Trump. The Democratic Party had rigged the Democratic Primary by a concept of “Super Delegates,” which were essentially unrepresented votes – causing states where Bernie Sanders should have won – to go for Hillary. Other cheats were uncovered later, like the Chairwomen of the DNC passing debate questions to Hillary before the debates. The election was essentially fixed for her. And that was bound to repeat itself during the general election.

The media, Hollywood and College Campuses largely control the culture in the United States. Obama, with an unusually high approval rating but extremely low policy ratings, combined with the left’s ownership of culture, made the chances that Trump would win very low. The Democrats would not even have to cheat – all they would have to do is put every effort to discredit Trump. They used every weapon they had – on full blast 24/7. By the end, they were extremely cocky and didn’t even imagine that Trump could win. Obama, making his “haughtiness tour,” went on Jimmy Kimmel and boasted that “at least I will be a President,” in response to a tweet from Trump. Dating back to the White House Correspondent’s dinner a few years back, he brutally grilled Trump. He was obsessed with Trump just as Haman is obsessed with Mordechai in Megillat Esther.

And then the modern day Purim miracle happens – against all odds, Trump is elected president. Paralleling the turning point in the story of Esther eerily close, when the King cannot sleep and is informed that no honor has been granted to Mordechai, he asks Haman, who just entered the courtyard to request the death of Mordechai, “What shall be done unto the man whom the king delighted to honour?” Haman, of course, thinks the king is referring to him. Haman describes an elaborate parade and ceremony. The king replies “do all this without omitting a signal detail, for Mordechai, the Jew!” After Haman parades for Mordechai, Haman goes home, despondent and with his head covered (commentary suggest Haman’s daughter threw trash on him, thinking it was Mordechai). He complains to his wife, Sheresh. His wife makes one of the most fascinating statements – “If Mordecai, before whom you has begun to fall, be of the Jews, thou shalt not prevail against him, but shalt surely fall before him.”

Obama, thought to himself – “Who will honor my legacy and continue all of my policies other than Hillary Clinton – she will certainly win!” G-d answered, the king of kings – “do all that you wanted to do for Clinton – for Trump!” And Obama walked with his head covered – having to invite Trump to the White House and transition the most powerful office in the world to him. After all that was said between the two men, and Obama’s view of Trump as a buffoon, Obama’s legacy would be rolled back into the abyss.

That brings us to the most amazing parallel of all. In Trumps inauguration speech, his words are eerily similar to the text of Megillat Esther.

“We assembled here today, are issuing a new decree to be heard in every city, in every foreign capital, and in every hall of power. From this day forward, a new vision will govern our land.”

Towards the end of Megillat Esther, Mordechai is given control of Haman’s estate. They send a letter to all the cities explaining the events and turning point. This text can be found with slight variations in different places of Megillat Esther:

Stunning coincidence, or divine action. Whichever you believe, G-d is intimately involved in the politics of nations, just like he was during Purim. The United States, Israel and the Jewish people averted another disaster in my opinion – Hillary becoming president and continuing Obama’s policies – by a miracle directly from heaven, just like Shushan did almost 3000 years ago. And, like Megillat Esther, G-ds name was not written. 3000 years from now, this tale of our generation will read just like Megillat Esther – a series of events without G-ds name written. But as we have seen time and time again, G-d is there.

There has been some buzz is the Jewish world over Ivanka Trump’s Orthodox observance. Ivanka Trump is the most powerful Jewish woman in the whole world. Much like Queen Esther, it is possible that divine providence positioned her specifically to be the voice of the Jewish people to Trump, the most powerful person in the world. Like it says after Esther hesitates, for fear of death, about going to Achasvarous to plead for mercy against Haman’s decree –

“Do not think that you will escape [the fate of] all the Jews by being in the king’s palace. For if you will remain silent at this time, relief and salvation will come to the Jews from another source, and you and the house of your father will be lost. And who knows if it is not for just such a time that you reached this royal position?”

So, before you cast doubt on Ivanka’s observance, think of Esther, the prophetess, and what she did regarding Orthodox law. What doubts would you cast on Esther? The Torah commands you treat Ivanka, a convert, with even MORE respect.

This Purim, don’t just wave your grogger to commemorate the past – wave the American and Israeli flag, and give thanks to G-d – in celebration of the modern-day Purim miracle that took place right in front of your very eyes.

About the Author
Andrew Block is a millennial technology entrepreneur who has grown from a Junior Software Developer to Vice President of a Software Company. He has coached various peers on career and life skills. Andrew is passionate about politics and the US Israel relationship - he believes there is a lack of a millennial voice in the media and is looking to fill that gap.
Related Topics
Related Posts
Comments