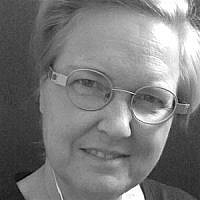 It’s not fully clear where, how and what is motivating the intense Trump rhetoric. Whether Trump is fueling the pre-election fires with his own sound bites or if it is his spinsters or media just trying to make the next five seconds of fame, is unclear. But obviously he is getting a ton of attention.

Apparently I am not the only history buff out there. Social media is full of splashes comparing Trump to Hitler and the most recent issue about his need to research the KKK to be sure whether it is good or bad before rendering an opinion.

Well,… Okay it is armchair coach officiating from long distance, but as I am still a passport carrying member of the United States of America I know I am allowed to have my own opinion, or at least that’s what it used to mean.

Seeing the intensity of Americans who are pro Trump has caused me pause. Even with the blatant dissing of various peoples who are American citizens or have been granted legal visas to be in America is significantly alarming. It’s obvious that many Americans are angry, really angry and seem to resonate with the idea that America is not what it used to be.

You have heard of George Washington and all those guys like Thomas Jefferson and the like. But dare I tell you that if those guys were walking around the U.S.A. today the powerhouse of Trumponians would likely see them as freaks and gays and anti bible thumping men. Yes, really. These were guys who wore wigs, curled their hair, wore ruffles and tights and tight nickers and accentuated their calf muscles to look sexy. They powdered their hair and faces and crossed their legs and wrote with fancy handwriting. They ate quail and drank tea from china cups. Most had servants who were white.

You see, they weren’t jean wearing, shot gun in the rear window, baseball cap, beer drinking and barbequing, American flag t-shirt wearing guys. No, to them the creation of the United States of America was a formulation of principles of ‘the republic for which it stands’. But somewhere along the plus two hundred years of evolvement of the U.S.A. it went from a republic to an obsessive compulsive capitalistic conglomeration of people who cared about one thing: money. Was that Washington’s fault or even Regan or Obama? NO!

The fact is that being American has never been about a president. Furthermore it shouldn’t take a leader to make you proud to be American. If you need a fascist controlling angry person to tell you how to care about being a citizen then likely your heart has never been invested in being a card carrying member of the United States of America.

Go to any induction ceremony of new American citizens and they are more flag waving and more aware of U.S. history than most birth born natives. Fact is so few so called average Americans care about their own country. Most don’t acknowledge the American holidays or ever look at a flag except on some advertising flyer for some hot sale at a 24/7 mega store. Veterans are treated like liabilities. And few children even know the Pledge of Allegiance.

Those illegal migrant workers who break their backs to pluck your tomatoes and strawberries because you don’t want to do it yourself or pay a legal citizen a full wage due to your unwillingness to pay the price of a citizen to do the work, it’s not their fault your not feeling American enough. It’s not the Muslims, Buddhists, Sikhs or Catholics. It’s not the gays, the transgendered, the asexuals or abortion seekers’ fault either. The worst culprit of sunken American values are Americans themselves who are obsessed with greed to have more and pay less. Buying American means paying the price or citizens working for less and all citizens learning to live within their means and not slaves to credit.

I can’t change your vote but I do hope you find enough self esteem and conscience to be an honorable American citizen without the dictates of a Trump or any leader to get you flag waving.