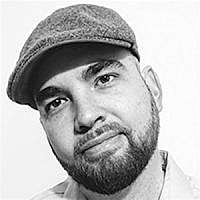 The Middle East continues to be a highly violent, volatile, and dynamic region. The only aspect of the region’s state of affairs that seems to remain static, paradoxically, is its state of constant flux. There is permanent impermanence throughout this region.

This instability definitely applies to political alliances in the Middle East, which can become fractured as quickly as they are forged. The late Dr. Victor Le Vine, a professor emeritus of political science at Washington University in St. Louis, Missouri, was an internationally known expert on terrorism and guerilla warfare in the Middle East and Africa. He once circulated a handout to me and my fellow students in an undergraduate political science course at the University of Missouri – St. Louis. This document contained what he described as the rules, in a nutshell, of politics in the Middle East: “My enemy’s enemy is my friend. My enemy’s friend is my enemy. My friend’s friend is my friend. My friend’s enemy is my enemy. (All these rules are valid until my friends and/or enemies change friends and/or enemies, which can happen any time).”

Politics comprises the activities, actions, and policies that are used to govern a country or other areas in order to gain or hold power within the government. The German aristocrat and statesman Otto von Bismarck defined this term as “the art of the possible, the attainable – the art of the next best.” This viewpoint emphasizes the value of negotiating toward consensus by means of cooperation among differing factions. The effective politician is pragmatic, and willing to work toward a compromise that may not be exactly what any of the opposing parties want, but is something that they can all live with. In the end, however, politics is essentially about power – the ability to make people do something, perhaps against their own will or immediate best interest, as well as the activity by which leaders as well as citizens try to get more of whatever there is to get. The more that this power grab can be done with a little help from your friends (or enemies), the easier and more successful the process will be.

The previous Bush and Obama administrations have engaged in a combination of misguided political actions and decisions, based on unsupported optimism toward and misunderstanding of the Arab and Muslim worlds, that has contributed to the demise of an already dysfunctional region. The Arab Spring, once seen as a movement that might lead to positive change in the Arab World, has resulted instead in a domino effect of collapsing states. This outcome has left an enormous vacuum that has been filled with Islamic radical non-state actors such as the Islamic State and many other affiliated and unaffiliated terrorist organizations in the region.

President Obama’s timing of the withdrawal of U.S. troops from Iraq in 2011, and how he ignored his own “red line” threat to Syrian President Bashar al-Assad regarding the use of chemical weapons, were choices brought vividly into focus by his critics. Obama’s decision not to enforce his red line stance once Bashar crossed it inevitably undermined America’s credibility, influence, and power in the region, as well as in the rest of the world.

In addition, the Obama administration’s hands-off approach of retreat and retrenchment was a major paradigm shift in U.S. foreign policy with regard to the Middle East, too. No other country benefited more from these policy changes than Iran did, especially after the signing of the Joint Comprehensive Plan of Action (JCPOA), also known as the Iran nuclear deal. The purpose of this agreement was to ensure that Iran’s nuclear program would be exclusively peaceful. However, the United States has failed to enforce the terrorism-related sanctions that were a part of the agreement. Iranian leaders, like so many other enemies of the U.S., have interpreted Obama’s actions and inactions as signs of weakness and of a lack of political will. In the final analysis, such actions taken by President Barack Obama, and by President George W. Bush before him, have had major negative effects on the stability of the region, as well as on the traditional role of alliances there.

Feeling exposed and vulnerable by Iran and increased Islamic terrorism throughout the region has led the leaders in many Sunni Arab regimes to believe that Iran rather than Israel is now their most threatening rival. Domestically, the threat of Islamic extremism has begun to pose a greater challenge for these Sunni Arab regimes than for Israel. Israeli leaders have been able to cash in on such vulnerabilities in order to increase partnerships, unspoken alliances, and other forms of cooperation, with countries within the pragmatic Arab camp, such as Egypt and Jordan, as well as with Gulf Cooperation Council (GCC) countries such as Saudi Arabia and the United Arab Emirates that face similar threats. The common goal within each of these countries is to face together such radical elements, both foreign (Iran) and domestic (Islamic extremism), and to increase each nation’s stability and security.

Enter President Trump and his vision for the Middle East

During his presidential campaign trail, he used rhetoric that blistered GCC countries for not meeting his demands with regard to combating terrorism against organizations such as the Islamic State and al-Qaida. Trump’s fiery rhetoric only deepened the GCC leaders’ concerns that a Trump presidency would feature a continuation of the Obama administration’s policy of abandonment. Obama’s aversion to use American power to deter its adversaries such as Russia and Iran, reducing the size of the U.S. military, and his emphasis on diplomacy marked a shift in American geopolitics. Diplomacy is an important instrument of statecraft, so long as it’s used correctly and understood it’s about pursuing interests of one’s country, not achieving agreements. As the late U.S. President Theodore Roosevelt suggested: “Speak softly and carry a big stick, you will go far.” However, once Trump took office, he rescinded his previously stated views of the GCC, and his approach to the region, as well.

This comes to no surprise to political observers. Many politicians take stances and support positions when wooing potential voters that they may abandon entirely upon taking office. There will always be forces, both external and internal, that influence and change a president’s behavior. Allies of the U.S. in the Middle East have thus far been pleasantly surprised by President Trump’s actions in the region since taking office, especially in his effort to reverse eight years of foreign-policy failures that have negatively affected the interests of America’s Mideast allies and also have upset the balance of power in the region.

One such action on Trump’s part is his decision last month to display American military might in Afghanistan by ordering the U.S. Air Force to drop a Massive Ordinance Air Blast bomb, also known as the “Mother of All Bombs,” on Islamic State targets. Another such action is Trump’s decision to respond to Syrian President Bashar al-Assad’s recent use of chemical weapons against his own citizens by targeting a Syrian airbase, thereby re-establishing the U.S.’ red line and reasserting American leadership and strength in the eyes of America’s allies in the region.

President Trump’s just completed trip to the Middle East, where he toured Saudi Arabia and Israel, was overall successful. As mentioned above, American leaders who spout a lot of blustery rhetoric on the campaign trail are often constrained by external forces and realities on the ground, leading them to eventually adopt a more moderate approach once in office. During pre-election speeches, Trump was highly critical and condescending toward Saudi Arabia, even suggesting that its leadership was behind the 9/11 attacks in the U.S. He called the Saudi monarchy a “criminal enterprise,” and condemned rival Hillary Clinton for her purported ties to the Clinton Foundation, which has received large sums of money from the House of Saud. During his visit to the Saudi capital Riyadh last week, however, Trump was constrained, conciliatory, and even, dare I say, politically correct. Like in the Hokey-Pokey, a dance craze in America in the 1960s, you put yourself in, you put yourself out, and then you turn yourself around, and that’s what it’s about. That is what Trump has done, and what I am referring to as the “Trump Turnabout.”

While in Saudi Arabia, Trump addressed many issues relevant to the region, including but not limited to the following: the U.S.’ commitment to fighting Islamic extremism; a change in U.S. policy toward Iran; a $100B U.S.-Saudi arms deal; and an endorsement of a NATO-like Israeli-Arab alliance to combat and confront the challenges and looming threat of a nuclear Iran.

Are allies of the U.S. like Saudi Arabia or any of the other undemocratic regimes in the region beacons of democracy and human rights who share similar values with the U.S.? The answer is decidedly no. However, is strengthening U.S. allies and hurting U.S enemies such as Iran better for the U.S., Israel, the region, and the world? In a word, yes.

Decisions by political leaders regarding the Middle East reveal what so many fail to understand – that the focus should not always be about what to do in order to solve problems, but sometimes rather on what to do in the absence of solutions. Problems without solutions will motivate the adept decision maker to transform the intolerable into the tolerable. Many times the decisions will be between what is bad versus what is worse.

An adept decision maker needs to possess the ability to identify and respond effectively to changes as they occur. In the Middle East, the reality regarding the political landscape is constantly changing. The time may be ripe for a new and effective regional coalition to be formed. Trump may be onto something, as he appears to be following Bismarck’s advice to practice the “art of the possible,” i.e., the best outcome that can be achieved given the circumstances at any given moment. Whether he can accomplish this goal remains to be seen, but we can hope for the best and work toward making it happen.