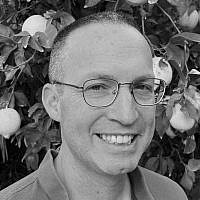 The Blogs
Josh Levin
Apply for a Blog
Advertisement
Please note that the posts on The Blogs are contributed by third parties. The opinions, facts and any media content in them are presented solely by the authors, and neither The Times of Israel nor its partners assume any responsibility for them. Please contact us in case of abuse. In case of abuse,
Report this post. 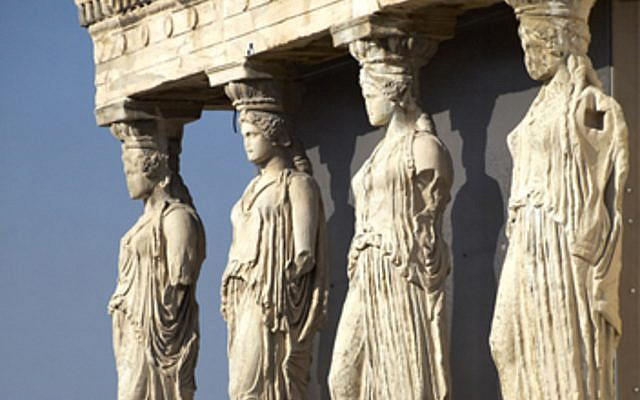 In October, we went on a family vacation to Greece. Listening to the tour guide at the Acropolis discuss what the ancient Greeks contributed to fields ranging from philosophy to government to medicine, I couldn’t help but wonder: had I lived during the Hellenistic period, to what extent would I have observed Jewish ritual and belief and to what extent would I have adopted ancient Greek culture?

With Hanukkah upon us, I find myself again wrestling with that question. On the one hand, the Hanukkah story is about how the Maccabees stood up to the cruel Syrian Greeks who outlawed Jewish practice and persecuted Jews. It is a story of how persecuted Jews fought and emerged victorious against their oppressors — that is a story that still resonates today. On the other hand — and perhaps less well known — is what happened after Judah the Maccabee died and the Hasmoneans took control. Not simply content to expel pagans from their territory, the Hasmoneans pushed for a theocracy, and that push eventually devolved into a Jewish civil war that brought the Romans to rule and ultimately expel the Jews from the Land of Israel.

Being Jewish has been core to my identity my entire life. I grew up a Jew, I observe many, but not all, Jewish laws and holidays, I was president of my college Hillel, I served in the Israeli army and I made aliyah with my family several years ago. But Western civilization — important parts of which originated in ancient Greece — is also core to my identity. Democracy, the separation of religion and state, gender equality, the scientific method — all of these concepts and more define my worldview. The works of Plato, Locke, and Montaigne are part of the canon which formed me just as much as the Mishnah and Rashi. Miles Davis’ music stirs my soul more than any niggun.

Although my life has always been lived between Western civilization and Jewish tradition, parts of the incoming Israeli government seem determined to force me to give up the former and abide by a perverse version of the latter. Avi Maoz — who will become a deputy minister with control over a newly-created Jewish identity authority — is against equal rights for gays and opposes women serving in the IDF. Itamar Ben-Gvir — our new national security minister — hung a picture of Baruch Goldstein in his home until 2020 and was considered too radical to serve in the army. The Haredi parties don’t want their communities to share the burdens of army service and paying taxes but demand public spaces segregated by gender, no electricity generation on Shabbat and government subsidies so their men don’t have to work. Regrettably, these are just but a few examples as anybody who regularly follows the news here knows all too well.

I often think that I have much more in common with my gentile colleagues abroad than I do with some of my coreligionists here in Israel. Indeed, if my only choice was to assimilate into modern Western secular culture or live among the Avi Maozs, Ben-Gvirs and Haredim, I’d assimilate. Thank goodness such a choice is only hypothetical — at least for now. But will it remain that way? What will this country look like after a few years of these people in power? Will they abrogate my right to worship as I see fit? Will they — like the Hasmoneans — push us into civil war by seeking to restrict our freedoms and impoverish us both morally and financially? Supporters of the new government may dismiss these questions as leftist hyperbole. But I’m not and have never been a leftist. I’m a realist, and I understand how frayed the social contract that holds this country together is. I know enough about our history in this land to be justifiably concerned for the country’s future.

When I celebrate Hanukkah this year, I do so because lighting the menorah as a family is a lovely family tradition and because it’s good to kindle a light during the darkest days of the year. I celebrate Hanukkah because I celebrate Jewish heroism and Jewish independence in the Land of Israel. But I won’t celebrate the zealotry of the Hanukkah story and its aftermath because the last thing we need these days is more zealotry.

About the Author
Josh Levin lives with his family in Modi'in. He has a BA from the University of Chicago and an MBA from NYU.
Related Topics
Related Posts
Josh Levin