We took advantage of the election day to enjoy an outing to Tel Aviv. Our outing was not just a frivolous outing to the trendy markets of Levinski and Carmel where families were hanging out, the youngsters enjoying themselves at the Bar Restaurant scene in TA. Many people came shopping for Purim costumes at the many shops which created a Big Pre Purim Party atmosphere.

In this blog, I share with you two different experiences of Zionist Tel Aviv. One of early Christian Zionists and another of Religious Zionism. Stories of hardship, perseverance, hope, and renewal.

I will start with our planned meeting at the Rav Kook shul and compound. The site once called Torah Gates was built 120 years ago in the Neve Shalom neighborhood, now part of Neve Tzedek. It includes a synagogue, Beit Midrash, workshops, and classrooms in five buildings arranged around an interior courtyard. It was the first institution to combine Torah learning and vocational studies in the spirit of Rabbi Kook’s religious Zionism.

There we met with a colourful musician who makes his living as a Busker on the  trendy streets of the Tel Aviv singing Reb Shlomo Carlebach heart inspiring niggunim.

Since the Eurovision Contest in Tel Aviv, our new musician friend Bezalal has been hosting Carlebach style, hippy or trendy House of Love and Prayer Shabbatot and Melava Malka events after Shabbat.

There are already amazing stories of our unaffiliated brothers and sisters discovering a more open and joyful Jewish experience. Bezalel and other Carlebach Chevra have dreams and plans of turning this historic site in House of Love and Prayer.

The Shul and the adjacent building are protected heritage sites, are in a state of disrepair. The Area is situated in prime land at the entrance to trendy Neve Tzedek, close to the sea. In fact. The surrounding area is also rundown. Why this is the case, is not clear. I will not dwell on this, but the area is need of urban regeneration. 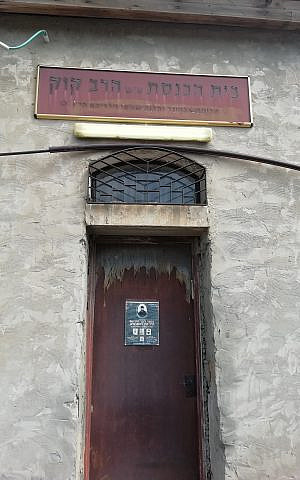 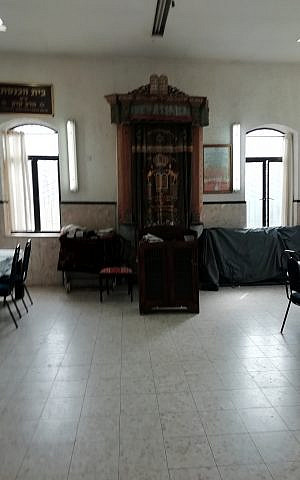 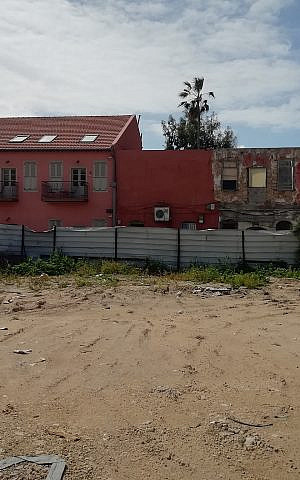 Photo showing the rundown area, in need of TLC.

After this, we went to explore the Levinski market area, where we took Bezalel to busker. He normally buskers at other locations. See the featured Video.

After this, we found our way to the American Colony, a small settlement of early Christian Zionists. In contrast to the Rav Kook compound, the Houses and areas have been refurbished. We landed up at Maine Friendship House built in 1866 and refurbished in 2002.

We were invited to see a short movie showing the history of the settlement and refurbishment.

A very moving experience and also a testimony of support of early Christian Zionist support, not only from America but actually settling the Land. During the movie, it became clear that our host was none other than Mrs. Jean Holmes (featured in the photo below) who together with her late husband Reed restored the house turning it into a Museum. After the movie, she told us of the connection to Jerusalem, and how the original building in Mamilla was built at the initiative by a  Christian settler from Maine. This building was due to be destroyed when Mamilla was being redeveloped, but by providence, she met with Teddy Kollek and asked him to save the building. In her words, Teddy told her to ask to the Architect Moshe Safdie and if he agreed then he would do so as well. And he agreed immediately. And as they say, the rest is history. 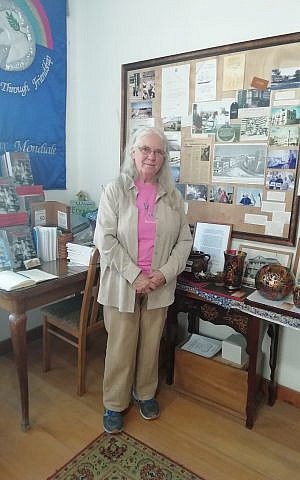 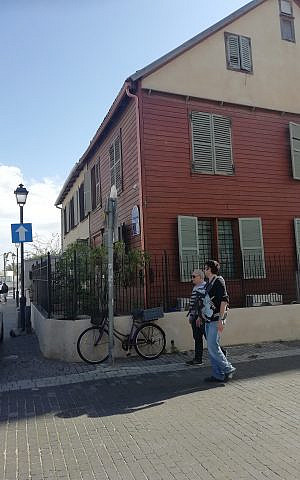 All photos were taken by me.

About the Author
Jeffrey is a Blogger, Entrepreneur, and Philanthropist (we can only dream) living in Jerusalem. He is a young grandfather has five kids and four grandchildren. Jeffrey provides freelance CFO and Accounting services through www.persofi.com He is looking to spread the message of Ahavat Yisrael and Jewish Unity through the music and stories through www.souldocterstories.com and blogging.
Related Topics
Related Posts
Comments