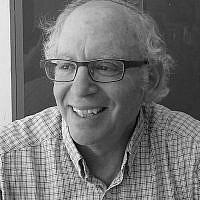 The Blogs
Bill Berk
Apply for a Blog
Please note that the posts on The Blogs are contributed by third parties. The opinions, facts and any media content in them are presented solely by the authors, and neither The Times of Israel nor its partners assume any responsibility for them. Please contact us in case of abuse. In case of abuse,
Report this post. 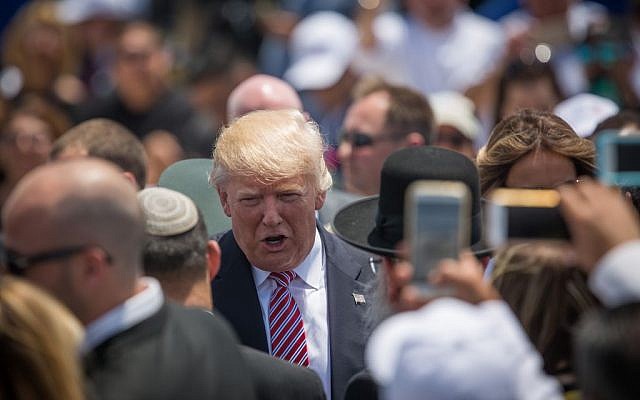 President Trump flew over our apartment today. Tomorrow he’ll drive right by our place on his way to Bethlehem. That’s as close as I’ll come to him. I asked myself — what would I say to him if I, like our President Rivlin, had a few minutes with him? Here’s what I’d say:

You are the greatest deal maker in history. You can make deals that nobody, absolutely nobody, can make. So do it. Make history. You are the one that can do it. Stay focused and don’t give up. You know you can do this. They’ll come at you from all sides. They’ll tell you it’s impossible, that the time isn’t right. Powerful people will lean on you to stop. You’ll get attacked from the left and the right, from Jews and from Muslims. Very smart people, some of them very smooth talkers, will tell you why it won’t work now. They think they’re smarter than you. You know that’s not true.

You’ll face two big problems. Big Problem #1: will be Palestinians who still want to murder Jews and right wing Israeli settlers who don’t understand that the Palestinians really did become a people, and a people that wants the dignity of having their own country. Big Problem #2: the cynics, the people who simply believe there is no hope. They will tell you about all the bad things the other side has done. Your job will be to listen well to those people, to hear their pain, and then to insist that they take a risk for peace, that they take a risk for the biggest deal in history. You tell them to come along with you, because if there’s one thing you know, it’s how to make a deal.

You tell each side to pick five creative people, people who can think out of the box, and get those ten people together to come up with creative solutions for every problem you face. You can do it. God bless the peacemakers. Peace is the greatest. There’s nothing greater and you know that. Let’s do it.

About the Author
Bill Berk was born in California and graduated college from the University of California, Berkeley. He attended rabbinical school (HUC) and served congregations in Palo Alto and Phoenix. Bill made aliyah in 2006, and worked at the Hartman Institute running their educational programs for rabbis. He has worked at Keshet and Makor in the field of educational travel.
Related Topics
Related Posts
Comments