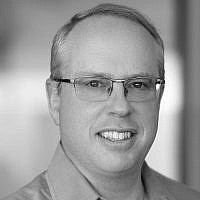 The Blogs
Todd Kesselman
Apply for a Blog
Please note that the posts on The Blogs are contributed by third parties. The opinions, facts and any media content in them are presented solely by the authors, and neither The Times of Israel nor its partners assume any responsibility for them. Please contact us in case of abuse. In case of abuse,
Report this post. 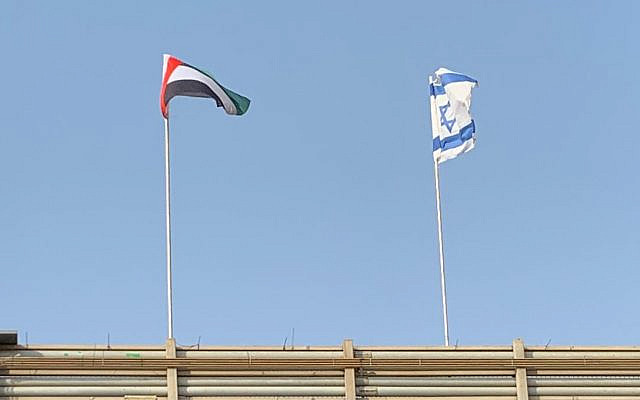 Entrepreneurs and investors have good reason to be excited about a deal that opens up a major business gateway not only to the UAE but also to the rest of the Arab world.

In November 2013, the city of Dubai won the bid to host Expo 2020 – the prestigious universal event also known as the World’s Fair. The announcement sparked widespread jubilation across the United Arab Emirates (UAE), and the world’s tallest building in downtown Dubai was lit up with fireworks in celebration. The expo, which takes place every 5 years and has never been held in a Middle Eastern country since its inception in 1851, provides a rare opportunity for the UAE to display breakthrough innovations in science, technology, and architecture.

This momentous event was scheduled to start in just a few weeks on October 20th under the banner “Connecting Minds, Creating the Future,” but it was postponed due to the outbreak of COVID-19.

While the World’s Fair was deferred to October 2021, disappointing millions in Dubai and beyond, the UAE still made history this year, with an unprecedented event that, for many in the Middle East, has been no less dramatic. 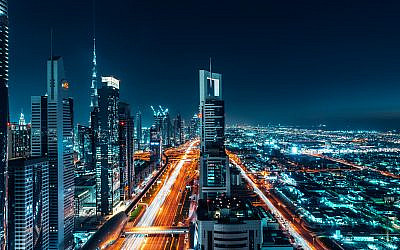 On August 13, 2020 – in a virtual meeting under the auspices of President Trump – the UAE and Israel agreed on a historic peace accord. In doing so, the UAE became the third Arab country to make peace with the Jewish state. What makes this accord historic is the fact that, while Egypt signed a peace treaty with Israel in 1979 and Jordan followed suit in 1994, these agreements bred what many experts refer to as a “cold peace,” signed between prior enemies. Up until early this year when Israel started exporting natural gas to Egypt and Jordan, economic trade between Israel and its two peaceful neighbors had been marginal. Mutual tourism has also been minimal.

In contrast, the UAE-Israel deal has the potential to be a regional game changer. According to multiple experts, the deal will likely transform strategic alliances in the region, with countries like Bahrain, Oman, Morocco, and Saudi Arabia – all of which are opposed to Iran’s growing influence in the region – already considering normalization with Israel.

Entrepreneurs and investors in Israel have good reason to be excited. The UAE has the second largest economy in the Arab world, with an estimated GDP of $421B in 2019. Last year, over $420M of venture capital funding was raised in the UAE alone, constituting 60% of the total value raised in the Middle East and North Africa. Furthermore, the deal opens up a major business gateway to the rest of the Arab World, where the hi-tech industry is worth hundreds of billions of dollars.

According to the Israeli Ministry of Finance, Israeli exports to the UAE are currently at around $300,000 a year. This statistic could very quickly climb to $300-$500 million annually. Additionally, if everything goes as planned, in the coming months we can expect to see a significant rise in capital investment between the two countries.

This is not without precedent. Israel and the UAE have maintained (mostly covert) economic ties in a variety of industries over the last few years.

The two countries face security and cyber threats emanating from the same players (e.g., Iran and ISIS). Israeli cyber companies such as Check Point and Cybereason have representations in Dubai, receiving significant funding from local VCs. Veteran Israeli defense manufacturers, such as Elbit Systems and Israel Aerospace Industries (IAI), have also been operating in the Gulf countries in recent years.

Another challenge common to both countries is the dry, desert climate. Vast cooperation is expected in the development of desert agriculture, water technology, and solar power.

In the battle against Coronavirus, a recent Memorandum of Understanding was signed between Israel’s Raphael Technologies, the IAI, and Abu Dhabi’s Group 42 technology company to jointly conduct research and develop solutions to help combat the pandemic.

Israeli and Emirati investors are also excited about the prospect of investing jointly with their Middle Eastern counterparts. Ibrahim Ajami, head of ventures for the Mubadala Investment Company, an Abu Dhabi based wealth fund publicly invited Israelis to invest in his country.

And personally, as co-founder of Jerusalem-based PICO Venture Partners, I too am excited about the economic and diplomatic possibilities of this deal. It reminds me of how I felt as an 11-year-old, watching – on a tiny black and white TV in a New Jersey Hebrew School – the plane of Egyptian President Anwar Sadat landing in Israel. While at the time I didn’t really understand the significance of Sadat’s landing, I vividly remember how emotional my Israeli Hebrew teacher was.

As these lines are being written, history, once again, is being made. On Monday this week, the first commercial Israeli flight, carrying a delegation of Israeli and American officials left Tel Aviv, flew over Saudi Arabia and landed in Abu Dhabi, to continue the conversations they started (via the newly opened telephone lines between Israel and the UAE), on areas of mutual economic and political benefits, including the establishment of reciprocal embassies.

And though Expo 2020 Dubai has been postponed to next year, as far as many Israelis and Emiratis are concerned, the future is already here. 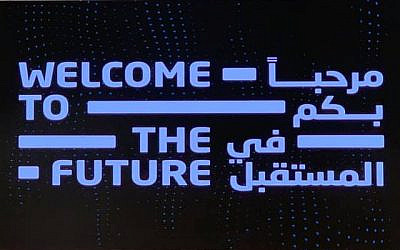 Banner of Expo 2020’s global marketing campaign. (Elie Wurtman)
About the Author
Todd Kesselman is a co-founder and partner at PICO Venture Partners. He has more than 20 years of experience as an investor and investment banker. He holds a JD from Columbia Law School and a BA in Economics from SUNY Binghamton.
Related Topics
Related Posts
Comments