Israeli Foreign Minister Yair Lapid was greeted on tarmac by Emirati Minister of State Ahmed Al Sayegh as the first Israeli minister to visit the United Arab Emirates since The Abraham Accords were signed in Washington.

He came as the guest of the Emirati Foreign Minister, Abdullah Bin Zayed to inaugurate the Israeli Embassy in Abu Dhabi and the Consulate of Israel in Dubai on June 29 and 30, 2021.

To celebrate this historic event as an American-Israeli artist, I launched “Cyberangels of Peace” on virtual flights from the Israel Museum in Jerusalem to the Louvre Abu Dhabi and the Crossroads of Civilizations Museum in Dubai. These digital age artworks express The Abraham Accords declaration of support for science and art that inspires humankind, maximizes human potential and brings nations closer together. 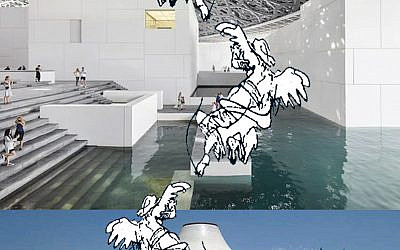 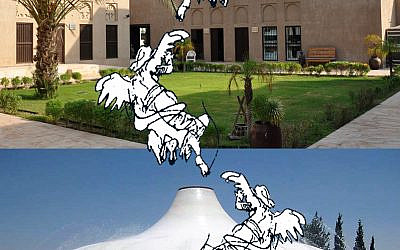 UAE-Israel Peace as a Way of Life

The inauguration of Israel’s Embassy and Consulate in UAE was followed by an unprecedented act between foreign ministers of two countries. Yair Lapid, a Jew and Israeli, and Sheikh Abdullah bin Zayed Al Nahyan, a Muslim and Arab, defied expectations by co-authoring an article “UAE-Israel peace is more than an agreement. It’s a way of life” in The National.

They wrote: “The UAE and Israel decided to do things differently with the signing of the historic Abraham Accords in 2020. With the establishment of diplomatic relations between the UAE and Israel, our two countries set out to determine a new paradigm for our region: one defined by the joint pursuit of peace, stability, security, prosperity and co-existence for our peoples.”

“We both want to live in a world where peace is possible. We need to work hard with our peoples and with each other. In order to achieve lasting and sustainable solutions to the issues that our region faces, we will continue to champion the spirit of peace in all efforts to shape a better world for our children. Peace isn’t an agreement you sign – it’s a way of life. The ceremonies we held this week aren’t the end of the road. They are just the beginning.”

Abraham Accords and Year of Rembrandt

The Rembrandt-inspired “Cyberangels of Peace” are based upon the biblical passage of angels going up from the Land of Israel on a ladder in Jacob’s dream and coming down throughout the world to herald a message of peace. The angels are shown flying from the Land of Israel via smartphone and social media on the cover of my book Through a Bible Lens. The book explores the biblical roots of the Abraham Accords in the language of digital culture. 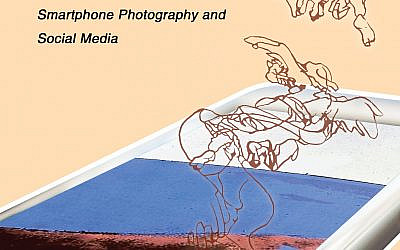 It is symbolic that one of my cyberangel artworks is in the collection of the Smithsonian Museum in Washington where The Abraham Accords were signed. My artworks represent historic exemplars of computer-generated art that act to unite Abraham’s decedents. These cyberangel artworks are in the collections of thirty museums on five continents. They are documented in my blog Global Tribute to Rembrandt. 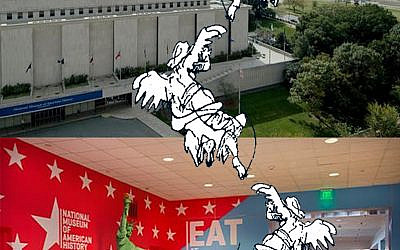 The Bible tells of Abraham’s good feeling seeing his sons Ishmael and Isaac together in peace at his deathbed. Now, four thousand years later, we saw their heirs come together in brotherhood on the White House lawn.

The Abraham Accords corresponded with the “Year of Rembrandt” honoring the great master on the 350th anniversary of his death. Throughout the world in museums from Leiden where he was born, to Amsterdam where he established his art studio, to Oxford, Madrid, Ontario, New York, and Abu Dhabi.

The Louvre Abu Dhabi presented the exhibition Rembrandt, Vermeer & the Dutch Golden Age, masterpieces from The Leiden Collection founded by the American Thomas S. Kaplan who wrote, “We believe Rembrandt’s ability to touch the soul represents a uniquely fitting expression of this visionary project seeking to promote tolerance and the common civilization of mankind.”

I launched Rembrandt-inspired cyberangels to the Louvre Abu Dhabi from the Israel Museum’s Shrine of the Book, where the oldest Bible texts are housed. The Louvre Abu Dhabi was created by the renowned architect Jean Nouvel to express a new era of peace and brotherhood.

It was my honor to have hosted Jean Nouvel when he came to Jerusalem to receive the Wolf Prize in Architecture in 2005. I had been appointed by the President of Israel to the Council of the Wolf Foundation that awards the acclaimed Wolf Prize to outstanding scientists and artists from around the world for achievements in the interest of mankind and friendly relations among peoples. We sat together at the award ceremony in the Knesset (Israel’s parliament) beneath a huge Marc Chagall tapestry.

Cyberangels of Peace at Crossroads of Civilizations Museum in Dubai

The Crossroads of Civilizations Museum expresses the global vision of its founder and director Ahmad Obald al Mansoori who tells how it embodies the spirit of tolerance of the ancient past where civilizations, cultures and religions met. Dubai’s location at the crossroad of global trade routes had seen it interact with leading cultures and civilizations across Europe, Asia and Africa.

At a photo exhibition reflecting Jewish life in Arab countries at Al Mansoori’s museum, he initiated collaboration with The Heritage Center for Middle East and North Africa Jewry in Israel. The Heritage Center’s CEO Ashley Perry said, “The event tonight was an attempt to build bridges between Arabs and Jews through the prism of the Jews of the Middle East and North Africa. In preserving the culture and heritage of the Jews of MENA we can build a bridge from the past to a brighter future for the good of all peoples in the region.”

The cyberangel flights to Abu Dhabi and Dubai are followed by virtual flights from the Israel Museum to museums in Bahrain, Morocco, Sudan, and to Egypt and Jordan, the first Arab states to have signed peace treaties with Israel.

Cyberangels of Peace are waiting on the runway ready to take virtual flights from Israel to the remaining sixteen member states of the Arab League. They are also waiting for the signing of the Cyrus Accords to fly from the Israel Museum in Jerusalem to the Teheran Museum of Contemporary Art.

I live with my wife in Ra’anana, the same city north of Tel Aviv where Israel’s Prime Minister Naftali Bennett lives with his wife and children. Before partaking of the Sabbath eve meal, our families join with Jewish families throughout the world singing, “May your coming be for peace, Angels of Peace, angels of the Exalted One.” The song begins with the words shalom aleikhem (may peace be with you). Shalom aleikhem is the traditional Hebrew greeting when people meet. It is akin to the Arabic greeting salam aleikum.

May the Hebrew Malakh Shalom and the Arabic Malak Salam be recognized as one and the same Angel of Peace.