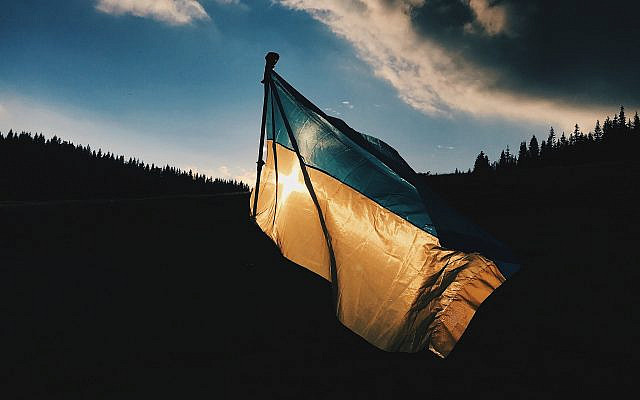 Photo by Max Kukurudziak on Unsplash (free to use)

Arms and weapons are like water, they often find the shortest route to conflict areas. Pakistan has become the new channel for supply of weapons to conflict zones across the world. Ukraine and Armenia are two hotspots which are two destinations reportedly for supply of weapons, apparently facilitated by Pakistan. The question is who is behind these supplies and why is Pakistan providing overflight and landing facilities for such deliveries? The answer remains a mystery.

However, what we do know is that Pakistan has been clandestinely helping the United Kingdom to ferry weapons systems, virtually on a daily basis, to Ukraine. Various flight-tracking websites have shown the UK’s Royal Air Force carrying out regular sorties of C-17 Globemaster heavy lift aircraft from Romania to Pakistan Air Force’s Nur Khan airbase in Chaklala, Rawalpindi, since 6 August 2022, five days before Pakistan Army chief, General Javed Bajwa, landed in the UK. The air bridge has since stopped and only takes place episodically now.

Media reports of the 16 August 2022 indicated that flights, via the RAF’s Akrotiri base on the Mediterranean island of Cyprus, were first spotted by social media accounts using open-source intelligence. There is no clarity on the kind of weapons or ammunition ferried from Pakistan to Romania’s Avram Iancu Cluj International Airport via RAF base Akrotiri, but the possibility of Pakistan sending 155mm artillery ammunition made at Pakistan Ordinance Factory to Ukraine via Romania cannot be discounted. Earlier flights by the Globemaster have included RAF Akrotiri to RAF Brize Norton in UK, and then on to Poland.

#Ukraine: The massive needs of the Ukrainian Army when it comes to artillery are being met from some unorthodox sources- Ukrainian artillerymen were spotted using 122mm HE artillery projectiles made by Pakistani Ordnance Factories (POF) ????????. pic.twitter.com/Uu8X1zT6wi

Twitter user ‘The Intel Consortium’, with the handle @INTELPSF, (based in Pakistan) said in a post that most Ukrainian large artillery guns use 155mm ammunition. “Ukrainian war planners have said the best aid they can get is 155mm artillery ammunition. The US recently sent 75,000 rounds of it to Ukraine. Guess who else makes that ammunition: Pakistan Ordinance Factory,” he said in a tweet.

While there is no way of verifying this information, the coincidence of this report and Pakistan Army Chief General Qamar Bajwa’s UK visit suggests that this could well have been well-timed propaganda!

Notably, Gen. Bajwa was given a rare special honor of becoming the representative of the Queen during the Sovereign’s parade (15 August 2022) at the Military Academy Sandhurst, becoming also the first Pakistani Commander in Chief to address the passing out parade. It is safe to assume that these special honors are offered not without a quid pro quo. This cooperation between the UK and Pakistan could indicate a dramatic shift in Pakistan’s geo-political leanings, a balancing of its alliance with China with a more robust relationship with the West, which had frayed in the past several years. The Army chief last year had called for a geo-economic strategy in view of Pakistan’s dire economic condition and the threat of Financial Action Task Force sanctions hanging on Pakistan. Although there is no hue and cry over the clandestine airlift of weapons in Pakistan, there is mounting evidence of massive movement of arms for Ukraine from Rawalpindi.

While open sources informs that Pakistan was the source of artillery ammunition for Ukraine, the Chinese angle should not be forgotten. China is on the side of Russia in the current crisis, but when it comes to business, they are quite capable of doing deals for profit. There is another instance which gives us clues in this regard. As part of its Belt and Road Initiative, China has courted both Armenia and Azerbaijan to penetrate the South Caucasus region. But with Turkey and Pakistan having courted the latter for several years now, China has quietly worked its way into the Armenian system.

While Russia has traditionally supported Armenia with arms and ammunition, in 1999, China sold Armenia four WM-80 multiple rocket launchers, which became Armenia’s first non-Soviet/Russian arms purchase. It was also China’s first arms sales to any of the countries in the South Caucasus. In 2013, Armenia reportedly acquired AR1A multiple rocket launchers (MRLs) from China. They are the Chinese modification of the Russian Smerch MRLs. A Russian think tank reported that in 2011, China delivered six AR1A MRLs to Armenia. The more recent air route via Pakistan is a double benefit for both China and Pakistan as it opens a new channel for supply of arms. However, Russia would be uncomfortable to see China take over its traditional sphere of influence.

Portal plus website recently claimed (20 September 2022) that Azerbaijan’s government is probing a secret military flight which originated from Macao in China and reached Yerevan in Armenia. Azerbaijan’s greater concern is that Pakistan facilitated the flight. The military aircraft carrying weapons for Armenia landed at Karachi, en-route to Yerevan. This could very well indicate that China is supplying arms to Armenia via Pakistan. Alternatively, Pakistan itself could be providing the weaponry. Pakistan and Turkey have traditionally been the main supporters of Azerbaijan, both politically and militarily. Which is why Azerbaijan has sought clarification on the issue through its Ambassador in Pakistan. Azerbaijan has been caught off guard by the assistance allegedly provided by Islamabad to China, as it has long supported Pakistan on issues like Jammu and Kashmir.

For Pakistan, the conflicts in Ukraine and in the Caucasus have provided a win-win opportunity. With the former, it is a sign of attempts to move towards the West again signaling that it is a strategic partner, with China it is doing what it has always done, played the role of a client state. Obviously, China has benefited in both cases strangely; in Ukraine, it finds itself increasingly difficult to support Russia and in Armenia it is building bridges. Significantly, this is happening at a time when India is beginning to play a prominent role in arming Armenia. Thus, it is no coincidence that the Armenian connection is being rekindled by China.