In those first days of COVID-19 when the world folded in on itself, my friend David Ehrlich died suddenly in his sleep.

If you love Jerusalem, then chances are he was your friend, too.

He had a cafe called Tmol Shilshom Cafe- a special place —  a maayan — a sacred spring, really.

The walls were hewn from stone and lined with great literature  — by the world-renowned, and by artists David discovered himself.

Dozens – if not hundreds! – of first dates at David’s cafe over coffee or hot chocolate turned into happy marriages and Friday family brunches.

Unlikely friendships blossomed across the tables.

And how else could it be? David radiated a gentle light that drew folks from all backgrounds to him. He was smart and witty and had strong convictions, and he was warm and kind and it was one of those rare watering holes that really brought in everyone – Left, Right, queer, Arab, Jew — he brought East and West together, he united the winds from all the corners.

He made the best, most comforting soups. 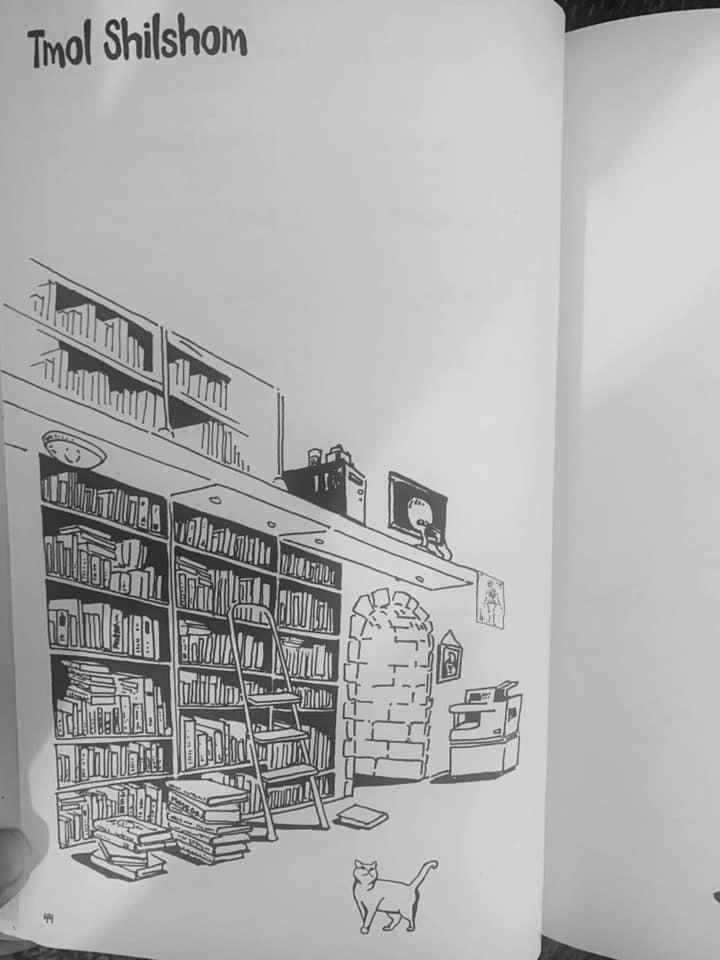 The cafe overlooks Yoel Solomon Street – a quaint slip of cobblestone with colorful shops, a few restaurants and stands. The sounds of the street are steeped in different languages, young kids laughing, Mozart or klezmer sometimes wafting through an open window. It is a short street, but taking it is also a languid journey, wending past a doorway covered in mosaics, or a stand full of shimmering scarves. If the Old City is a sea of faiths and people, this street is a gentle river.

Every year around this time, as the summer season begins, the umbrellas come out. Red and blue and yellow and green and pink, they’re strung up from one end of the street to the other. It’s its own season of the year: umbrella season. 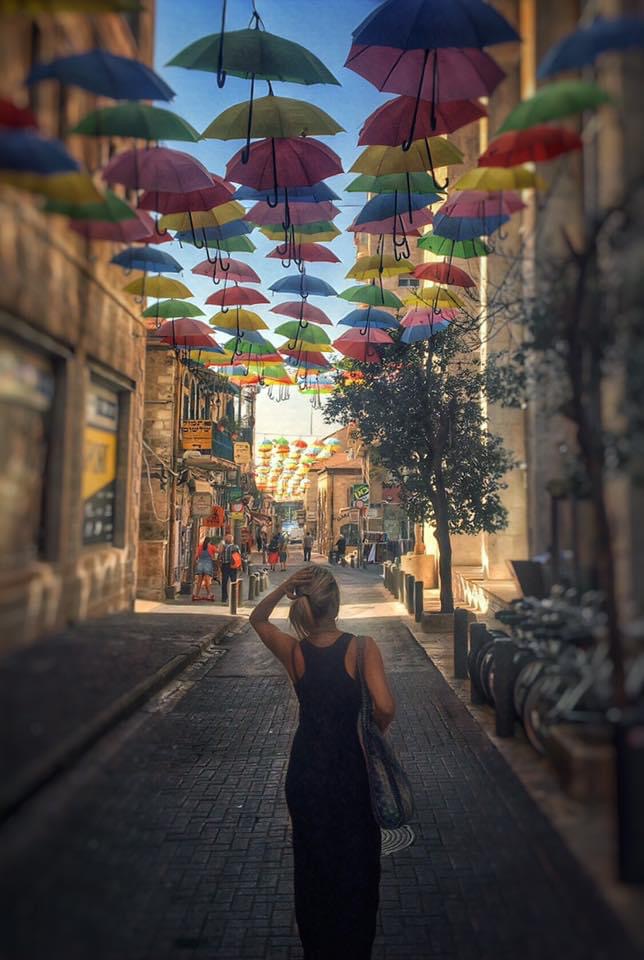 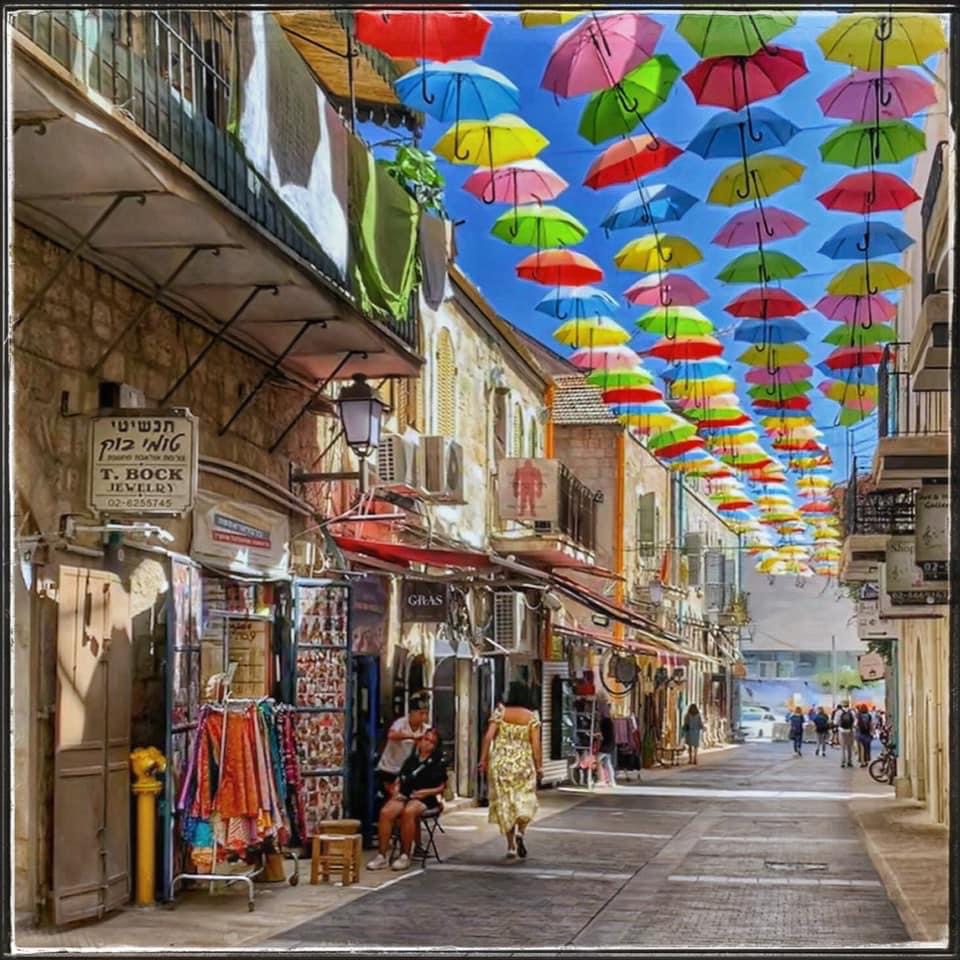 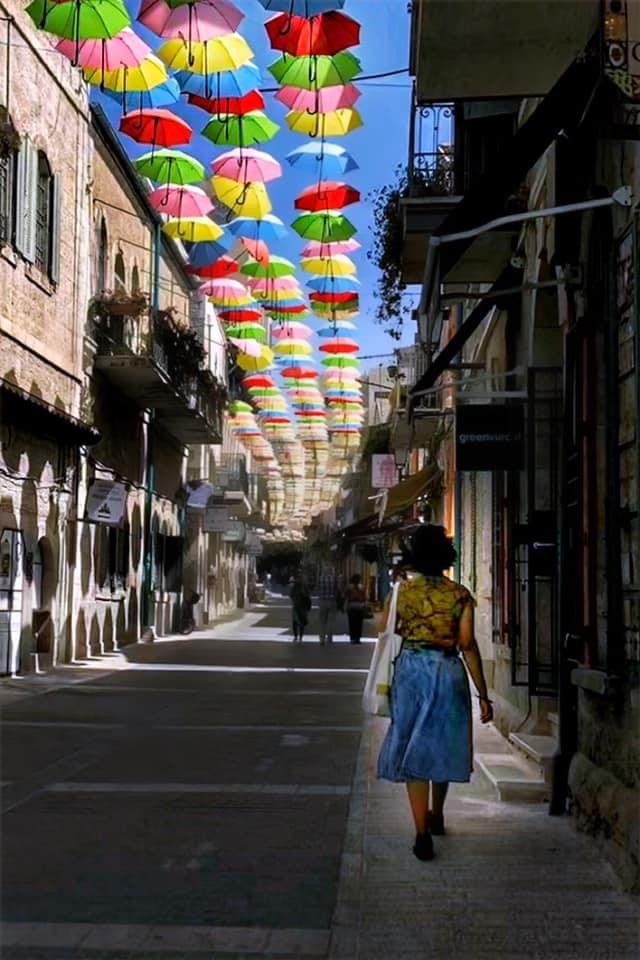 The best view of the umbrellas is from Tmol Shilshom, with a cup of cappuccino on the balcony, looking down at the colors to the street below.

I can’t see the umbrellas without 1. Smiling 2. Thinking of the balcony of Tmol Shilshom and the world David created behind it. 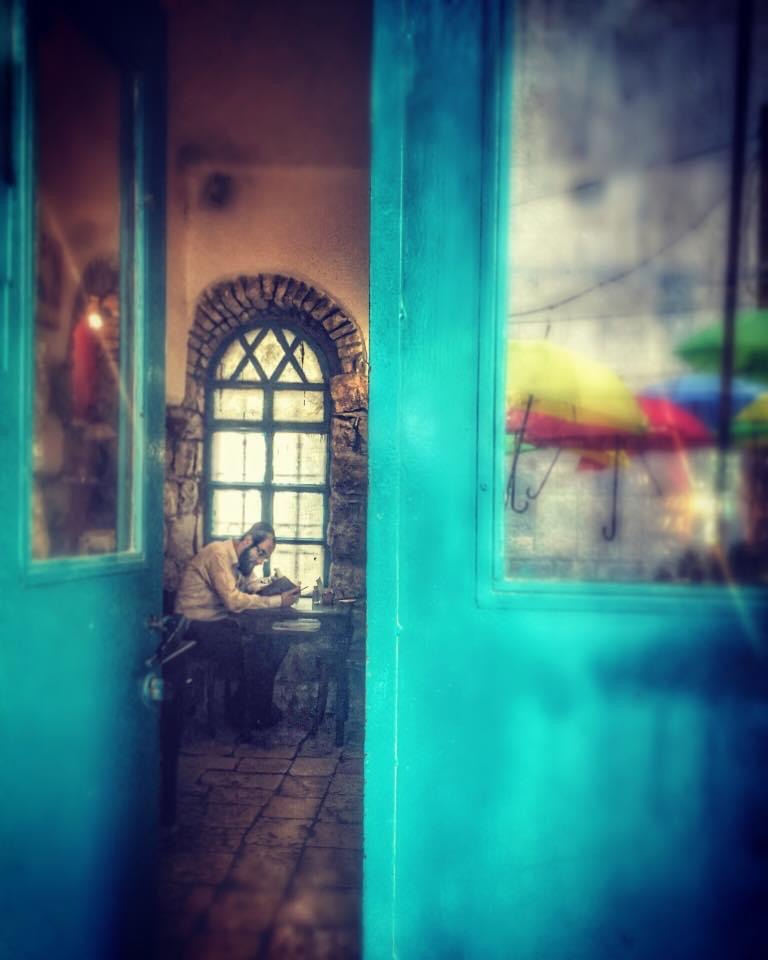 But then the world folded in, and shops closed and restaurants shuttered, and David died. COVID-19 cases mounted in Israel and the world and the river dried up, and we all grieved the loss of life as we knew it, the safety we convinced ourselves was permanent.

Anyone who knew David also knows that davka in this time of uncertainty, he would be a grownup, a reassuring voice inside the maw of our own abject terror – like the best kind of big brother or friend.

But he wasn’t there – we only had his past imparted wisdom to draw from his well, and drink as deeply as we could while not even being able to grieve together in person and wrap our arms around each other and wail.

i walked by the street yesterday after so many lifetimes that were squeezed into the folded space of less than 90 days since David died and the world closed in.

It feels like a whole new world now – and in truth, I’m still afraid to take my first steps in it….

When we are born, we know the secrets of the universe: but then an angel placed her finger on our lips and tells us shhhhh in our seashell ear and we forget.

But in a rush these past few months, they came back: to everything there is a season and a time for every purpose under heaven, a time to be born, a time to die.

And it’s that burden that we carry now out into the world again – that we are vulnerable, that life is fragile, that WE have to be the grownups and offer wisdom and comfort to each other as best we can.

And if we don’t have the strength today, maybe we will tomorrow.

And the streets feel different, and a little scary, but I’m out there again and exploring this new world, like I did when I took my first steps into the old one years ago, when I first learned I had to let go of my mother’s hand.

And there I was in Jerusalem again yesterday, and I passed by this little street again for the first time since Before.

And I couldn’t believe my eyes – the umbrellas are back. It’s that season again. The world is different and David is gone, and we will carry the burden of our own vulnerability with us for the rest of our lives, but it’s umbrella season somehow, and the river has begun to flow again. 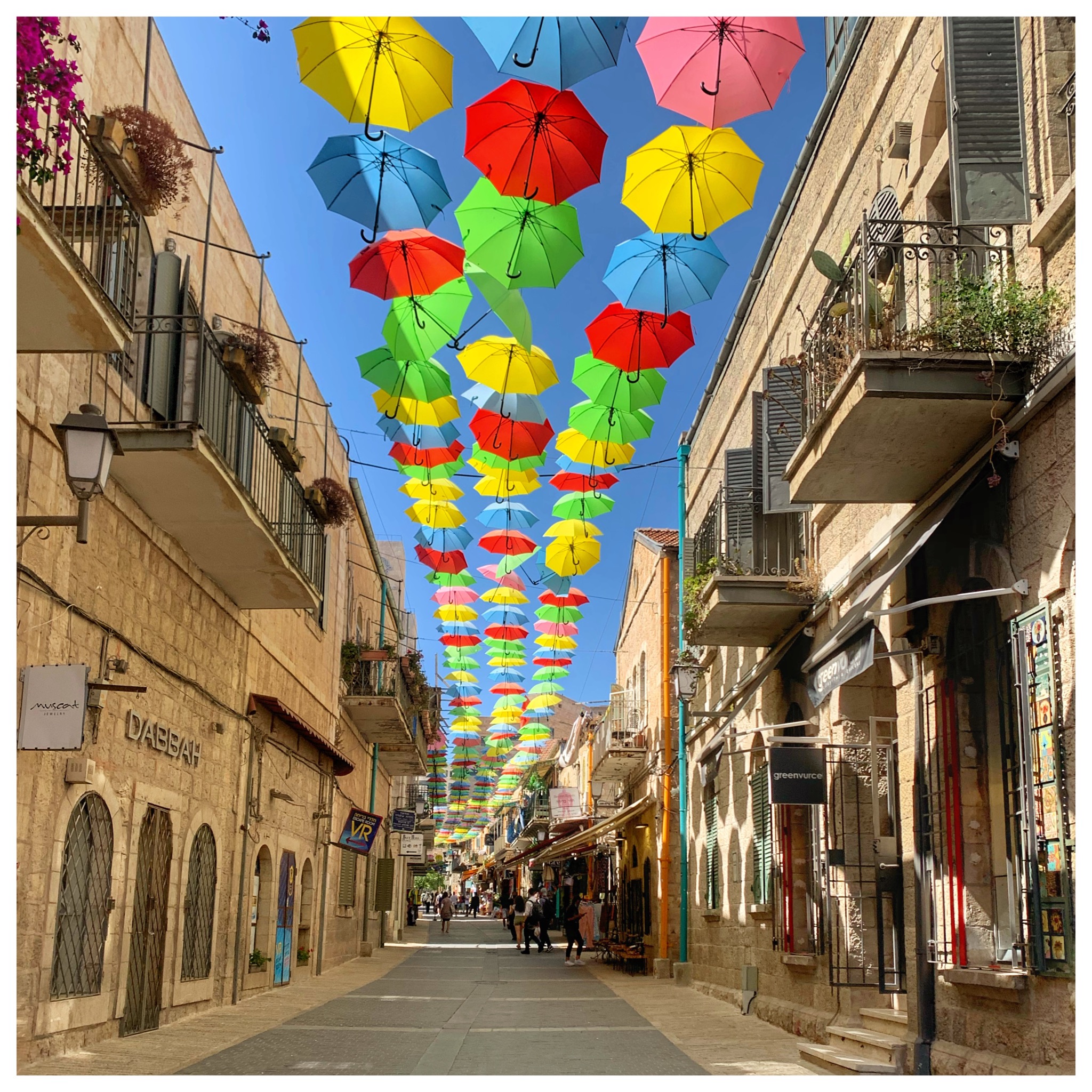