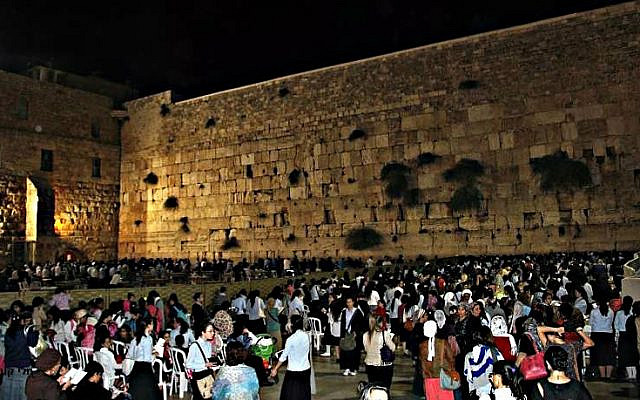 The most hard-bitten of political realists, Niccolò Machiavelli, noted that the changing of place names is a quite common mark of conquest. A nation like Israel having survived more than its share of rises and falls, defeats and victories, amid a history that has seen Jerusalem captured and recaptured some two dozen times should certainly have more than a few disagreements on official place names throughout the country—and it does.

The list of cities, towns, regions and religious sites with divergent names includes Jerusalem, Judea, Samaria and more, the only surprise being that the tally isn’t longer and with more languages beside Hebrew and Arabic. Still, there’s never been a dispute in Israel, no matter how petty or grave, that the international coterie of finger-pointers constantly scolding the Jewish state have let pass without delivering yet another lecture to the always-wrong Israelis.

Even changing the name of one of East Jerusalem’s major thoroughfares—Nablus Road—to the Hebrew Derech Shechem didn’t pass without rebukes and complaints, yet bizarrely to include voices from thousands of miles away from the Holy City—in capitals throughout the West where even local street-naming policy in Jerusalem is the business of self-appointed regulators of Israel’s affairs.

Much of this endemic Israeli-bashing emanates from the metropolis with the largest Jewish population on Earth, New York, a city that should be otherwise occupied with a new and deadly lawlessness reaching such proportions that a woman was recently sexually assaulted in crowded daylight, in public on a Brooklyn subway platform. Another woman was pushed onto the Times Square subway tracks, murdered randomly and for no reason. With rates of theft, assault, rape, murder, and burglary skyrocketing throughout the city common sense would dictate that such a population under siege would have little inclination for weighing in on roadway quandaries in foreign countries thousands of miles across the Atlantic Ocean and Mediterranean Sea.

But New York is burdened with the great imposition of hosting the world delegation least likely to care about the safety of New Yorkers, or anyone else for that matter. The United Nations is headquartered there and its envoys strive mostly to monopolize pliant and easily tractable leftist US mass media while tending to avoid the dangerous subways and moving about instead in limousines with armed guards and diplomatic immunity. Far worse, however, is the one-party rule New York voters have strangely imposed on themselves, handing power exclusively to Democrats, the party championing get-out-of-jail-free cards for a wide spectrum of criminality.

As to what if any tangible benefits either the Democrat National Committee or UN create, both have proven on many occasions that there are few bodies capable of hand-sitting such as theirs. The UN’s ignoring of the 103 day-long machete massacre of 800,000 Tutsis in Rwanda in 1994, for example, will stand forever as one of the most shameful and disturbing disgraces in mankind’s checkered history; it’s on their doorstep, in perpetuity. Likewise, as to what Connecticut Democrat Senator Chris Murphy has to say about the crime wave enveloping the metropolitan area comprising six of the seven largest cities in the state he represents, other matters have his attention—almost six thousand miles in the opposite direction, in the Levant. Disorder, street crime, and the degradation of Greater New York fail to elicit any comment from the legislator, but the honorable senator was quick to weigh in on the recent scuffle occurring in Israel at the funeral of Shireen Abu Akleh when police in Jerusalem responded to rock-throwing rioters disturbing the memorial service.

“This is awful to watch,” the senator groused, but other more effusive Democrat leaders put it in much more florid terms. Bernie Sanders called it an “outrage.” Representative Rashida Tlaib said it was “the work of a brutal apartheid government.” Minnesota congresswoman Ilhan Omar categorized it as “just simply cruel.”

The UN too was “deeply disturbed” by the funerary events in what it termed “occupied East Jerusalem,” in no way to be considered as a second-fiddle accuser of Israel to the Democrat Party. Indeed, it’s passed ceaseless condemnations against the lone nation that has been subjected to their nonstop broadsides.

Last year alone, the UN sanctioned Israel 14 times—with only 4 against all the other 200 nations of the planet combined. Yet there’s a long history of singling Israel out for this sort of special treatment. Half of the official denunciations passed in the entire history of the UN, streams of censures by the scores over decades, have all been aimed at the diminutive nation occupying .00015 of the world’s land area.

So as concerns the religious precincts within Jerusalem—the Temple Mount, Har haBayit, Al Aqsa depending on one’s language, culture and/or religion—the rubber stamps at the UN have cut through the millennia of claims, counter-claims, treaties, theology, thefts, conquests, hosannas and catastrophes and a few years ago made short work of the approved nomenclature of this hallowed ground of great religions. UNESCO has made it official; it’s Al Aqsa and only that.

We’re all reminded by the ruling that there never was a kangaroo court in history handing out such mock justice over so many decades as the UN, so careless of rights, freedoms, dignities and equanimity. No federation has stood by watching listlessly as more genocides took place—in Darfur, among the Yazidi, and all over the world—or when rarely acting, aiding and abetting the forces of chaos, mass-murder and collapse. That the United States and Israel and other sane and decent nations are still feigning to take part in the three-quarter century long charade has now become intolerable. It’s long past time to hand the United Nations its walking papers, evict them from the prime real estate they occupy in Manhattan, and wish them a bon voyage to some other less fashionable and pricey locale.

And as to what to call the sacred quarters of the Holy City and in what language, no Christian, Jew, Muslim, Druze, Baha’i, Zoroastrian, Buddhist, or anyone else requires any aid. Everyone knows implicitly in his or her own heart and mind what to call it, and if not, probably has no business referencing it.