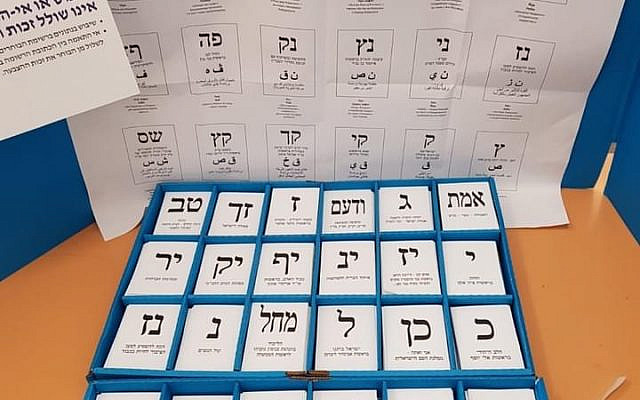 In a rare show of public Centre-Right political unity, Yair Lapid, Naftali Bennett and Gideon Sa’ar, fully back Prime Minister Netanyahu’s military response against Gaza, in the wake of hundreds of rockets fired into Israel.

For the first time in history, the Knesset was evacuated as sirens went off in the capital on Monday. At least 6 rockets were fired toward Jerusalem, two to Beit Shemesh and more than 600 across the South of Israel. In addition Hamas claimed it fired 130 rockets into Tel Aviv on Tuesday.

Knesset Members and staff, along with reporters and security personnel, ran to safe shelters on Monday where some journalists, sitting crouched in tight spaces next to MK’s, took selfies to post on social media.

We were told last week and again on Sunday that a new Left-Centre-Right-Arab government, led by Yair Lapid, would be in place by Tuesday and on Sunday, it was postponed to Thursday.

However following the announcement that the main party leaders would give their full support to an offensive against Gaza, the Islamist Ra’am party, pressed the pause button on their political negotiations.

Without the 4 seats of Ra’am, the “bloc for change” consisting of Yesh Atid, Blue and White, Yamina, Yisrael Beitenu, Labor, New Hope and Meretz can only reach 57 seats. Netanyahu managed 59 seats.

Ra’am head, Mansour Abbas was expected to vote in favour of the government this week and would have been part of the new coalition, but not serve as a cabinet minister.

However Abbas made it very clear that he would not re-engage in political negotiations until the security situation had settled down.

Bearing in mind that Lapid has just over two weeks to go before his mandate to form a new government expires, a lot now depends on how far the Islamist groups in Gaza, including Hamas, Islamic Jihad and others, wish to take this latest round of fighting.

The so-called change bloc of parties, aiming to replace Binyamin Netanyahu as Prime Minister were reported to have made significant progress in ironing out the last kinks in the dividing up of ministries, before this latest “setback”.

Earlier Meretz head Nitzan Horowitz said, “The government that will be created will know how to deal with the unrest in Jerusalem, because it will come from a place of partnership”, he told his faction at a party meeting.

But Horowitz still questioned matters of settlements and refused to say whether he would compromise and drop his demand for the Education portfolio in the new government.

Lapid planned to give Avigdor Liberman the Finance Ministry, much to the disappointment of Bennett and Saar. Liberman’s stance on religion, such as civil unions, relaxed Shabbat laws and the change of requirements governing kosher supervision, would make it almost impossible for religious parties to join the coalition at a later date.

In addition, Liberman demanded secular education for all chareidi schools and full chareidi enlistment into the army.

Labor’s Merav Michaeli insisted on becoming Justice or Education Minister which Bennett and Saar were totally opposed to, due to her left-wing views. But the Labor party could have been offered the chairmanship of key Knesset committees as a compromise.

New Hope leader Gideon Sa’ar was going to take the Justice Ministry, while the Interior or Public Security portfolios were offered to Yamina’s number 2, Ayelet Shaked.

All this now seems irrelevant as the Left-Centre-Right-Arab coalition appears to have fallen apart before it even got off the launching pad.

Ra’am head Mansour Abbas negotiated with Netanyahu last month. But due to Bezalel Smotrich’s objection of relying on the Islamist Party, even as support from outside the government, the Religious Zionist leader vetoed the coalition and Netanyahu failed to obtain a majority.

Smotrich actually described Ra’am as a “terror-supporting”, faction because of its affiliation to the Muslim Brotherhood and whose charter calls Zionism, racist. But both Netanyahu, Lapid, Bennett and Sa’ar were prepared to accept the 4 seat party, to reach a Knesset majority.

Before the election, Bennett called on Netanyahu whilst live on Channel 20 News, to pledge not to form a government reliant on Ra’am, which he himself vowed not to enter into a rotation deal with Yair Lapid.

But words and promises made during an election campaign are one thing and policies and plans after the election, are something very different. Especially when all party leaders in Israel begin the dreaded “horse trading” agreements.

As it stands right now, Israel is heading to its fifth election. Unless of course the current conflict will knock some sense into the parties that refuse to sit in a government with Netanyahu.