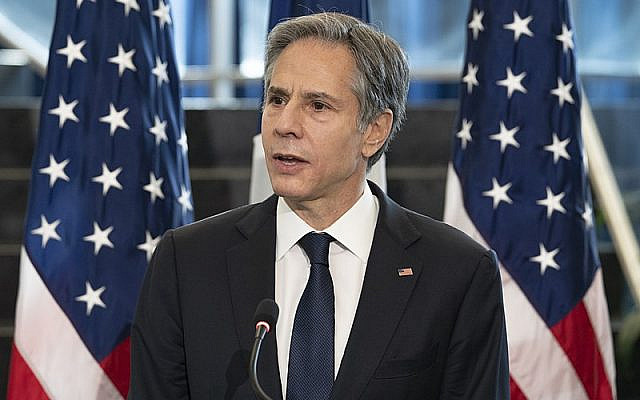 U.S. President Joe Biden’s secretary of state, Tony Blinken, can’t have it both ways. He wants to, on one hand, rejoin the JCPOA and on the other, not arm allies in the war on Islamic terrorism. What is for sure is the new administration has wasted no time in shaking the rickety rope bridge between the Islamic Republic in Iran and the West (Israel included). The Biden administration placed a provisional hiatus on “several major foreign arms sales initiated by former US President Donald Trump…” This includes the sale of no less than 50 F-35 advanced fighter jets to Abu Dhabi. The deal was worth $23b, not counting an additional deal to arm Saudi Arabia with munitions. Saudi Arabia is currently fighting Iranian proxy militias, mixed-in amongst Houthi-rebels in Yemen, a battle that has been raging for the better part of a decade, if not more. Having the United Arab Emirates on Israel’s side in the soft war against the Islamic Republic would be a good thing — better: strategically crucial. And if the U.S. gets the UAE its F-35s, this means either Israel doesn’t have to, or Abu Dhabi could purchase their F-35s from Israel, as a middleman, a generous coup for the Israeli economy.

Meanwhile, the Biden administration has made it clear: they wish to rejoin the JCPOA (the Joint Comprehensive Plan of Action). This isn’t necessarily catastrophic. After all, isn’t it a good thing for Tehran to curb their uranium enrichment and stockpiling? But without a check on the inflow of cash — that is, the slashing of sanctions — more money will be spent by Iran on its proxies in Lebanon, Gaza and Yemen, (and elsewhere), and without the sale of munitions and F-35s to Saudi Arabia, how will the battle be fought?

I was originally opposed to Israel’s sale of F-35s to the United Arab Emirates, when they came knocking on the door of the arms market, immediately following the signing of the Abraham Accords, as if that’s all they were interested in. I would say, get to know the Jewish state, the Jewish people, the West, the Christians of America, first; only then, once you’ve proven you’re an amicable state and diplomacy has gone swimmingly, only then the advanced fighter jets. But with the recently-jettisoned 23$b deal with Washington, Abu Dhabi doesn’t need to lean on Jerusalem; unless, of course, Jerusalem can convince the government in Abu Dhabi, and the popular conception of the people of the UAE that the regime in Iran is a threat to the entire world, and their acquisition of nuclear warheads must be quashed.

Iran is a threat to Saudi Arabia, Yemen, Lebanon, Europe, the United States, and most saliently: Israel! Like I said, it is a threat to the entire world. But the people of Iran are the ones who suffer the most, and they deserve a regime change, and removal of the aging Ayatollah, who will only be transferring power to his equally wicked son, in coming months if it has not already happened. As an example of the domestic social injustices which occur within a Farsi society, three young champion athletes, two wrestlers and a boxer, were executed, within a span of four months for false crimes against inhumane laws. This took place between 2020 and ’21. In Tehran, journalists are jailed and executed all the time upon coerced confessions for false crimes.

Israel Prime Minister Benjamin Netanyahu is set to visit with UAE Crown Prince Mohammed bin Zayed Al Nahyan in Abu Dhabi, the second week in February, ’21. Iran is slated to be on top of the agenda for their discussion. Bibi should hold out, if the Crown Prince wants even more F-35s than it has already acquired from the United States. It is more important that the UAE proves itself even more as a partner in the fight against terrorism, and firmly and resolutely set against the regime of the Ayatollah, the Revolutionary Guard, and its proxies. In the meantime, Anthony Blinken can do his part in Washington by choosing one path to divert a nuclear holocaust by Iran, and sticking to it, and not letting it go to the wayside.