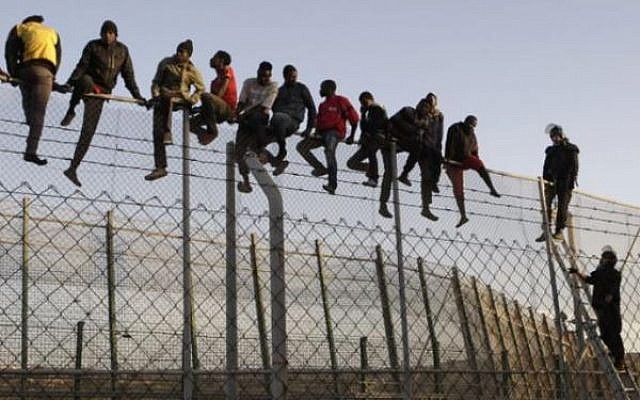 Every ethnic, social or religious group inside a nation has its own unique morality that distinguishes every group by how it defines what is the Good and what is the Bad, and what means should be used to strengthen the Good and to suppress the Bad. However, all those groups inside one nation have the same moral fundamentals that keep this nation united. The diversity based on the common national morality is a good diversity that brings prosperity.

However, the diversity which is lacking the common national morality brings calamity.

The history has many examples of the destructive diversity.

In the not too ancient historic past, India with its diverse ethnic groups – in the fight for the independence from the British Empire – was forced to give up its territories to its Islamic population (Pakistan, Bangladesh and even Afghanistan), the Austro-Hungarian empire and Czechoslovakia were broken into many pieces as well.

In the recent historic past, the very diverse former Soviet Union, which inherited its spiritually incompatible peoples from the Imperial Russia, and the very diverse Yugoslavia, which was created after the WWI, were violently split into many independent and less diverse parts.

Nowadays, the very diverse Syria and many very diverse African nations are in the state of civil wars – it looks like their diversity is destructive.

The very diverse European Union is in trouble – UK is in the process of separation from EU, and some other nations (Poland, Hungary, Rumania, the Czech Republic) are trying to become more independent from the globalizing and very diverse EU bureaucracy to preserve their unique, dear to them and less diverse traditions, and all of them spiritually suffering from the peaceful Islamic legal and illegal immigration intended to make Europe more diverse.

And how the diversity is working in Israel and the USA?

Both the USA and Israel have a lot of positive diversity in all areas of the national life – in religion, in government, in science, in economy, in arts, etc. – that makes both nations truly great spiritually and economically. This positive diversity is rooted in the USA in the Judeo-Christian Bible-guided traditional morality and in Israel in the Jewish Torah-guided traditional morality – mostly without priests/rabbis and sometimes with them.

Of course, both nations have the negative adversities. However, regarding the negative destructive diversity the USA and Israel are different.

The over three-millennium-long Jewish history has taught the Jews the lessons on how to preserve the spiritual unity and avoid the destructive diversity. The recently approved nation-state law has made it legal to avoid the destructive diversity, only people with proven adherence to the Torah-guided fundamental morals may become the Israeli citizens – those who do not like it but want to live peacefully and productively in Israel, may live in Israel without gaining the citizenship.

Here is the proof that it is working in Israel. The results of Israel’s national elections are accepted by all major social and political forces, no internal extremely visible squabbling can change it, and a government is working to the benefit of the nation defining the “benefit” as it was promised during the election campaigns. Israel has a common Jewish public morality that unites the nation and prevents possible diversity-caused calamities.

In the USA things are different.

The destructive is the diversity of socialism with its morality of redistribution of wealth by a government-tsar which creates the welfare system that artificially eliminates the artificially-defined poverty levels by the government-tsar’s redistribution of wealth – instead of the Judeo-Christian reliance on the individual freedoms and responsibilities with the individual private Charity/Mitzvoth helping the poor.

The destructive is the diversity of the concept of the global human-rights/social-justice that leads to the influx of immigrants with the love for a government-tsar taking care of its people – that is contrary to the Judeo-Christian morality of individual freedoms and responsibilities.

The destructive is the diversity of un-American theories aimed at resolving all social challenges through the government legislative orders – instead of the Judeo-Christian reliance on addressing social challenges by social deliberations.

The destructive is the diversity of national identities that splits the nation into the identity groups of the oppressed/underprivileged … and of the oppressors/overprivileged … – instead of the Judeo-Christian encouragement of individual achievements and collaboration.

The destructive is the diversity of un-American social moralities, and the case with CAIR is a good example of it – that is Council on American-Islamic Relations which is accepted as a normal American social organization. Look at the name of this organization – this name makes the Islamic morality equal to the American Judeo-Christian morality – in America, not in Islamic countries.

Here is the proof that the destructive diversity is working in America. The results of national elections are not accepted by the social and political forces who lost the elections. Those forces are sabotaging the elected government to make it fail. Why? – Because the elected government was elected to restore the common Judeo-Christian morality of the nation, and if it succeeds that would destroy the fertile ground for the destructive diversity which is the habitat for all non-Judeo-Christian “diversity groups.”

Let’s hope the American Judeo-Christian majority understands the challenge, will reject – through the democratic elections – the governing by the “destructive diversity,” and will begin the process of reviving the Judeo-Christian public morality.

That is true – the diversity may bring calamity.