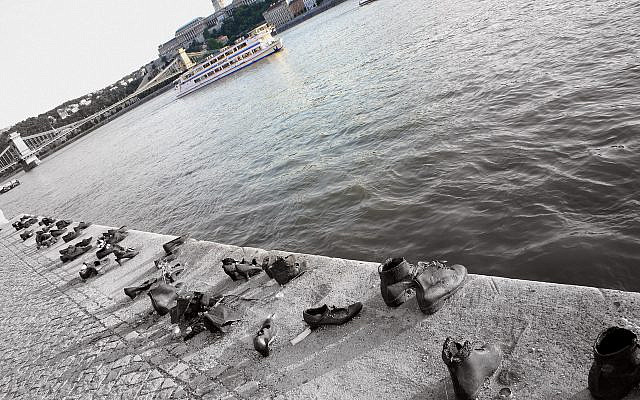 We are privileged to see the President of Ukraine Volodymyr Zelensky daily, with various speeches and addresses. Ukraine as a country is truly lucky to have such an energetic young man as its leader at this direst hour. One needs quite a strength to be able to act in such a rhythm for more than a month non-stop. But the Zelensky’s addressing the Council of Europe was something special among many of his various speeches.

With dubbing in English, you can watch and hear it here.  The President of Ukraine in that particular speech was having all the heads of the European states sitting around that huge oval table, in front of him. He chose to address them not in the capacity of a collective leadership of Europe, but individually. It was the right approach. Because being addressed individually, they were still facing each other around that huge table. So, Zelensky was speaking to them in the way a kindergarten teacher speaks to the senior group of children. Composed, without a slight hint of a hysteric, but knowing, naming and addressing  the faults of each of the children in front of a teacher.

Such a pedagogical method does exist. I am referring to that, as my mom was a legendary teacher in Ukraine for over 40 years of an extraordinary career there. She never did raise her voice to any of her pupils for all these years, always spoke with them or their parents individually, in order not to humiliate any of them. Until the point when a child continued to misbehave despite many attempts to correct his behaviour. To speak about a pupil’s incurable behaviour in front of a class was, according to my mom, the last resort. Often, it worked.

In the Volodymyr Zelensky’s family, there are two generations of teachers,  his father is a university senior teacher, and his paternal grandmother was a highly appreciated teacher as well.  So, he knows something about pedagogics, it seems.

In his interaction with the leaders of Europe, Volodymyr Zelensky decided to make very clear and public who from the European countries are with Ukraine and support her, and who is in the middle, and who is not. He started with praise of Lithuania, and his face, generally concerned, was enlightened, with a good reason. He was happy and grateful to Latvia and Estonia, to Poland and Finland, to Czech Republic and Slovakia, to Italy and Slovenia. He turned personally to the President of France Macron with yet another effort to convince him to be more articulate in the position of his country, as he was towards the Netherlands. There were countries towards which the President of Ukraine was both diplomatic and clear which is also an interesting expression of his youth dream to become a diplomat – “Luxembourg, we understand each other, Portugal, almost there, Spain, we hope  you will be fully with us soon.”

After that detailed round touching ground with every single head of a state around the huge table, just two countries left. Those for which Volodymyr Zelensky prepared his most serious addressing. Germany and Hungary. With Germany, there was nothing unexpected in what the majority of people in Europe, including the majority of Germany itself,  think about their just impossibly weak position and policy in that deadly Mean War. No rationale can justify this kind of behaviour by the country which has caused such an unspeakable tragedy for so many hundreds of million of people in the XX century, twice so.

And today, on the 31st day of the Mean War, I have at least 31 times asked myself: where on earth is Madame Merkel? She made a generalised one-phrase statement on the second day of the invasion, after which she disappeared from the horizon as if she never was there. I find her public absence appalling, to stay on a diplomatic tune.

But – Hungary. When speaking about that country’s position in the tragedy unfolding in the centre of Europe, just on and next the Ukrainian border , the personality of President Zelensky has become open, and his appeal to Victor ( Orban) was powerful, engaging and very honest. Not often in politics, we are witnessing this kind of honesty, this kind of personal involvement, and this kind of open nerve. Victor had no chance against humanity and justice brought by the President of Ukraine to the table of the Council of Europe.

Volodymyr Zelensky spoke about beautiful Budapest. Very beautiful city indeed. About special Hungarian people. Very true. It spoke to our hearts as well, with my husband’s ancestry right from the Pest bank of the Danube river, from the family of the noble Jewish military and engineers. So, we understood and knew what Volodymyr Zelensky was talking about while praising Budapest and its people. He was sincere.

And then he remembered about the place in that beautiful city which shocks anyone who was there ever once. Especially if one visits there for the first time. The President of Ukraine was telling the prime-minister of Ukraine how he  visited the Budapest embankment with his family. “With my family – repeated it twice, emphatically. – With-my-family-I-was-there!”  Those shoes at the Budapest embankment, they chills one’s heart for once and for good. Those bronze shoes. That incredible, one in the world memorial to the victims of the Holocaust in Budapest who were thrown into the Danube from that very embankment , many of the alive, in one of the horrendous crimes of the Holocaust committed by the Nazis together with their Hungarian collaborators. Not for once. Repeatedly so. Such was the fashion of that crime which was committed in Budapest repeatedly from November 1944 through January 1945, with up to 15 thousand people murdered in this way. 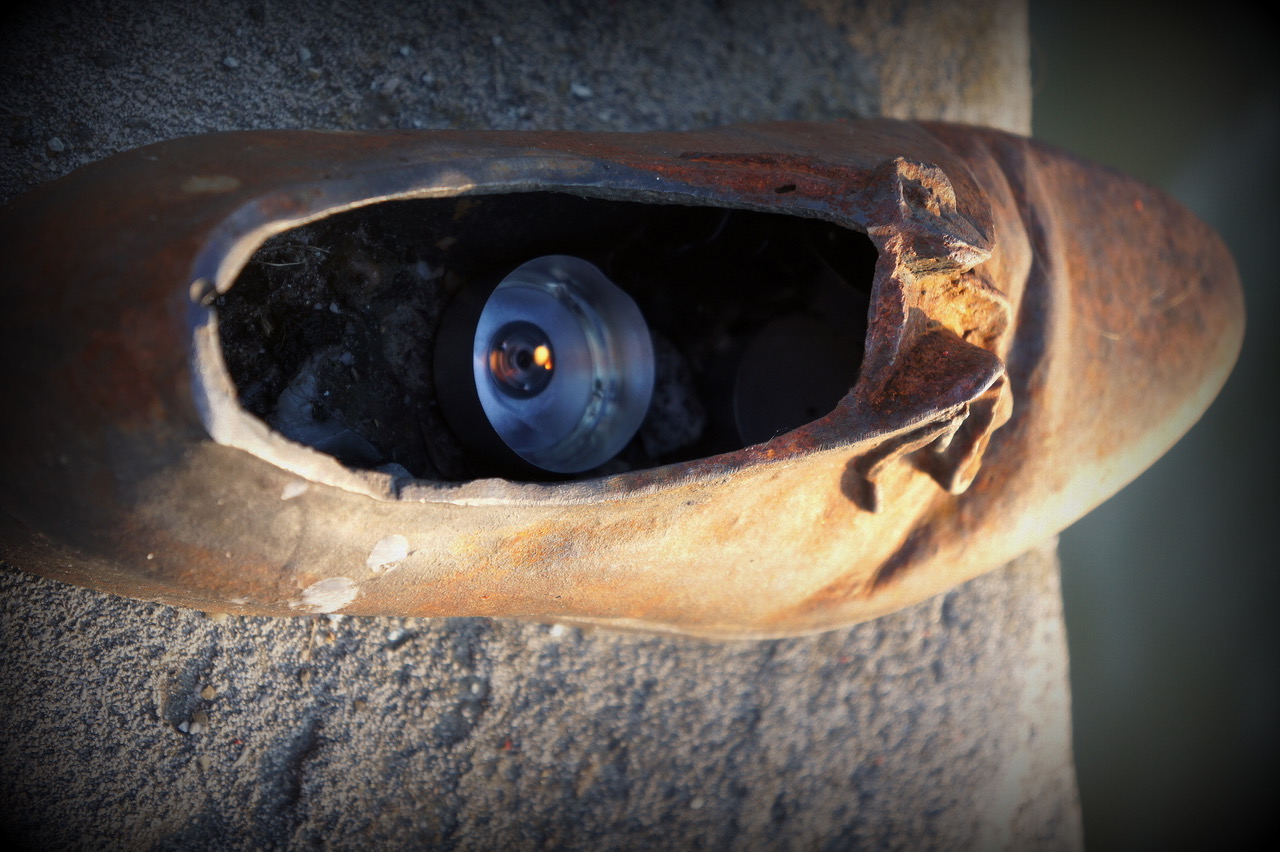 As president Zelensky was speaking about the one of the kind of the Shoes Memorial on the Danube river, he became really emotional. And I was proud of him. His personal, human engagement into the horror of our both people and its memory, has become the strongest reasoning in appealing to organically pro-Moscow  Orban, and it brought it to a different level altogether. It was not about gas, not about tanks. It was about human lives. And in the way Zelensky spoke about it, one cannot fake it.

“Victor, do visit your embankment in Budapest again. And think about what kind of destiny can fall upon your people again’. Not only was it the best possible reasoning in the Ukrainian leader’s effort to bring at least some justice in international politics, with regard to Hungary. And actually, anyone else’s position in the current Mean War. It was also the most human, powerful, strong message that one can produce in the midst of irrational vicious aggression allowed to go on in the centre of Europe for over a month.

Whatever will happen as the Mean War is still going on, Volodymyr Zelensky did show many admirable qualities, defined, in my opinion, by his own personal humanity. 16 years of Madame Merkel in power has been nullified by her appalling silence during the first month of the Mean War. 14 years of Victor Orban experience as the strong man of Hungary has been publicly put in question thanks to very timely reminding about it to all of us by the inexperienced politician and young enough 44- year old man who leads Ukraine today. 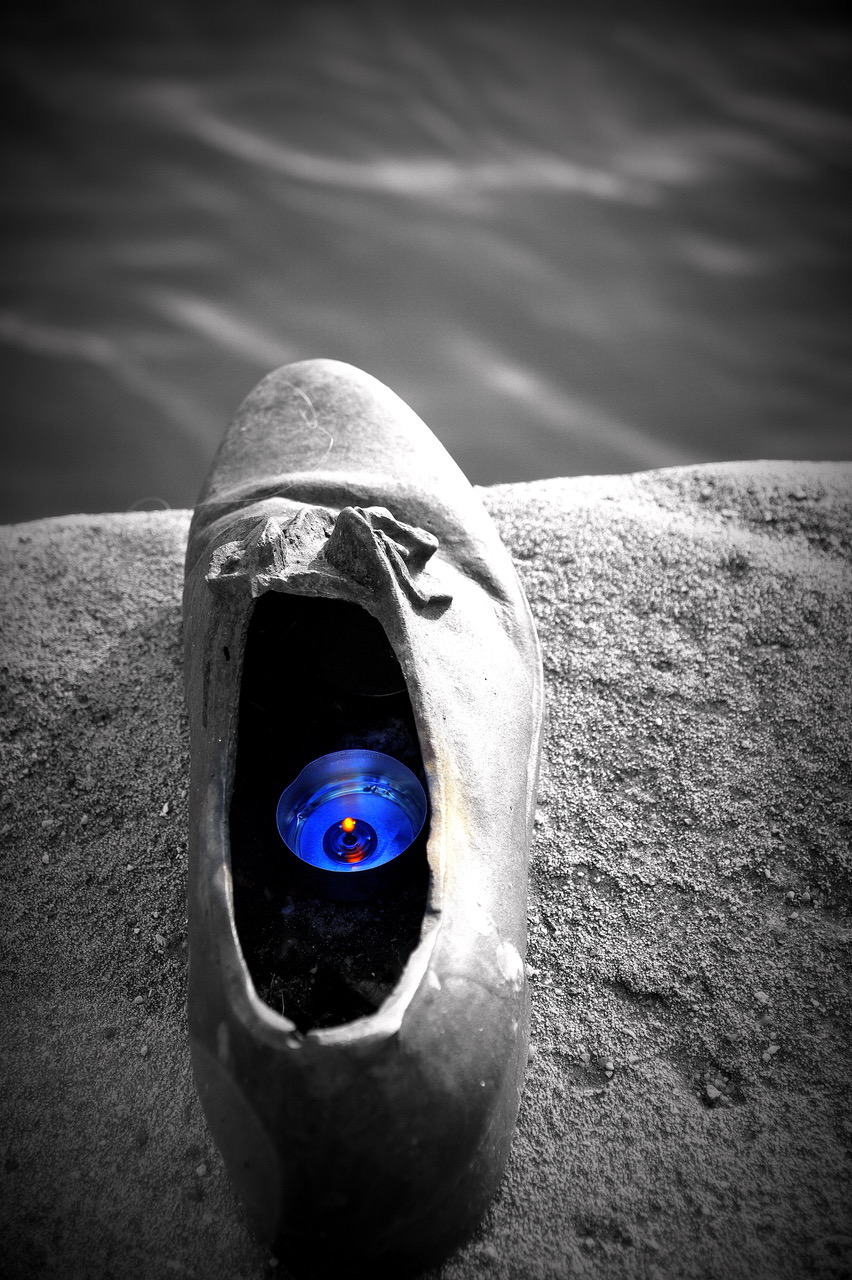 The whole Europe has been divided anew, because of the European countries’ individual reaction towards the Mean War and their response to it, as it has been vividly and very convincingly illustrated for us all by President Zelensky. This division goes through the most important of lines, through the line of morale. And it will get into the history book exactly as portrayed by the President Zelensky at the recent meeting of the Council of Europe, on March 25th, 2022.

Go visit your embankment in Budapest, Victor. And Angela, whichever monument you, Madame Merkel, would prefer to visit. Your country happens to have too many of them. And all those who need any additional convincing, practically all European countries have places of conscience-refreshing visits. It might be useful.