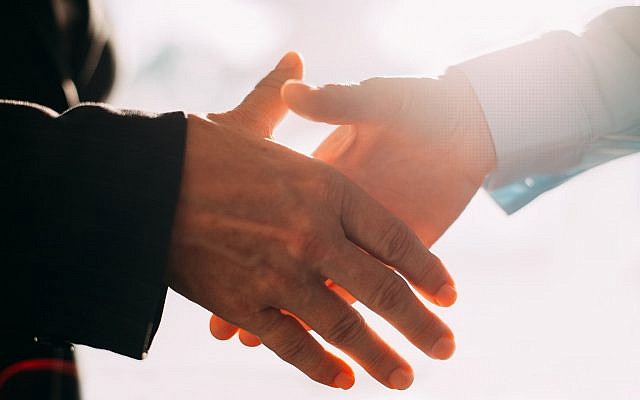 There’s a famous story (whether it’s true or not is unknown, as it has never been authenticated) about an Orthodox Jewish man who was making his way up Route 17 on Friday afternoon to join his family in the Catskills for Shabbat. He saw a man wearing a yarmulke, bending over his car at the side of the road. One of the tires on his car was flat, and he looked like he needed help.

The driver pulled over to the side of the road, approached the man, helped him change the wheel, and wished him “Good Shabbos.” The man thanked him, took his yarmulke off, and put it in his pocket. The driver gave the man a quizzical look, at which point the man who he assisted turned to the driver and explained: “Oh, I’m not Jewish. It’s just that I know that if I’m wearing one of these skullcaps, someone Jewish will stop and come to help me.”

It’s a humorous story, and it particularly hits home with members of the observant Jewish community because many of us would likely do the exact same thing – pull over in our car to help another person wearing a yarmulke who was in need of help.

Recently I’ve been thinking about this story because I believe there have been some seminal events that we have experienced – and that have contributed to a loss of trust in our fellow Jews.

I’m specifically thinking of the Chaim Walder case and the Bernard Madoff story a decade or so before that.

Chaim Walder sexually abused dozens of young women, according to their testimony in front of a beit din (Jewish court), and many of his unfortunate victims are still terribly scarred by his heinous actions. But there is an additional victim in this horrible story – and that is the loss of trust that we have in others.

Walder was able to get away with his actions for as long as he did because his victims trusted him as an honorable person and others in the community who were made aware of his abuse did not believe that someone like Walder could commit such despicable acts.

Since the story broke and exploded in the media, many of us in the Orthodox community have become more sensitive to this issue, and will question whether we should blindly trust rabbis and other individuals in power. And that is certainly a positive outcome.

However, along with this benefit has come a very unfortunate outcome. We have lost our basic trust in others in the communities in which we live. The truth is that for every one abuser, there are thousands of good, honest, and ethical individuals who we can and should trust. The overwhelming majority is good … it’s only a small minority that is evil. As the upstanding and ethical majority, we must put in place protective shields that will prevent the minority from acting on its immoral and sordid intentions.

The Bernie Madoff story is another example of how we have lost our trust. Madoff defrauded his clients across the world of $50 billion, but the center of his operation – and the one where he was able to make his most valuable connections – was the Modern Orthodox community.

Among the institutions that lost millions of dollars invested with him were Yeshiva University, Kehilath Jeshurun synagogue, and Maimonides, Ramaz, and SAR Academy. Individual members of the Fifth Avenue Synagogue collectively lost $2 billion.

How could such reputable nonprofit organizations with smart and thoughtful members of their boards be so naïve in giving away millions of dollars of their valuable equity to someone like Madoff? How could individual investors hand over their entire portfolios to Madoff without even performing any due diligence? The answer, unfortunately, lies in the trust they had of other people in power who believed he was honest, forthright, and a brilliant financier. And that trust emerged from the close-knit aspects of the Modern Orthodox community.

Professor Samuel Heilman, a distinguished professor of sociology at the City University of New York, explained the phenomenon in this way: “There’s always been a feeling in the Modern Orthodox world that ‘our people’ share many things in common – the same schools, the same diet, a way of life we feel at home in. And it’s a network that can be used, like any network, for good or for evil.”

We have been celebrating Pesach with our families, beginning the seder with the words, “Kol dichfin yeitei v’yeichol (All who are hungry should come and eat).” No doubt our parents and grandparents a generation or two ago would have taken this to heart, and if a stranger knocked on their door on Pesach evening, they would have invited them in to join the meal and participate in the seder. Unfortunately, because of some of the incidents that I’ve described, we have become much more suspicious of people we don’t know – and I wonder if our hospitality has suffered because of it. Would we turn away a stranger we did not know who asked to join us at our seder, for fear that he might be an axe murderer? Should we?

There are no clear answers to this question. On the one hand, it’s admirable that we are being more careful about the people we trust – and I think this will pay dividends down the road. On the other hand, I crave a more innocent time, when deals were made between members of our community with a handshake and a l’chaim and the need to vet out individuals we dealt with was not nearly as important as it is today.

Many years ago, I drove to shul on Friday night for services, just a few minutes before Shabbat was going to start. I found a young couple in front of the shul with a suitcase by their side. They told me they were headed to New Haven, but there was horrendous traffic on I-95 and there was no way they were going to make it to New Haven before Shabbat started. They knew there was an Orthodox synagogue in Stamford, so they got off the highway and headed to the local shul.

I told them to get in the car and I would drive them to our home before Shabbat, as they were going to be our guests. No questions asked.

It turned out to be a lovely Shabbat, and we knew some folks in common. I wonder, though, what I would do today if the same thing happened.

Let’s certainly be vigilant in whom we place our trust. At the same time, let’s maintain the wonderful aspects of brotherhood and hospitality that make our community so special. It’s a difficult balance, but I think it can be achieved.