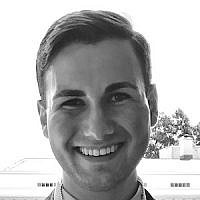 The Blogs
Lee Wilson
Apply for a Blog
Please note that the posts on The Blogs are contributed by third parties. The opinions, facts and any media content in them are presented solely by the authors, and neither The Times of Israel nor its partners assume any responsibility for them. Please contact us in case of abuse. In case of abuse,
Report this post.

Coming from an interfaith family, I grew up believing that the two sides of my family were drastically different. My mom’s side of the family is from Eastern Europe and is Jewish and my dad’s is from Western and Northern Europe and is Protestant. I was convinced that Christians could not relate to the persecution and oppression that the Jewish people have endured in several different places and at a series of different times in history. However, when I discovered that my first ancestor to arrive in North America was in fact a refugee fleeing religious intolerance, but was not Jewish, I began to see the world a little bit differently. 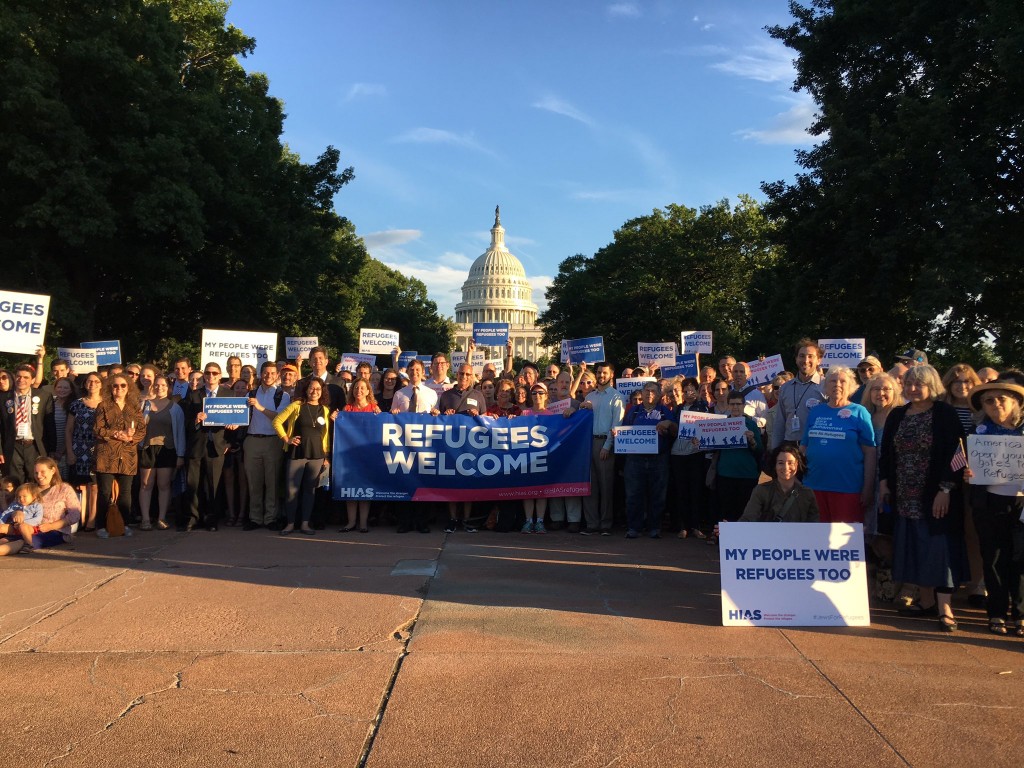 On June 6, 2017, participants attended a vigil on Capitol Hill in memory of the M.S. St. Louis passengers. (Courtesy HIAS)

The first person to arrive in my family was a woman by the name of Mary Chilton. She came, along with her mother and father, to escape religious persecution in James VI & I’s England on the Mayflower. When I learned this, I realized that the discrimination faced by my father’s ancestors were not dissimilar from those of my mother’s.

As the descendant of Jews fleeing persecution in Eastern Europe at the turn of the twentieth century, I know how lucky I am that this country welcomed my ancestors. At the same time, I recognize how imperative it is that we continue to welcome those trying to escape that same oppression today.

HIAS was created over 135 years ago to resettle Jewish refugees, mostly from Eastern Europe. With very few Jewish refugees in the world today, HIAS has undergone a transition to help refugees of all races, ethnicities, and backgrounds.

It can be easy to forget that this is not the first time that the United States has turned its back on refugees. There have been periods in American history where Jewish refugees were seen as dangerous to national security. One of the most well-known moments was when over 900 German Jews were off the shore of the United States on the M.S. St. Louis, trying to escape Nazi Germany. Fearing that these refugees were German spies, the U.S. government sent the ship back to Europe. Over a quarter of the passengers ultimately perished in the Holocaust.

Over the past few years, the Jewish community in the United States has made strides in responding to the current refugee crisis. This year, 2,000 rabbis came together to show their support for welcoming refugees into this country, despite President Trump’s efforts to ban refugees. More than 360 synagogues have joined the HIAS Welcome Campaign to advocate for refugees, raise awareness about the crisis, and welcome refugees into their local communities.

Many communities in New Jersey have welcomed Syrian refugees and created programs to help bring them into the folds of their community. In addition, tens of thousands of American Jews have taken action for refugees all over the country. The Jewish response to this global crisis has been remarkable and a true collective effort to stand up for refugees. 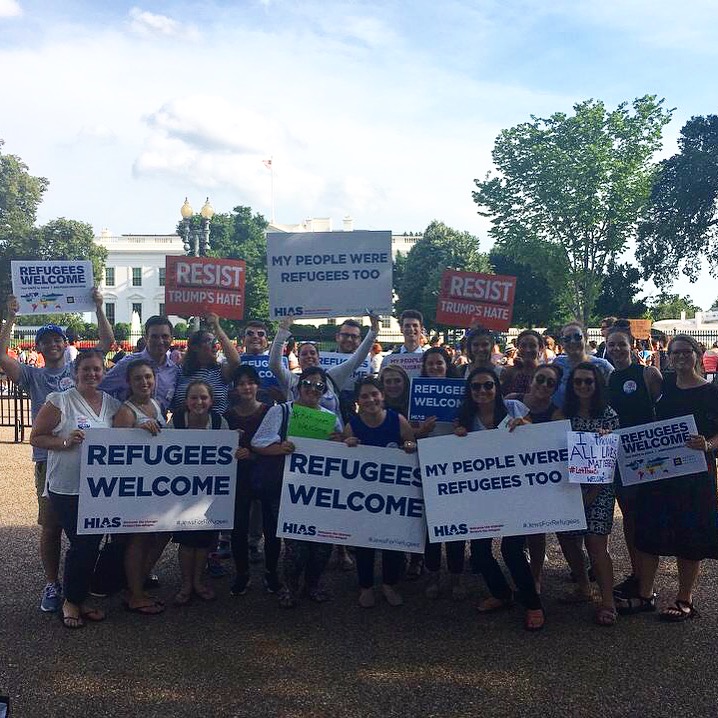 Some activists gathered for a rally in front of the White House to celebrate World Refugee Day, on June 20, and to stand up to the Trump Administration’s anti-refugee policies. (Deborah Goldberg)

Still, it amazes me how people continue to think that refugees are dangerous. Refugees go through the most difficult screenings of any foreign person entering our country, which often takes years to complete.

There is also a common misconception that refugees are a burden on our economy. Despite what some Americans believe, there have been several studies conducted that prove the exact opposite. Although refugees require some government spending to be properly resettled, they bring at least double, and in some cases ten times, back to our economy. Thus, it is essential and imperative that Congress funds the resettlement of 75,000 refugees next year, rather than cut the program’s already minuscule budget.

We cannot sit idly by as millions of our global citizens remain homeless all over the world. With over 65 million refugees, asylum seekers, and internally displaced persons across the globe, we are facing the worst refugee crisis in history. That is approximately the combined population of California and Texas. We cannot turn people away who deserve our help.

One thing anyone can do is ask their elected officials to support President Trump resettling at least 75,000 refugees in 2018, and to oppose the administration’s restrictive interpretation of the Supreme Court’s ruling on the refugee and travel ban.

We must continue to stand up to fear and hate and instead show love and compassion. Just as my ancestors were able to find hope and safety here, so should people who are fleeing oppression and persecution today.

About the Author
Lee Wilson is a rising senior at Brandeis University, where he is double majoring in Economics and International & Global Studies. He has lived in Bergen County for his entire life and grown up at Temple Beth Or in the Township of Washington.
Related Topics
Related Posts
Comments